Max Verstappen pushed Lewis Hamilton all the way in rain-hit qualifying for the Styrian Grand Prix on Saturday, but ultimately he didn't have the speed to knock the Mercedes driver off pole.

Hamilton led Verstappen by a narrow margin in Q1 and Q2, but ended up over a second faster than the Red Bull in the final round - which saw Verstappen spin off at the final corner on his last all-out push in the pole shoot-out.

“Overall it was a good qualifying but in Q3 it was raining a lot more," he explained to Paul di Resta in parc ferme after the end of the session.

“It seemed like we were struggling a bit more in like the really wet conditions," he continued. "I wasn’t as happy with the balance with a lot of oversteer.

"I was just aquaplaning a lot more and I couldn't really put the power done and combine corners.

“It was not easy, I tried to be a bit close to the guy ahead to try and stay in his tracks to have a little bit less water," he added. “It's just very tricky out there."

Verstappen threw everything he had into his final qualifying effort, only to spin as he went through the final two corners. "The last lap would have been better," he insisted. " I don't think it was enough to beat Lewis, but basically overall it was quite good.”

In the official FIA post-qualifying press conference, Verstappen further explained what had led to his spin, revealing that he had already suffered two big snaps of oversteer in turn 6 and turn 8.

It left him off-balance heading into the final two turns when he had the misfortune of coming up behind the Ferrari of Sebastian Vettel which was heading into pit lane. 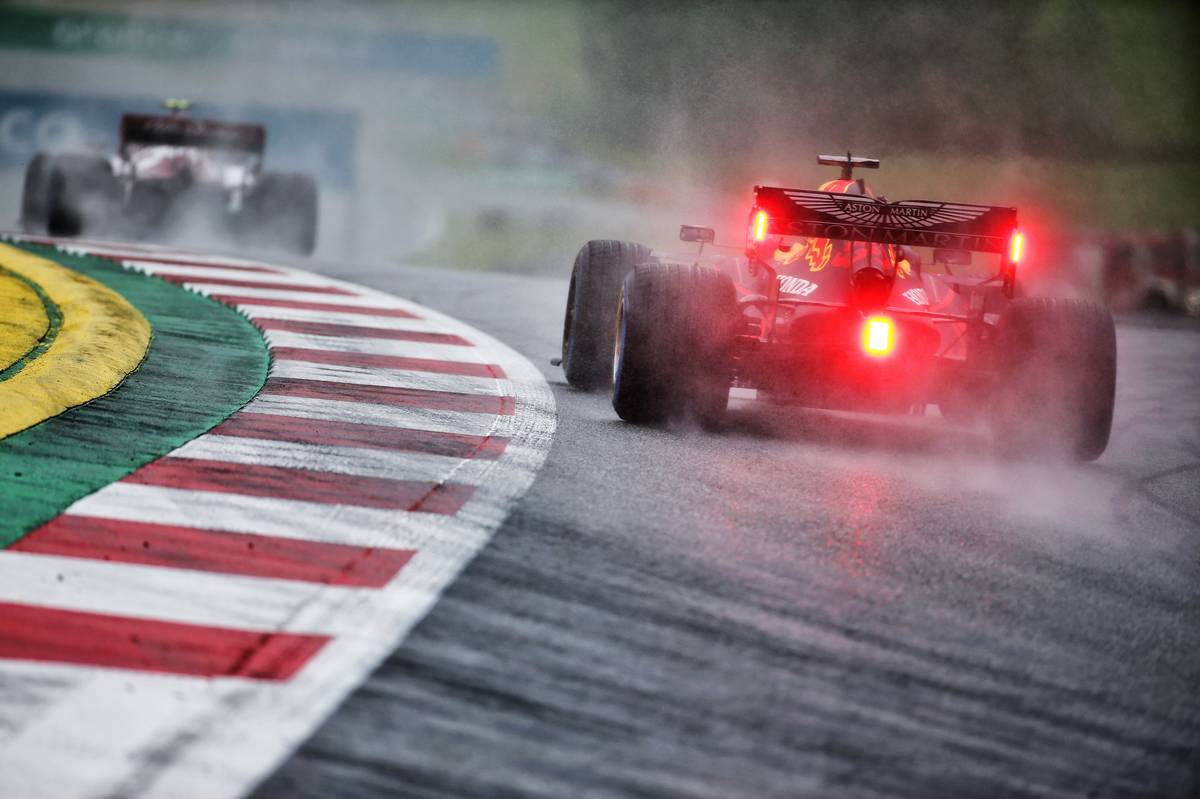 “I guess it was Seb going in the pits, you couldn't even see the colour of the car [because of the rain]," he said. “I understeered because of it and then I went a bit wide.

"I came onto the kerb on the exit and then I lost it," he continued. "So I had a four-wheel drift into the last corner! But anyway, it was not good enough of a lap to beat Lewis.”

Throughout the session, visibility and traffic on the short Red Bull Ring circuit had been a chronic problem. "It's not very enjoyable out there, but you know it's the same for everyone so you have to deal with that," he said.

“Visibility was horrible. First of all, from the tyres, you can't see a thing. Even when you're six seconds beyond, it's already very hard to see the braking zones.

"Q1 was so busy," he continued. "You couldn’t see a thing, you always had to drop [back to] leave a bit of space, so you could so a lap. 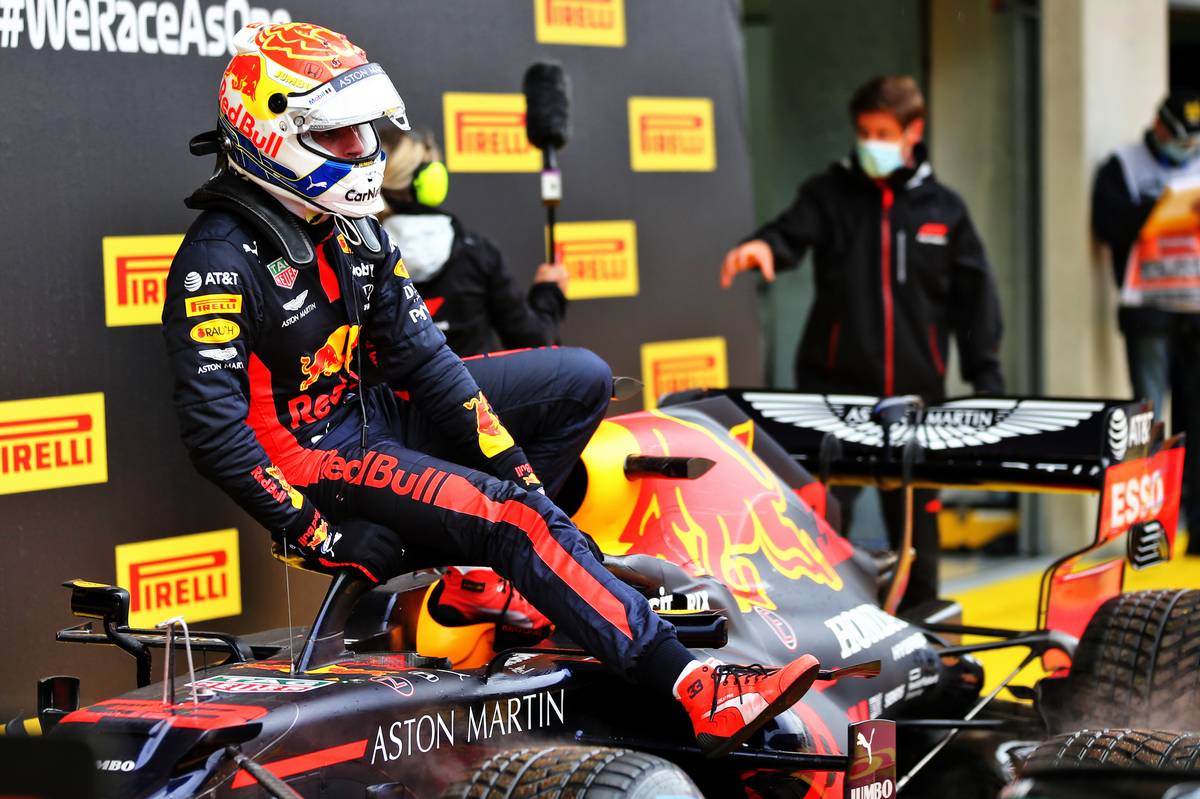 "Basically in the whole of Q1, I didn’t really have a free lap. But it was still all right, and the track wasn't too bad to drive on.

"It was all going well – same in Q2 actually – I think it was all pretty good," he said. “But then towards the end it started to rain a bit more, and immediately sector two was becoming more tricky.

"I couldn’t really improve my last two or three laps. But it was good enough of course to go to Q3, and then Q3 was very difficult, for me at least. Just a lot of standing water.

“I lost quite a lot of grip and it didn’t feel as good as it did in Q1 and Q2. But of course to be second is alright."

It leaves the Dutch driver in a strong position on the front row of the grid for Sunday's race, which should see a return to the dry, sunny and hot conditions that benefitted the Red Bull last week. 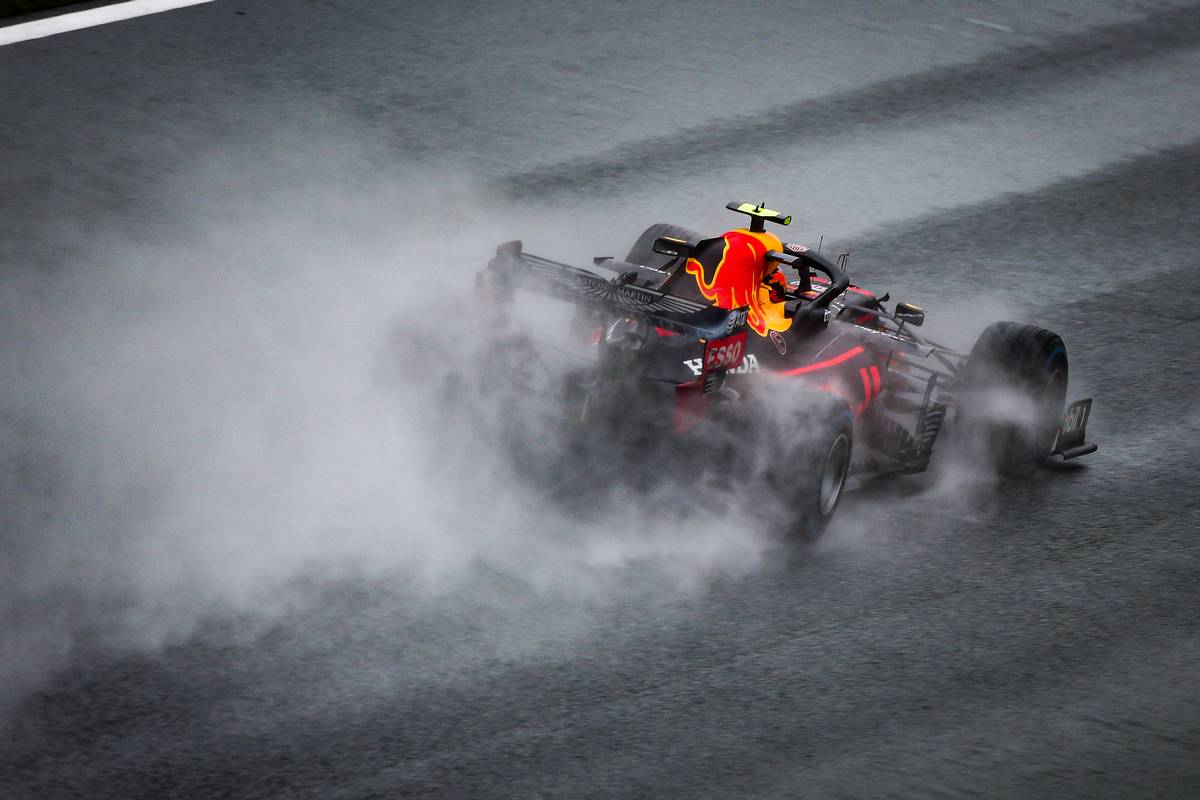 "In the dry we can have a good shot at it and see how it's going to go," he agreed. "Starting on the front row gives us a good opportunity tomorrow to collect some good points and hopefully we can give Mercedes a hard time.

"I think the car in general is better than last week, so I'm looking forward to that.”

His team mate Alexander Albon will start from sixth place on the grid, after also going off on his final flying lap on Q3.

"It was my mistake," he said. "I just went off on my last lap as the track was improving and getting quicker otherwise I think we could have been P3.

"I was maybe a bit happier with the car balance last weekend so we’ve got some work to do and we’ll study tonight.

"Our race pace is strong as we saw last week, so let’s see what’s for the taking. We’ll have to be smart with the strategy as everyone knows what to expect tomorrow after last Sunday."

Sainz credits team for shining in 'quite stressful' qualifying 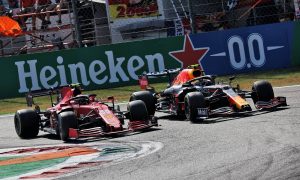 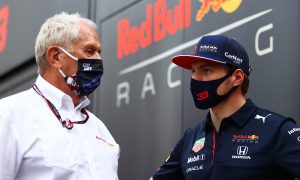