Lewis Hamilton admitted that winning pole position for this weekend's Hungarian Grand Prix had required a lap of 'absolute perfection'.

The reigning world champion eclipsed last year's pole position time at the Hungaroring set by Max Verstappen by over a full second, despite brief spells of light rain sweeping over the circuit.

Although he was outpaced by Racing Point's Sergio Perez and Lance Stroll in the first round of qualifying, Hamilton was quickest in Q2, and after that it was a straight duel between him and his Mercedes team mate for pole in Q3.

“Valtteri doesn’t make it easy for me at all,” Hamilton said after the end of the session which saw him set a new track record lap time of 1:13.447s, a tenth of a second quicker than Bottas.

“It requires absolute perfection when it comes to doing laps and qualifying like that. is one of the things I enjoy most.

"I'm definitely connected with it, but it's definitely not on rails," he said of the performance of the W11 today. "I'm sure it looks like that maybe compared with some other people. But it was nicely hooked today and not far off the rails.

It's Hamilton's 90th pole position in F1, another milestone that Hamilton admitted left him lost for words. "Crazy I have to pinch myself, it just doesn’t register."

As ever, he was quick to credit the Mercedes team for putting him out in front once again. "I’m massively thankful to everyone back home and the guys here who do such an amazing job.

“It’s quite humbling to be honest, because I get to work with an incredible group of people, who without I wouldn’t be able to have the opportunity to do so."

But despite the team's dominance on Saturday, Hamilton as aware that it was going to be another challenge entirely on Sunday afternoon.

“It’s a long run down to turn one so nothing’s a given here,” he pointed out. “We’ve just got to do the work this evening, and ultimately I’ve got to deliver on the start tomorrow.

“It's quite a long race and we don’t know what this weather’s going to do," he added. "I’m going to have my head down and be focusing as hard as I can to try to bring a one-two home for the team.” 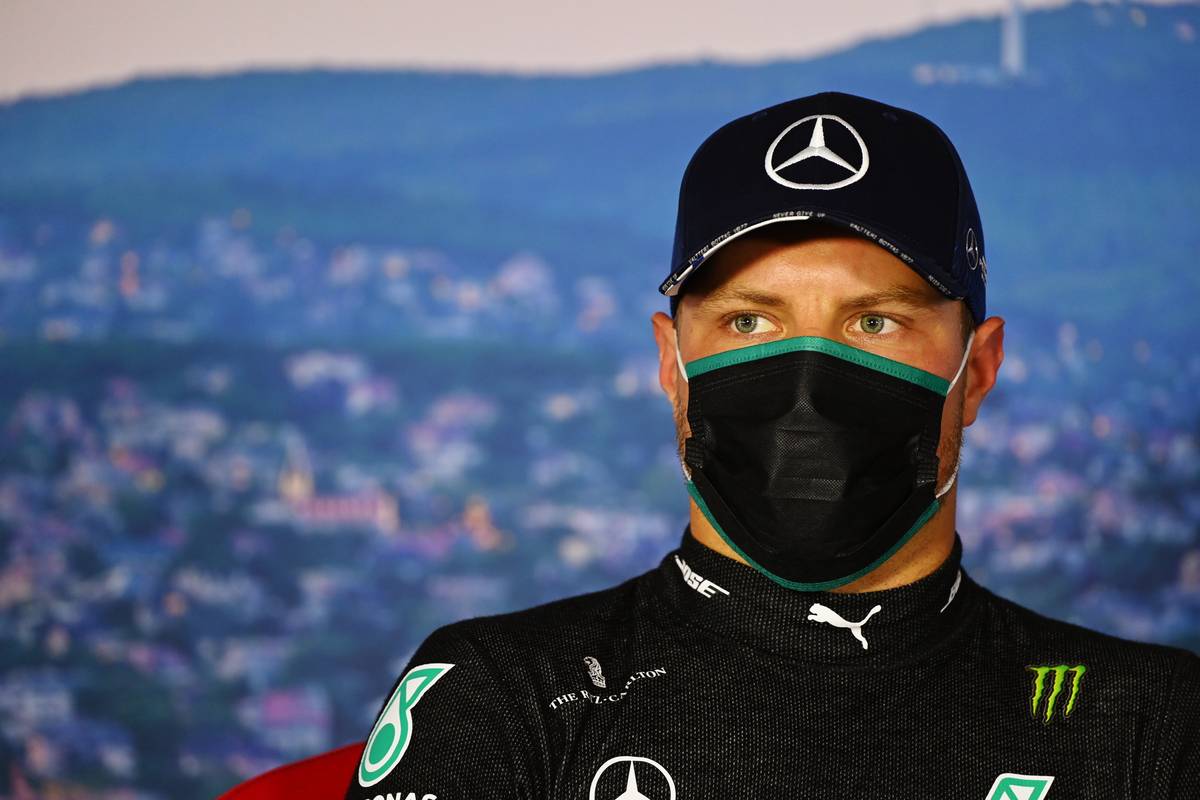 Bottas won't be giving his team mate a free ride, and still has his eyes on winning that dash into the first corner and giving Hamilton a run for his money.

"As a team again we were again on a really strong level, pretty far from other teams which is good for us," he said. "My laps were okay.

"At the end, the Q3 lap was actually really good but I really couldn't go faster," he admitted. "Lewis did a great job to get pole, as always.

"It's going to be a bit of a drag race into turn 1 between us, so I'll look forward to that."

Bottas is still the championship points leader after two rounds in Austria, and knows he will have to battle to keep that advantage over Hamilton on Sunday.

"What I need is to win races to maintain that, so that's going to be the only goal tomorrow. I'm sure the first lap will be interesting!"