For the third time this season, a kneel observance was scheduled before the start of the Hungarian Grand Prix, but the routine was a botched affair during which several drivers either joined in late into the act or not at all, while a few once again donned the 'End Racism' t-shirt but stood during the brief ceremonial.

After the race, Hamilton expressed his frustration with the difficulty of bringing everyone onboard with the message in a sustained way, while the reigning world champion also criticized F1 for not providing the drivers with a formal platform in order to ensure a collective and coordinated presence of the group.

"Moving forwards, we need to speak to Formula 1 as they have got to do a better job," Hamilton told Sky Sports F1.

"It was such a rush. I was getting out of the car, running over, quickly taking a knee. They need to do more.

"I don't know why they only did it for the first race on the start. They have not done it since then.

"They have come out to say they are fighting for diversity and to end racism, but they are not giving us the platform to continue that.

"It is all rushed, so I think they need to give us more time. I will be speaking to them, probably send an email over the next couple of days and try to coordinate with them on that.

"Because they do want to, but I guess there was not good enough communication." 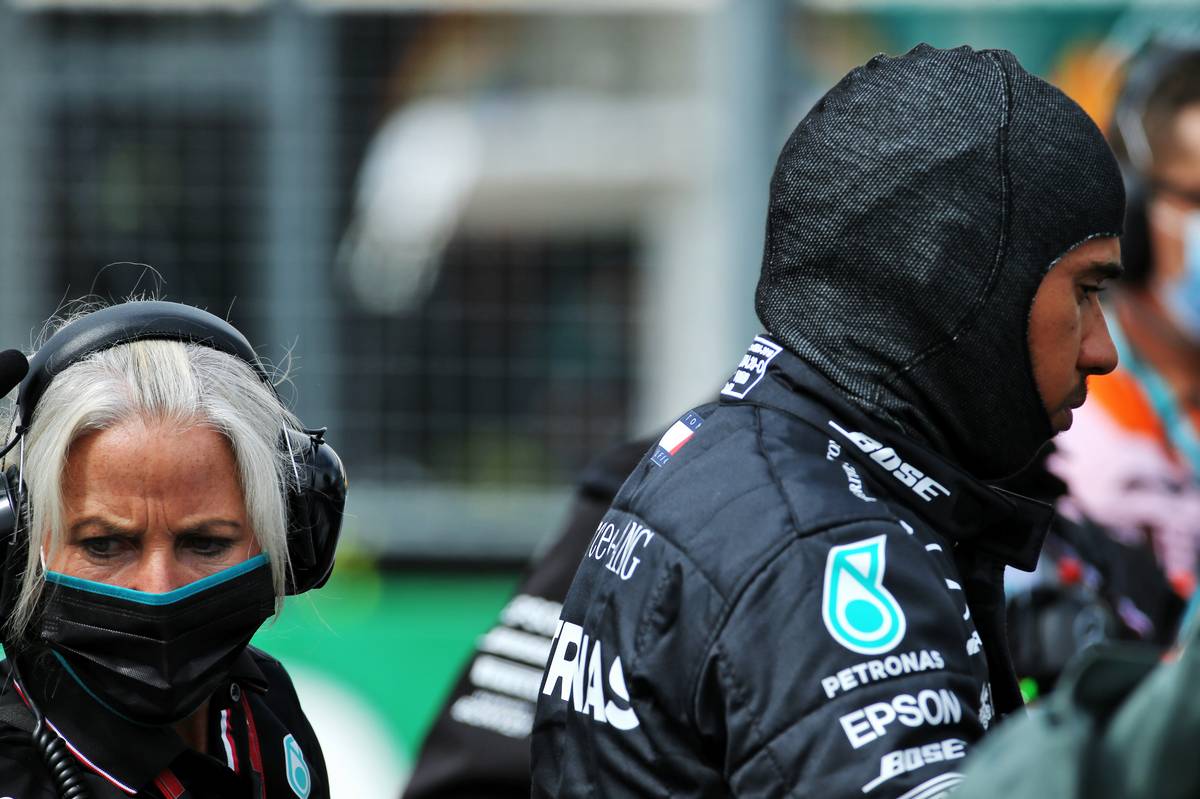 It was revealed that GPDA chairman Romain Grosjean is in the camp of those who believe that the symbolic gesture has run its course and that there is no need to repeat the kneeling act at every race.

But Hamilton took exception with the Frenchman's point of view.

"He doesn't think it is important to do it," Hamilton said. "He is one that thinks we did it once and that is all we need to do.

"So I tried to speak to him about what the problem is, and it isn't going away, so we have to continue to fight for it.

"I think this time he didn't mention anything in the drivers' briefing and neither did Sebastian [Vettel]. Sebastian and I messaged each other, and he stressed, as I did, the importance to continue to do it."

Hamilton later followed up his comments with a post on Instagram in which he elaborated on the thoughts he expressed after the race.

Today I raced for everyone out there who is pushing to make positive change and fight inequality, however, sadly, as a sport we need to do so much more. It is embarrassing that many teams have not made any public commitment to diversity or that we couldn’t properly find time to make a symbolic gesture in support of ending racism before the race. Today felt rushed and massively lacked organisation and effort, which in turn dilutes the message and makes it seem like there was something more important. It doesn’t matter if you stand or kneel, but we should be showing the world that F1 is united in its commitment to equality and inclusivity. F1 and the FIA need to do more. There is no quick fix for racial inequality, but it is certainly something that we can’t just acknowledge once and then move on. We have to stay focussed, keep highlighting the problem and hold those with the power accountable. #BlackLivesMatter #EndRacism