Nico Hulkenberg more than proved his capability in qualifying for the 70th Anniversary Grand Prix on Saturday when he captured third on the grid and 'best of the rest' after the two Mercedes cars.

He was the only driver within a second of the Silver Arrows, and was a tenth quicker than Red Bulls Max Verstappen who will start alongside him in tomorrow's race.

"Bit surprised to be honest to stand here," he told the media after the end of today's session. "Obviously a big smile on my face, but also a lot of respect for the race tomorrow."

A little over a week ago, Hulkenberg was on the sidelines having been dropped by Renault at the end of the 2019 season. But then he got a call from Racing Point boss Otmar Szafnauer asking if he had any plans for the weekend.

That was because Sergio Perez had tested positive for coronavirus, meaning that Hulkenberg was in the car in less than 24 hours for the British Grand Prix.

Unfortunately Hulkenberg didn't start the race because of a technical issue with the car on Sunday. But he was confirmed as having a second chance in this weekend's race with Perez still ruled out on medical ground.

"A crazy couple of last week, last seven, eight days or whatever it is now," he said. "Last week big high to come back, and then the low on Sunday, so [it's been] very extreme. 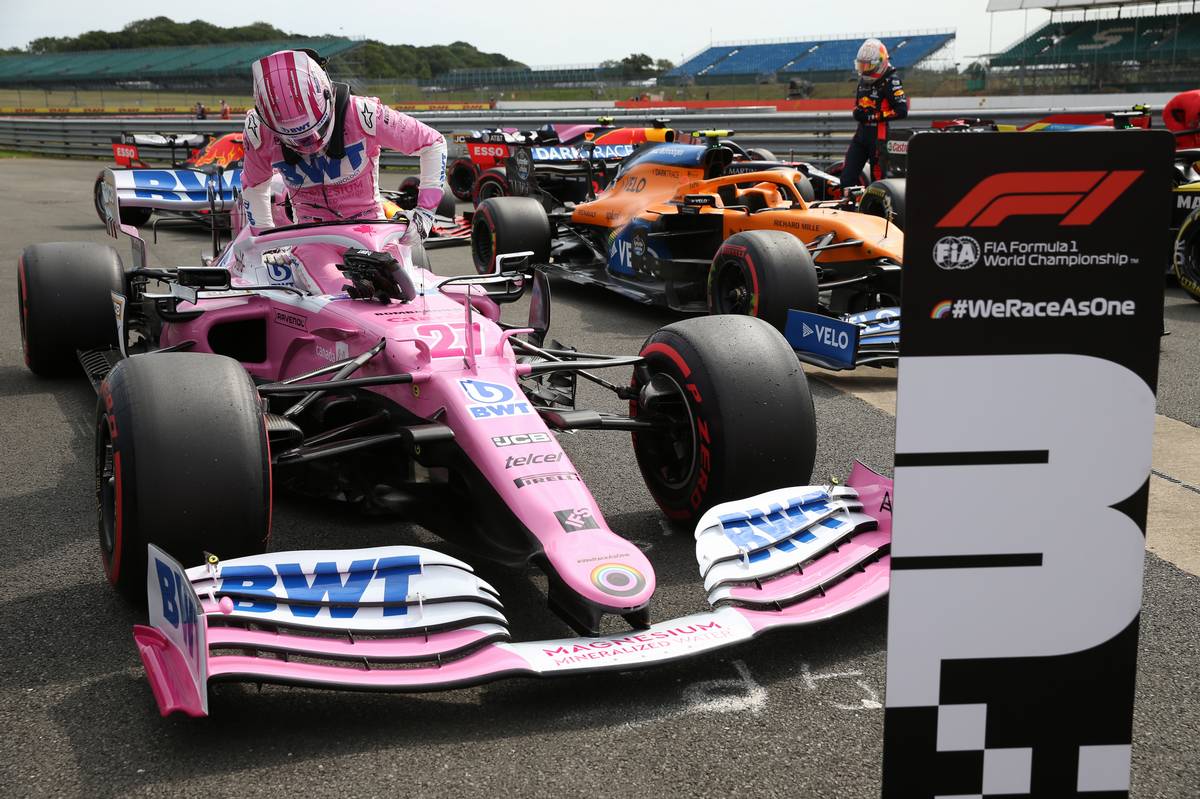 "This weekend I felt much better obviously, in the car, much more prepared," he continued. "Quali was still tricky: in Q2 I made life hard for myself a bit, and I was a bit scared that I damaged the car."

Despite fears that he's damaged the car running wide at Chapel, Hulkenberg was able to continue and pulled something very special out of the baf when it came to the final run of the top-ten pole shoot-out round.

"Q3 was just head down, full beans, whatever I had," he said. "[But] it's only Saturday, it's always Sunday that obviously matters most.

"It's definitely one of the nice little highlights, but it's no time to cheer yet, because tomorrow is the big day."

Having not been racing full time since the end of the 2019 season, Hulkenberg is keenly aware that a full Grand Prix race distance is going to take its physical toll on him.

"That's definitely going to hurt some more, not having last week's experience," he conceded. "And not having gone through the motions there with the start and everything, because it's still new with this car.

"But you know we'll do what we can," he added. "I'll try to learn fast and to keep the car where it deserves to be!"

Hulkenberg's team mate Lance Stroll also made it through to the final round of qualifying and will line up on the grid in sixth place.