It was an evening of firsts in Berlin for Formula E's season finale, with Stoffel Vandoorne and Mercedes enjoying their maiden wins in the all-electric series.

Vandoorne launched his race from pole position but was briefly headed by Nissan e.dams' Sébastien Buemi until a dose of extra power after running over the attack mode activation zone allowed the Belgian to reclaim what was rightfully his.

Running second Buemi fell into the clutches of second Mercedes man Nyck De Vries who struggled to gain an upper hand on the Swiss but finally made it through. 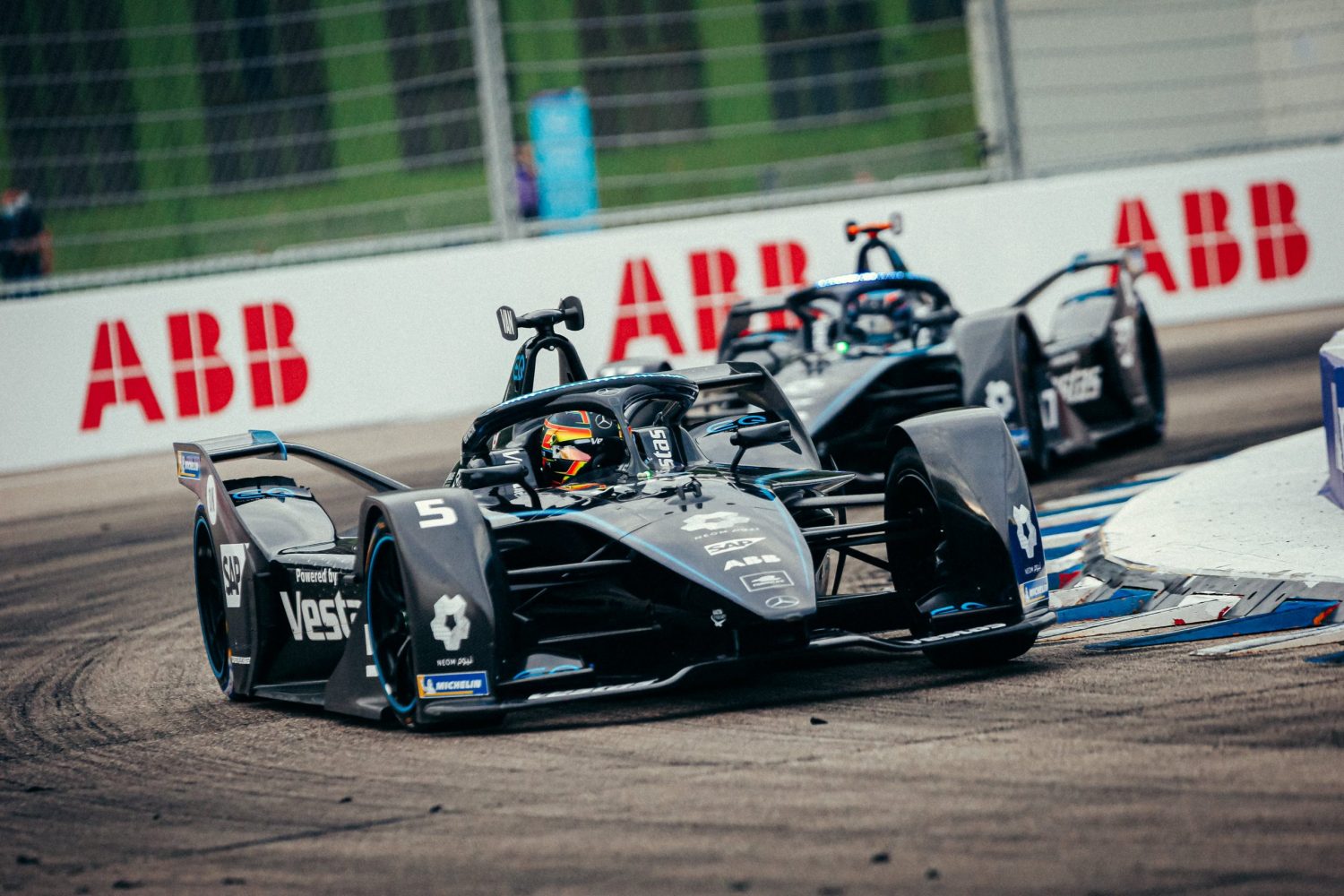 The Dutchman hunted down his teammate but came up short by 1.3s in the end, but completing an impressive Mercedes 1-2.

Buemi secured third, edging Audi René Rast while Envision Virgin Racing's Sam Bird completed the top five, a spot that should have been won by Bird's teammate Robin Frijns had the latter not picked up damage following a contact with Lucas gi Grassi, who finished sixth.

DS Techeetah's Jean-Eric Vergne finished seventh, a position that just allowed Vandoorne to pip the Frenchman for the runner-up spot in the championship standings. 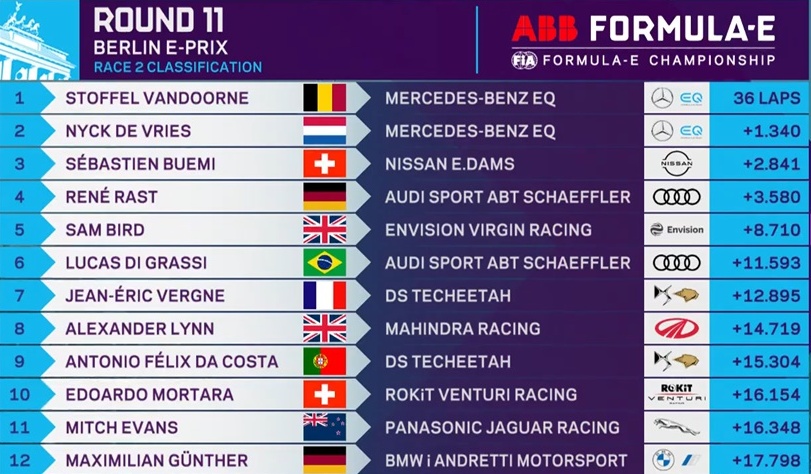