It proved to be a routine day at the office for Mercedes, with Lewis Hamilton and Valtteri Bottas once again securing a front row lock-out for the team at the 2020 Spanish Grand Prix.

It's Hamilton's 92nd pole position and his fourth of the season. Max Verstappen successfully defended third place on the grid from the impressive Racing Points of Sergio Perez and Lance Stroll.

However it was another frustrating and disappointing day for Ferrari, with Charles Leclerc only ninth quickest and Sebastian Vettel missing out on the final round altogether despite a mid-week change of chassis in an attempt to address his recent issues. 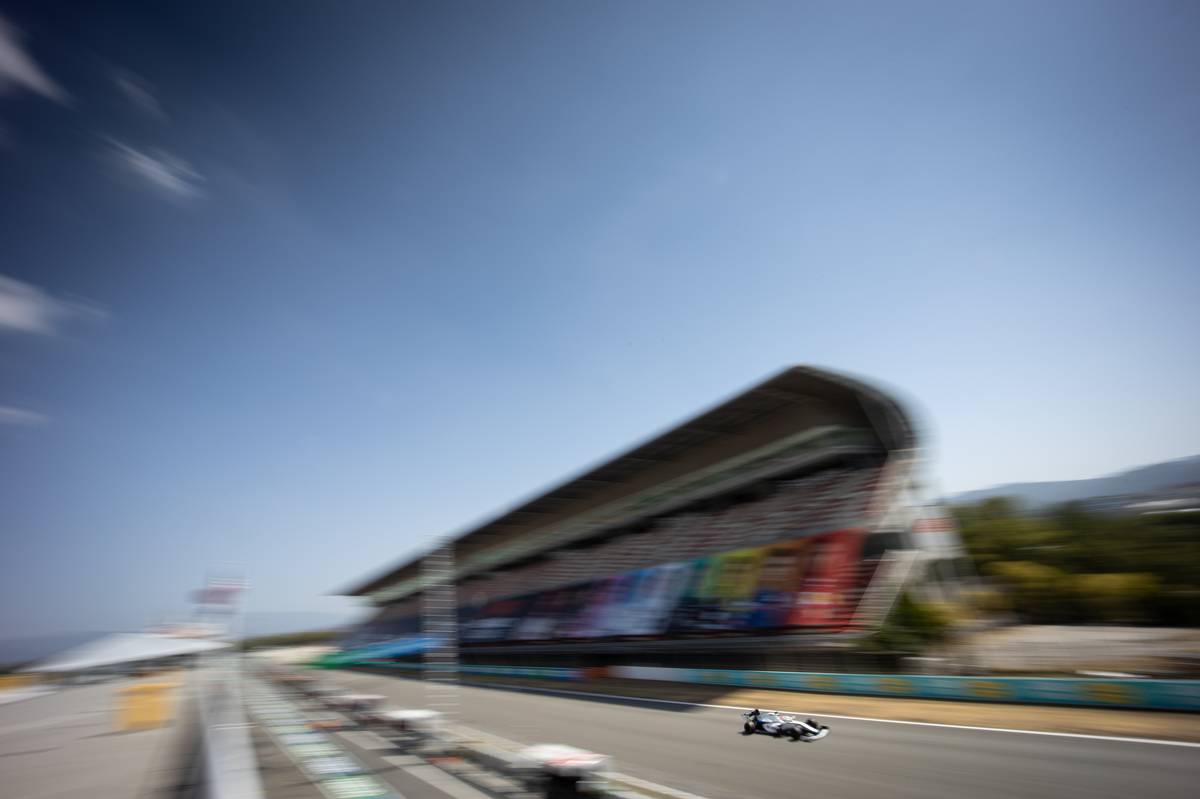 A gorgeous if windy Saturday afternoon at the Circuit de Barcelona-Catalunya greeted the drivers as they emerged from pit lane, but the sun and heat meant that the issue of tyres was once again at the forefront of everyone's minds as qualifying got underway.

First out on track were the two Williams drivers Nicholas Latifi and George Russell, and they had the place to themselves for several minutes before Max Verstappen finally stirred from the Red Bull garage. He had both Lewis Hamilton and Valtteri Bottas hot on his heels, and that signalled the start of a general exodus from pit lane and the start of the session proper.

Verstappen opened his account with a time of 1:17.415s which was narrowly pipped by two thousandths of a second by Bottas, and then more convincingly beaten by Hamilton's 1:17.037s. Racing Point's Sergio Perez and Lance Stroll then split the two Mercedes, leaving Carlos Sainz to slot into sixth place ahead of Charles Leclerc, Pierre Gasly, Alexander Albon and Lando Norris in the top ten. 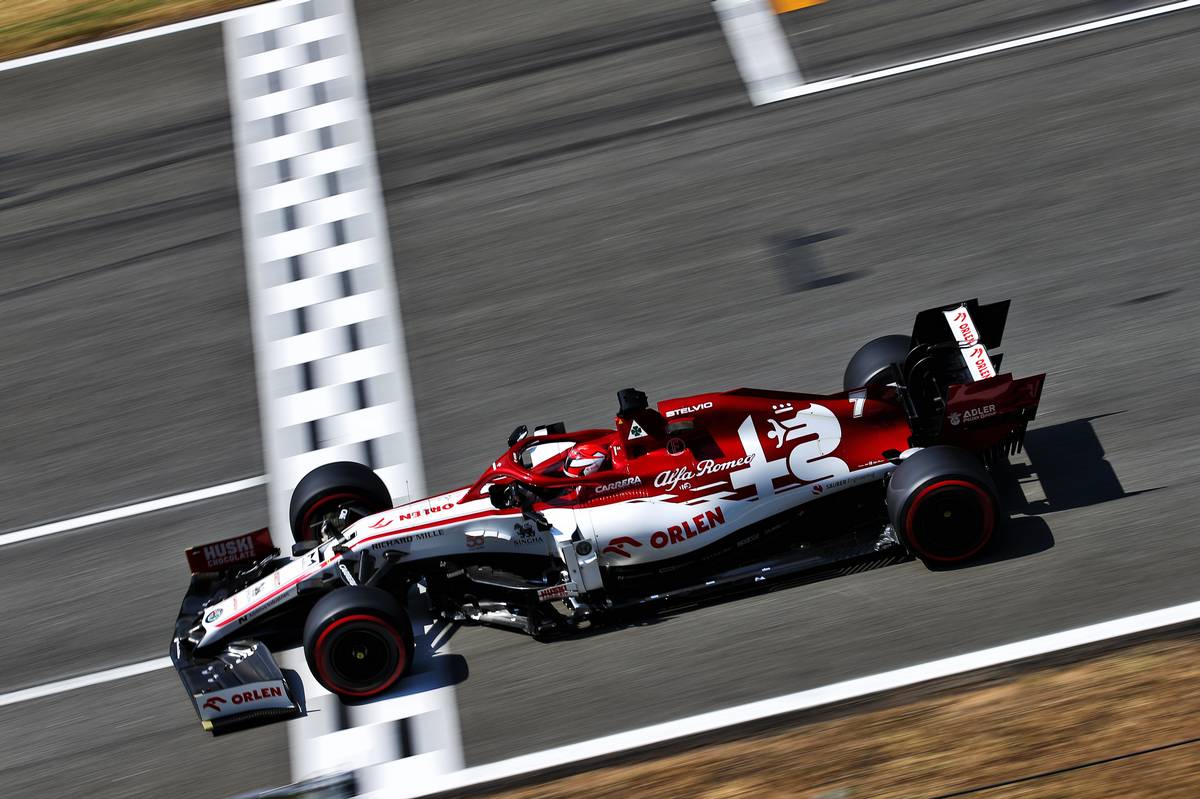 The Renaults and Alfa Romeos were the last to set an opening time. Daniel Ricciardo was immediately up to ninth but Esteban Ocon was down in 13th after his mechanics had worked through lunch to fix the damage to his car from its unfortunate mishap at the end of FP3. Both Alfas were in the drop done along with Latifi and the two Haas drivers, but everyone still had another run to come after the traditional pre-round lull for new tyres.

With just a fraction over one second covering the top 15, everyone felt the need to get back out on track with the exception of the two Racing Points. A number of drivers were able to improve their times, but not by enough to dislodge Hamilton (who improved his time to 1:16.872s) and Perez: Verstappen, Bottas and Leclerc all successfully pushed ahead of Stroll, with Gasly up to seventh ahead of Albon, Sainz and Sebastian Vettel.

Lower down, Kimi Raikkonen found enough time to put himself clear of the drop zone, and in the process he demoted Russell into the bottom five ending his recent run of Q2 appearances. Also left on the sidelines were Kevin Magnussen, Romain Grosjean, Nicholas Latifi and Antonio Giovinazzi. 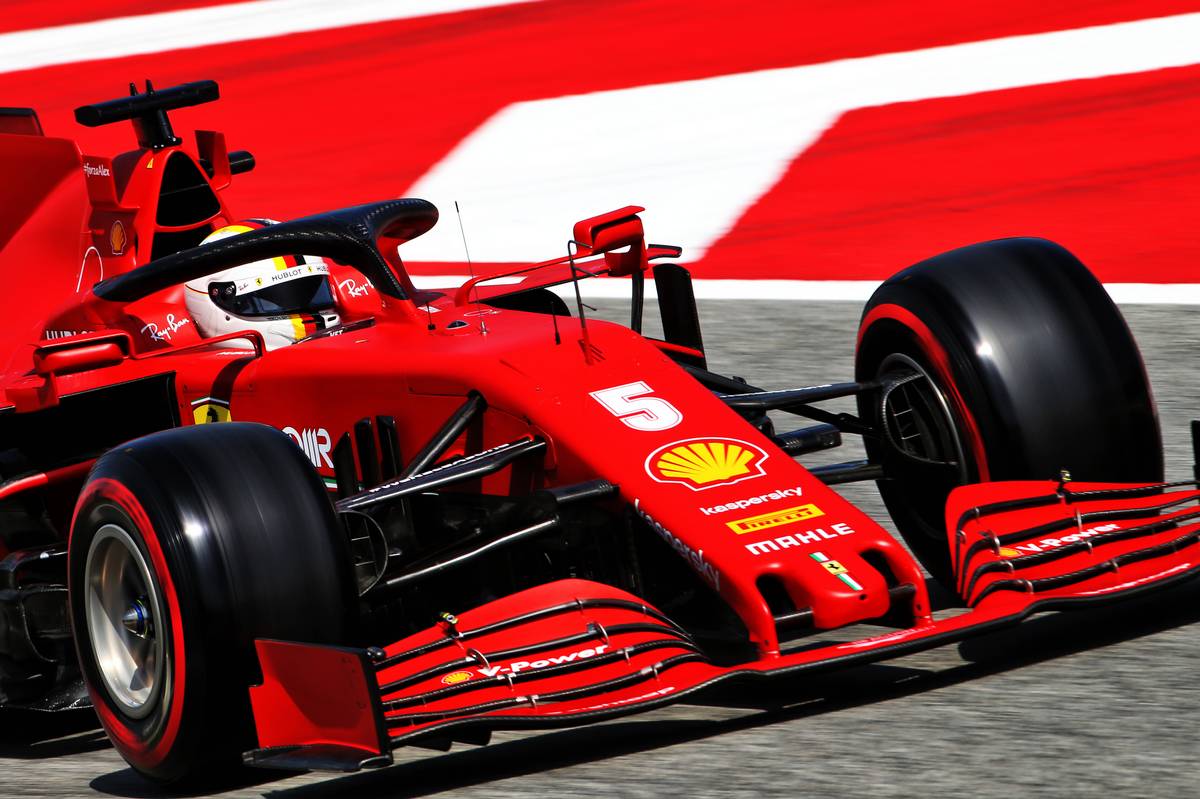 All the laps so far had been completed on the soft compound, but now attention turned to which rubber the teams wanted to use for the start of Sunday's race. Mercedes were first to come out, and they stuck with the red walled tyres for their opening run as Hamilton went top with 1:16.013s putting him 0.139s quicker than Bottas.

Red Bull were next up, and they too were on the soft tyres. Even so, Verstappen was half a second off the two Silver Arrows in third place. As more cars came out and set times it appeared no one felt remotely comfortable in selecting any of the harder compounds. Sergio Perez looked on course to match Verstappen's time until the rear end grip gave up toward the end of the lap, leaving him sixth fastest behind Carlos Sainz and Charles Leclerc.

Leclerc's Ferrari team mate Sebastian Vettel was once again struggling to make it through to the final round, his first Q2 run only good enough for 11th ahead of Ocon and the two AlphaTauris of Pierre Gasly and Daniil Kvyat, with Raikkonen slowest of the group.

After a long lull, everyone poured out of pit lane with just under three and a half minutes remaining on the clock, resulting in a long tailback of traffic as cars vied for clear track to set their fastest times. Only the top three decided there was no point in joining the parade and opted to sit it out in the garage, and their decision proved to be justified as no one was able to better their existing times.

Vettel briefly looked to have dragged himself clear of the elimination zone when a stunning lap from Gasly vaulted the AlphaTauri into fifth place, pushing Vettel back to 11th. It meant that he missed out on Q2 by two thousandths of a second to Lando Norris. Also eliminated were Kvyat, Ricciardo, Raikkonen and Ocon. 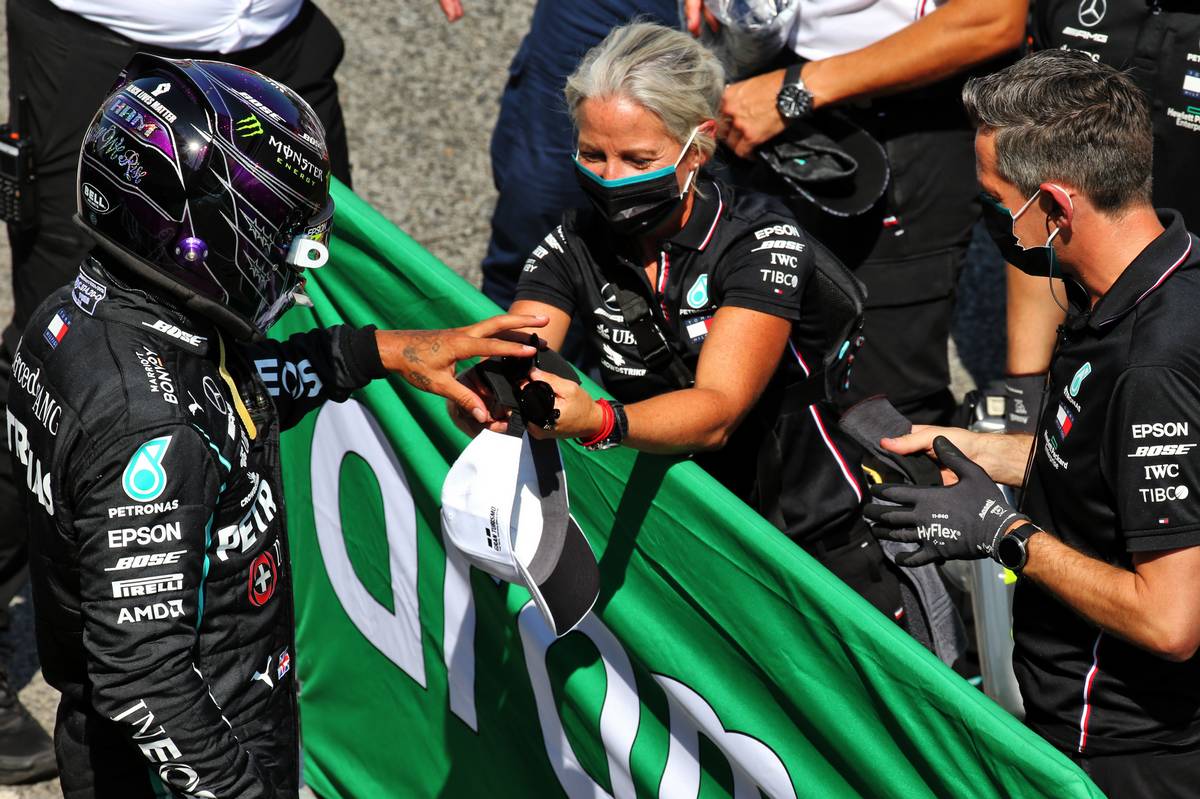 Q3: Hamilton and Bottas hold off Verstappen and Perez

With the selection of starting tyres for the top ten runners on Sunday unanimously decided in favour of the soft compound, it was now time to focus on the small matter of pole position.

After the somewhat ponderous start to the previous two rounds, there was no holding back at the start of Q3 with the two Racing Points parked at the head of pit lane waiting for the lights to go green. The rest of the cars were not long behind them.

First to set a time was Lance Stroll with 1:16.589s, but that was quickly bettered by Perez. Bottas reduced the benchmark to 1:15.643s which was then improved upon to the tune of 0.059s by Hamilton. Verstappen's time was good enough to put him ahead of the Racing Points in third albeit seven tenths off provisional pole, with Lando Norris sixth ahead of Leclerc, Albon and Sainz, with Gasly a full two seconds off Hamilton's pace.

A quick turnover on pit lane prepared the cars for their final runs of the day and one last chance of shaking up the order. A super smooth final run from Bottas still wasn't enough to allow the Finn to depose Hamilton from pole, while Verstappen was safely onto the second row of the grid for the first time in Spain, putting him alongside Perez.

Stroll had to be content with fifth place, with Albon improving to sixth in the final seconds. Carlos Sainz finally got the better of his McLaren team mate Lando Norris with the pair ending up sharing row four, while Charles Leclerc ended the session in ninth place ahead of Gasly.