Formula 1 has announced that it will use Bahrain's outer track layout for its December 6 Sakhir Grand Prix round at the venue.

After a detailed review of its options in Bahrain, F1 has opted for the fast 3.543km circuit that features 11 corners and which has never been used for an International event.

The race will also take place under the floodlights while Bahrain's first round of racing the week before is scheduled earlier in the day.

The novel layout, which holds a Grade 1 FIA licence and loosely resembles an oval, will host an 87-lap race, the most of any event this year due to the track's short distance.

"We are excited to announce the outer circuit as the format for the Sakhir Grand Prix and want to thank our partners at the Bahrain International Circuit for their continued support," said F1 director of motorsport Ross Brawn.

"We assessed a number of options for the alternative circuit layout and concluded the outer circuit will provide the best alternative and will provide a new challenge for all the teams and entertain all our fans with high speeds and fast lap times." 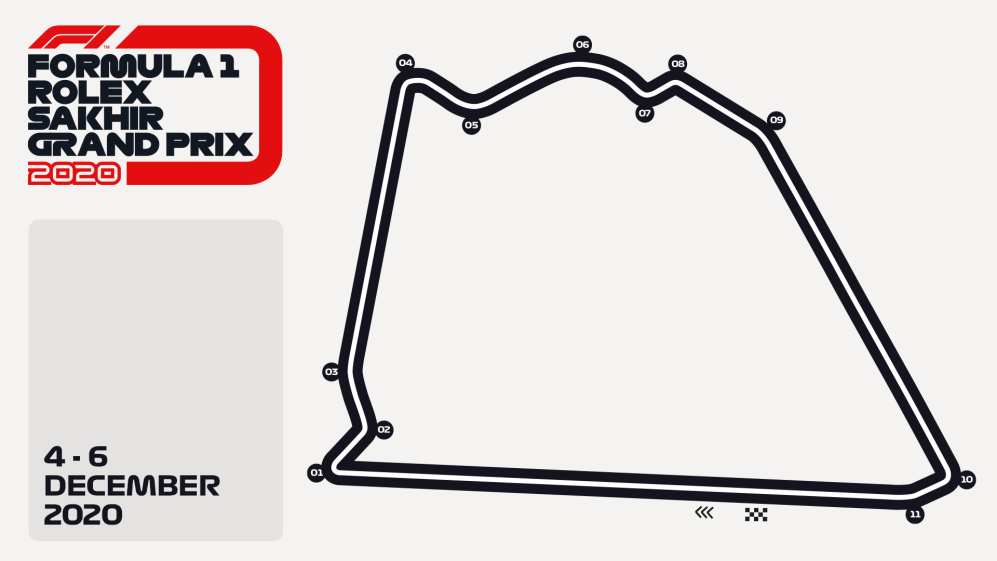 Sheikh Salman bin Isa Al Khalifa, Chief Executive of Bahrain International Circuit, added: "We thank Formula 1 for all their work in analysing options for our second race and it's a great testament to our venue that we will be able to hold what is likely to be very contrasting races on consecutive weekends.

"Our outer track has never been used for international competitive racing, so will be a new and exciting challenge for all participants."

Simulations are currently predicting laps times below 55 seconds! That compares with this year's shortest lap time of 1m02.939s achieved by Valtteri Bottas in qualifying in Austria earlier this summer.

Sakhir's outer circuit characteristics promises some close qualifying times and a thrilling tight race on Sunday, with traffic projected to play a crucial role in proceedings.

Bottas leads the field from Hamilton in Spa FP1