Daniel Ricciardo's confidence was bolstered by a fourth-place finish and the fastest lap in Sunday's Belgian Grand Prix, a performance the Renault driver aims to carry over to Monza next week.

Renaut enjoyed its best qualifying performance of 2020 on Saturday, with Ricciardo and teammate Esteban Ocon lining up P4 and P6 on Sunday's grid.

While the Aussie held his own in the race, Ocon went one better, concluding his afternoon at Spa a creditable fifth.

Ricciardo just came up short in his attempt to out-drag Red Bull's Max Verstappen up the Kemmel straight at the start, but an impeccable drive over the course of the 44-lap race still delivered a solid bag of points.

"We had a lot of pace, more so on the hard [tyre, in the second stint]," said the Renault driver. winner.

"At the beginning, I mean the first lap was fun with Max, we were close. I was ahead and then he got ahead, and we were side-by-side for a few corners. But then he and Mercedes pulled away on the soft, as we expected.

"Then the safety car put a gap between myself and Max with Gasly and Perez choosing to stay out.

"So by the time I got past them the leaders were gone. I mean, it would have made it more interesting if I had the restart behind Max, but anyways, fourth is good." 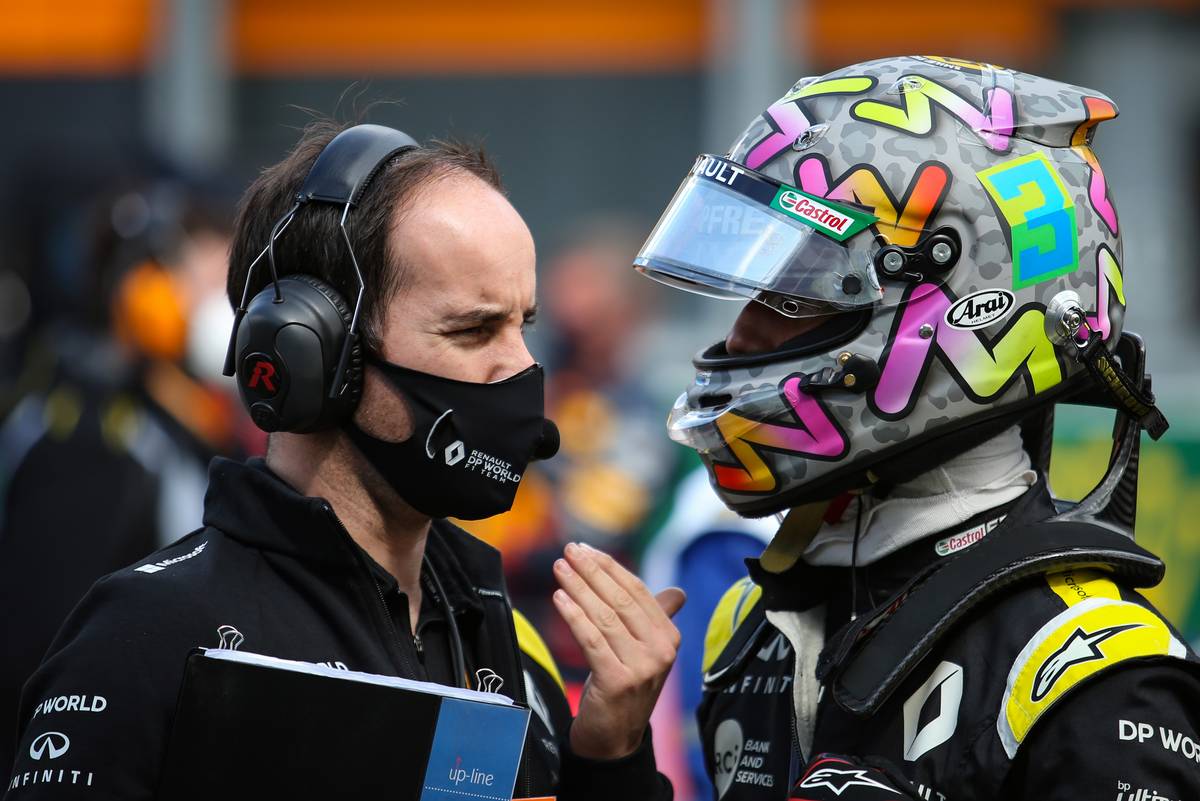 In the closing stages f the race, Ricciardo took advantage of his momentum to take a shot at the fastest race lap, and he did it without relying on a fresh set of rubber.

"My engineer told me the current fastest lap with a lap to go, and it was about half a second quicker than what I’d done," said the seven-time Grand Prix winner.

"And I wasn’t really wasting too much time but I thought I’d put a proper qualifying lap in, used all of the track everywhere and it was a big lap – probably better than my qualifying lap yesterday!"

Ocon's performance added 10 points to Ricciardo's tally of 13 which represented Renault's best cumulated result since its return to F1 as a works team in 2016.

Another low downforce, fast circuit awaits Renault next weekend. Can the French outfit keep it rolling in Monza?

"Absolutely," said F1's honey badger. "This was a good track for us last year, but Monza was even better so we’ll see.

"We’ll try not to get ahead of ourselves, but I think we can go there with a lot of confidence."