Valtteri Bottas should have directly profited from Lewis Hamilton's pit stop blunder in the Italian Grand Prix, but the Finn endured instead a long afternoon of struggles that yielded just a fifth-place finish.

Bottas was on the back foot from the outset after a slow start and an inability to pick up the pace thereafter.

Puzzled by his car's handling, the Mercedes driver initially thought that he had picked up a puncture, although his car's behaviour may have also been the result of a bout of kerb-hopping done by its driver on his way to the grid earlier in the day.

"That was a difficult day out there," lamented Bottas. "The start was pretty poor and on the first lap, I had a bit of contact and I actually thought I had a puncture because I had big understeer in (turns) 6 and 7.

"And then out of 7, I was pulling to one side, so going into to Turn 8 I was really cautious because I was sure that I had a puncture, but it turns out I didn't."

Bottas never raced higher than P5 all afternoon, holding that spot despite having to contend with overheating issues.

"I was suffering some overheating issues with the engine running in traffic, so there wasn’t much I could do," he added.

"Every time I got close to another car, I had to back off due to the overheating or look for clean air on the straights, which meant I couldn't follow any cars, I couldn't race them, so it felt long." 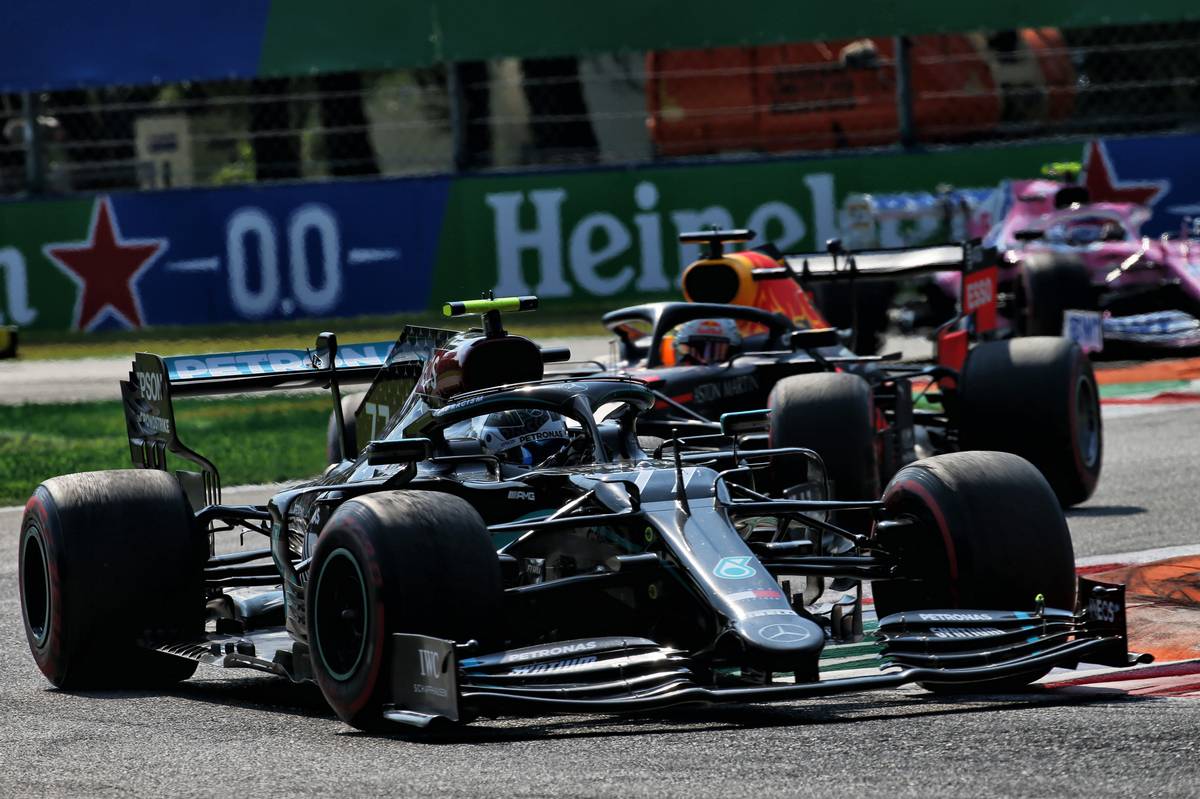 "It felt a bit better after the red flag and towards the end of the race, but there’s lots of things for us to review and understand.

"We’ll debrief and then move onto Mugello. We should have a good car there but it’s going to be tough to overtake, so qualifying will be crucial."

Despite a disappointing afternoon, Bottas regained his runner-up spot in the Driver's standings, taking advantage of Hamilton's lower points at Monza and Max Verstappen's DNF.

'Monza was not our finest weekend," laments Horner