It had looked to be another cruise to victory for Lewis Hamilton in the 2020 Italian Grand Prix - right up to the moment when the safety car was scrambled for Kevin Magnussen's retirement on lap 20.

Hamilton responded by diving into pit lane for a 'free' stop, the traditional response to a safety car being deployed during a race. But when the rest of the leading cars stayed out, it was clear that something had gone very wrong.

Because Magnussen had pulled over close to pit entry, race control had opted to close pit lane until the stricken Haas could be moved by the marshals. It meant that Hamilton had broken the rules by coming in when he did, and he was duly handed a heavy ten second stop/go penalty.

Hamilton admitted that he had missed the yellow-cross signs on the track saying that pit lane was closed, and that there hadn't been a red light at pit entry.

“Honestly I didn’t see those boards, so I take responsibility for that," he told Sky Sports F1 after race. "It’s something that we’ll learn from.

“We didn’t do a great job necessarily with the pit stop," he added with understatement. The miscue cost him an almost certain victory and saw him finish down in seventh place after fighting his way back from dead last.

"It just wasn’t meant to be today. It was unfortunate but what doesn’t kill you will make you stronger," he said. 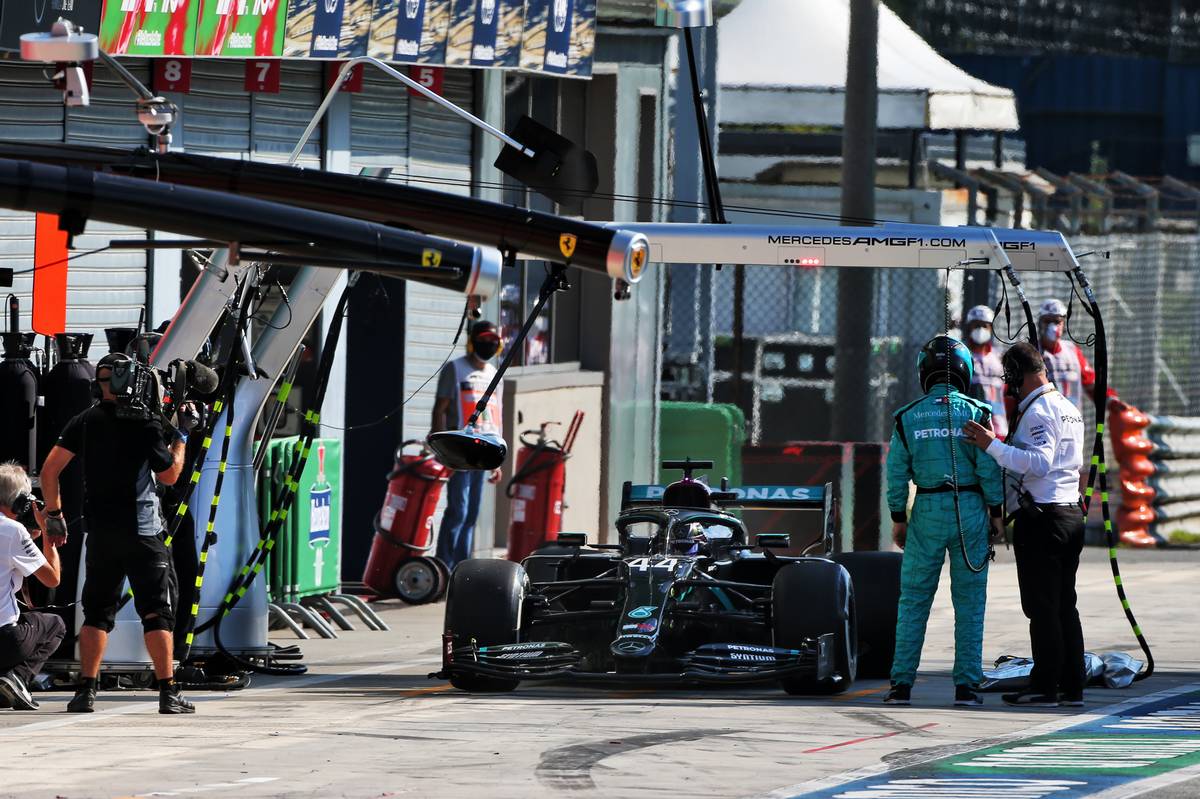 “That was a long pit stop. 26 seconds I had to catch up on but once I finally caught everybody I enjoyed that little battle.

“To get seventh and to get the fastest lap and still get some good points, I definitely didn’t think that was possible from 26 seconds behind the last car. So I’ll definitely take it!"

Mercedes boss Toto Wolff explained how the situation had unfolded.

"It was a weird sequence of events that maybe we could have spotted earlier," he said. "One of the Haas was parked to the right, near the entry, on the inside of Parabolica, and there was a single yellow.

"One of the strategists just shouted into the radio whilst we were entering the pit lane. There was confusion," he said. "[It was] a very unusual decision to close the pit lane. 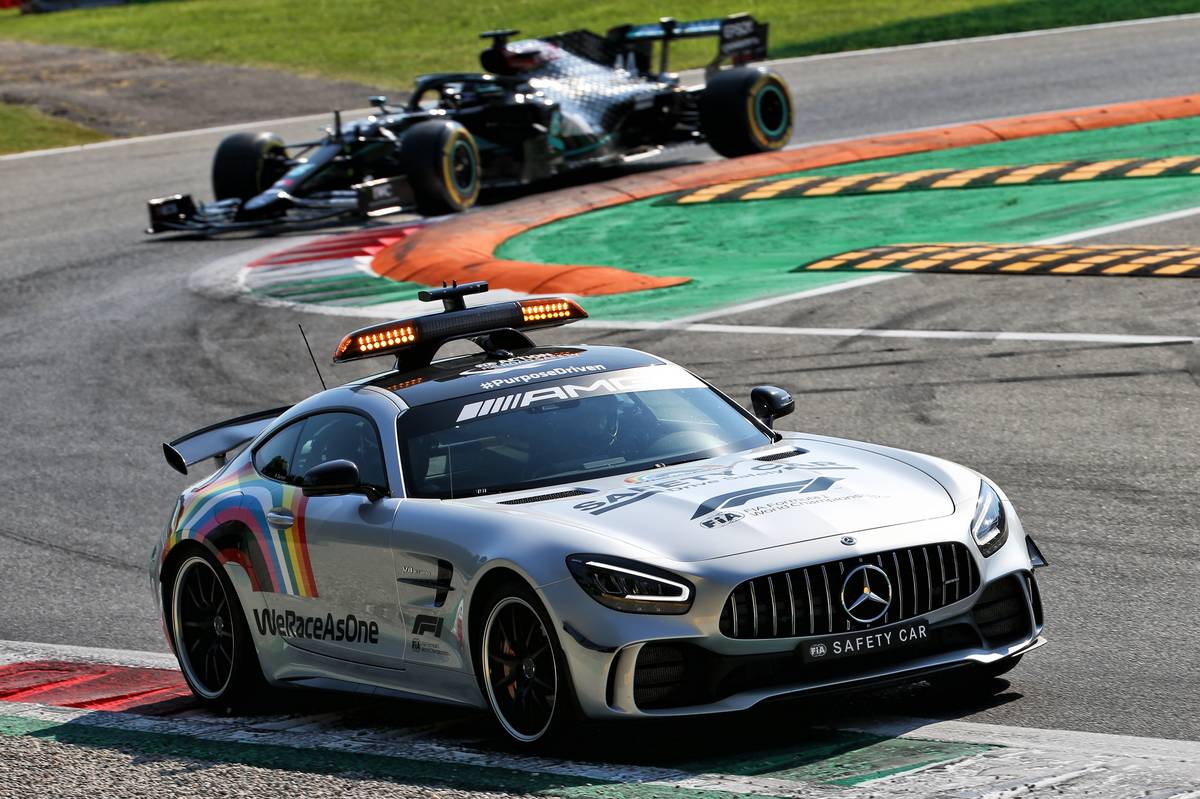 "The only way you can see that the pit lane was closed was on page four of the FIA communications system," he added. "Nobody looks at that page when the safety car is deployed, the driver is about to come into the pits.

"We can't see the signs, and this is just a sequence of events that screwed Lewis's race. Not happy, but you have to take it on the chin."

The team's disappointment with losing a sure-fire victory was tempered by the fact that today's result has had little impact on his lead in the drivers championship. Hamilton's team mate Valtteri Bottas only able to finish in fifth, while Red Bull rival Max Verstappen was knocked out with an engine issue.

"Grateful obviously Max didn’t score any points, so not a huge loss today," he acknowledged.

As well as the in-race sanction, Hamilton has also had two penalty points added to his superlicence, bringing him to eight for the last 12 month period. 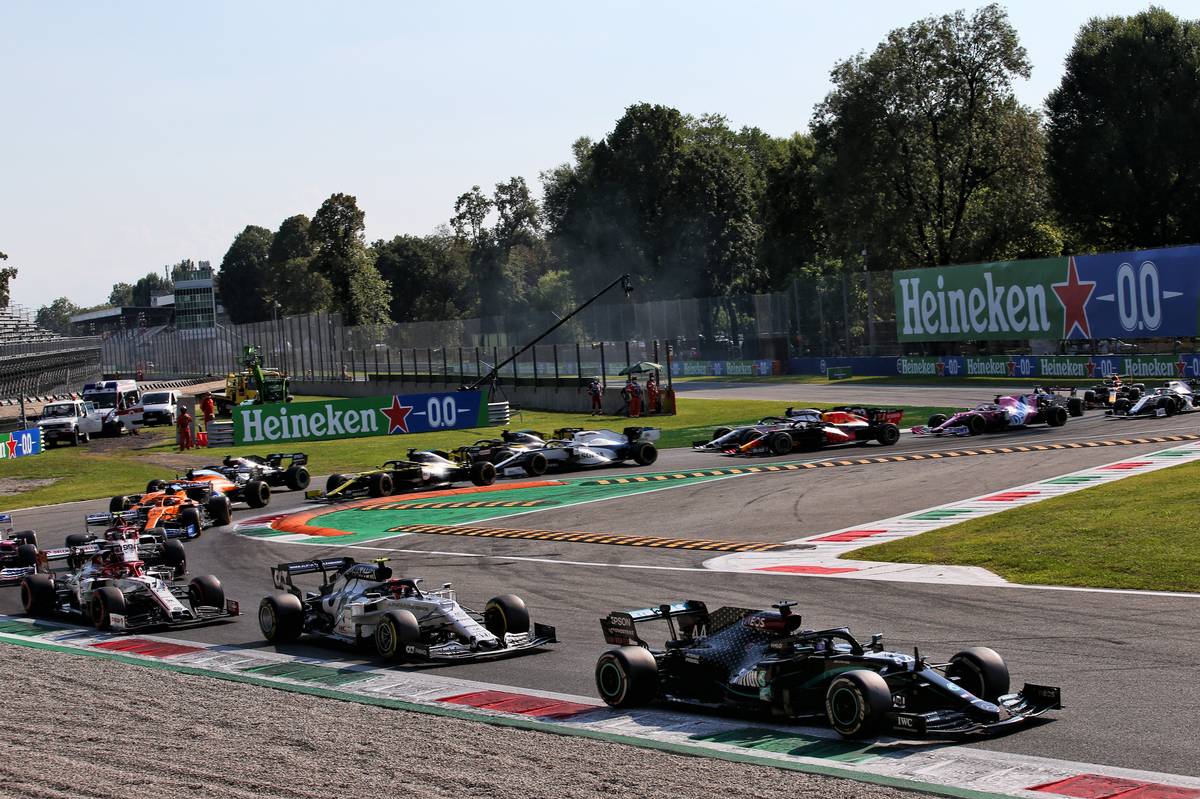 He was also docked points for colliding with Alex Albon in Brazil last year, and again for a clash with the Red Bull driver in this year's opening round in Austria where he was given two more penalty points for failing to respect yellow flags during qualifying.

It means that Hamilton is now just four points away from an automatic one race ban, which could have a huge impact on this year's drivers championship.

But Hamilton insisted that was also happy to see a brand new race winner written into the F1 history books with the maiden victory of AlphaTauri's Pierre Gasly, a year on from being demoted from the top Red Bull team.

“That’s a huge result for him,” he said. “I’ve obviously seen what he’s been through from being dropped from the top team and now he’s beaten the top team.

"I think it’s just fantastic to see him recover and see him grow. I am genuinely really happy for him."

'No excuse, it was my mistake' says Leclerc after huge crash