It hadn't been looking as though this weekend's Russian Grand Prix was going to prove to be a particularly happy hunting ground for Max Verstappen and Red Bull Racing.

Verstappen was only seventh fastest at the end of Friday's practice sessions, and was a whopping 1.5s off the headline pace of Mercedes Valtteri Bottas.

And although he closed the gap in final practice, he was still more than a second slower than Lewis Hamilton's time on Saturday morning.

While the Dutch driver had a fairly low-key time in the first two rounds of qualifying, he came alive at the end of Q3 when he punched in a lap of 1:31.867s to put him just 0.563s off Hamilton's pole time and track record.

And crucially, he was narrowly ahead of Bottas meaning that he will start tomorrow's race ahead of the Finn, from the front row of the grid alongside Hamilton.

"To be second on the grid I did not expect," he admitted when interviewed by the media in parc ferme after the end of qualifying. "Very, very pleased with that.

"I don’t say this often but I think this was one of my best ever qualifying laps and it felt really good," he continued. "To be able to split the two Mercedes cars is very satisfying and I’m happy to be on the front row here."

Verstappen insisted that he hadn't been hiding his true pace up to that point, and that the team had been really struggling to find its form in Sochi.

"We were struggling a bit to find the right balance with the car on this track," he said. "It’s quite slippery around here. 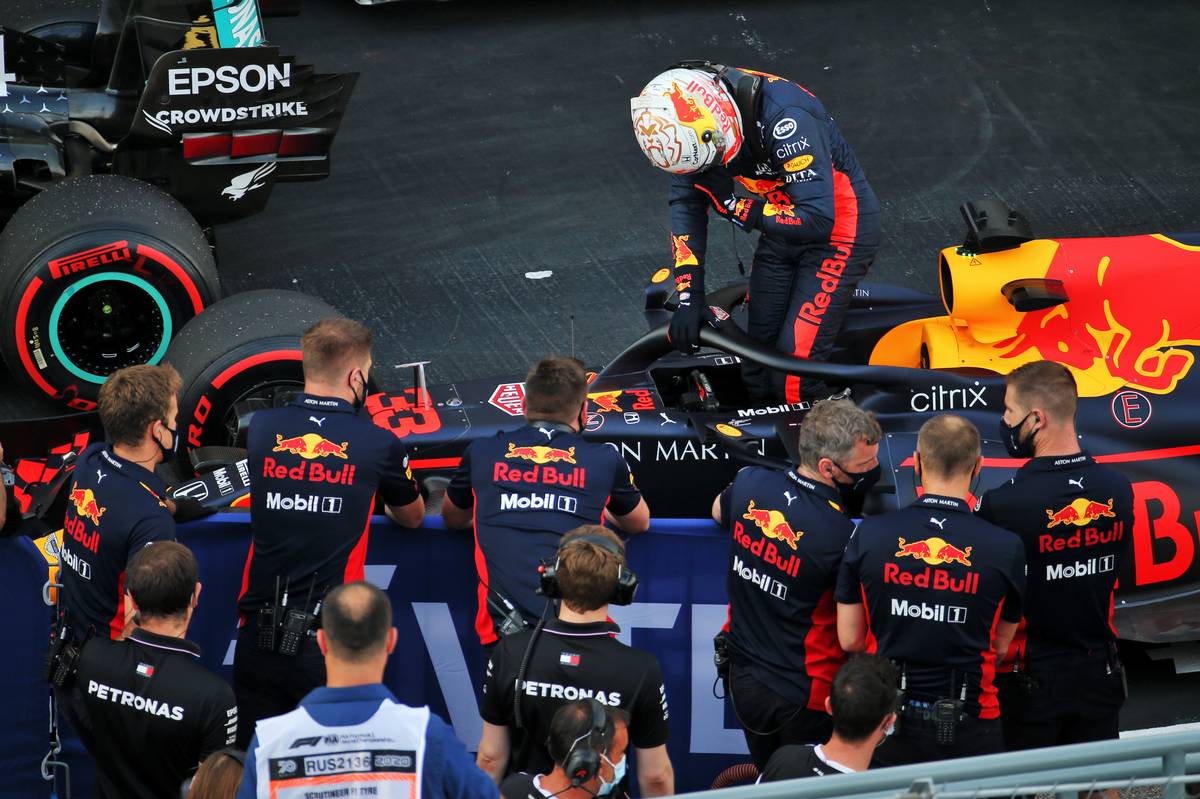 "Even this morning, I was not entirely happy. Through qualifying, we were really working on trying to nail the balance," he added. "And I think in Q3, the final run especially, it was not bad."

Starting from second may actually prove to be better than being on pole. The long run into the first two corners allows cars to take advantage of the slip stream of those in front, and Verstappen plans to exploit that situation if at all possible.

"If we can have a decent start then the tow effect is very big around here," he pointed out. "If we can get a good draft, who knows what is going to happen into turn 2?"

Verstappen also had the advantage of starting the race on the preferred medium compound, while a scare making the cut in Q2 has forced Hamilton to compromise by taking a set of soft tyres for the first stint.

"I’m starting on the dirty side of the grid which does make a difference with the initial launch but I’m also on the medium tyre which is the best way for us," he said. "It’s going to be interesting anyway with the tyres.

"I think the Mercedes does still have more overall pace so they will be hard to beat," he conceded. "But I’m happy with today and I think we really extracted more than we thought was possible and we can be very happy with that.”