A candid Sebastian Vettel says his failure to win the world title with Ferrari is rooted in mistakes made on the track but also in what went on behind the scenes where there were "fights" he should not have picked.

Vettel joined the House of Maranello in 2015 and finished twice runner up to Lewis Hamilton in the drivers' championship, in 2017 and 2018, collecting a total of 14 wins with Ferrari.

Vettel - who will leave the Scuderia at the end of the current season - acknowledged his share of responsibility for failing to deliver to the Italian outfit a world title last won by the team in 2008, including mistakes made off the race track.

"I don’t think I will go on having any regrets looking back," Vettel told Tom Clarkson in Formula 1’s latest 'Beyond The Grid' podcast.

"It’s true that I have failed because I set myself the mission of winning the World Championship with Ferrari. I have failed. I didn’t manage to do that. 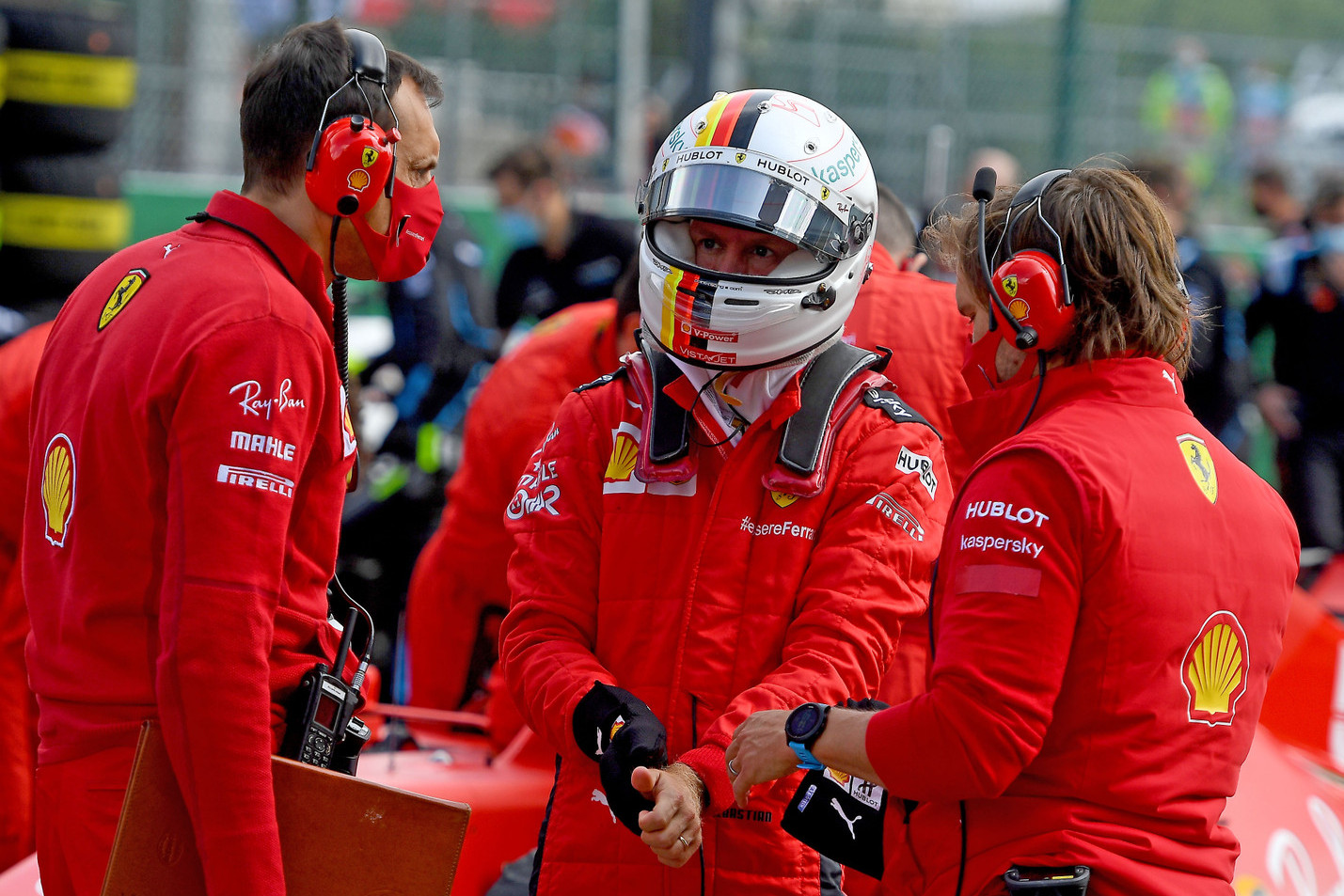 "But, then again, I think everything that happened brought me to where I am now. And I am generally not talking about stuff that happens on the track.

"Losing the car in Hockenheim in sort of half-wet, half-dry conditions, many people point that one out as a low point, but I’m not talking about things like that.

"I’m more talking about what’s been going on [off the track].

"But, yeah, if I am fair and harsh then I have failed. Were there reasons? Probably yes, but I don’t accept them as excuses.

"So whatever happened, I guess, has put me on the next step forwards."

Regarding the battles at Ferrari he perhaps should not have fought, Vettel did not go into any specifics or reveal those whom he found himself at odds with.

But the four-time world champion said the fights did encourage him to learn and mature.

"Maybe looking back, they weren't worth fighting," Vettel added.

"But then again, part of it is probably my nature and it was natural to do so, and I think I had a point as well in some of these little fights and battles…

"Ultimately, that is how you mature and how you learn. The important bit is I don't have the sense of regret. I'm happy to move on."

Albon in search of 'more confidence' to hustle RB16