Red Bull would like to bring in-house Honda's engine program from 2022, but the energy drink company is seeking a freeze on development for the remainder of the regulation cycle to avoid the high costs associated with updating F1's hybrid units.

But a status quo would require the unanimous agreement of the sport's remaining manufacturers, Mercedes, Ferrari and Renault.

While Mercedes, speaking from a position of strength, has expressed its support for an engine freeze, Ferrari has so far dismissed such a state of affairs. 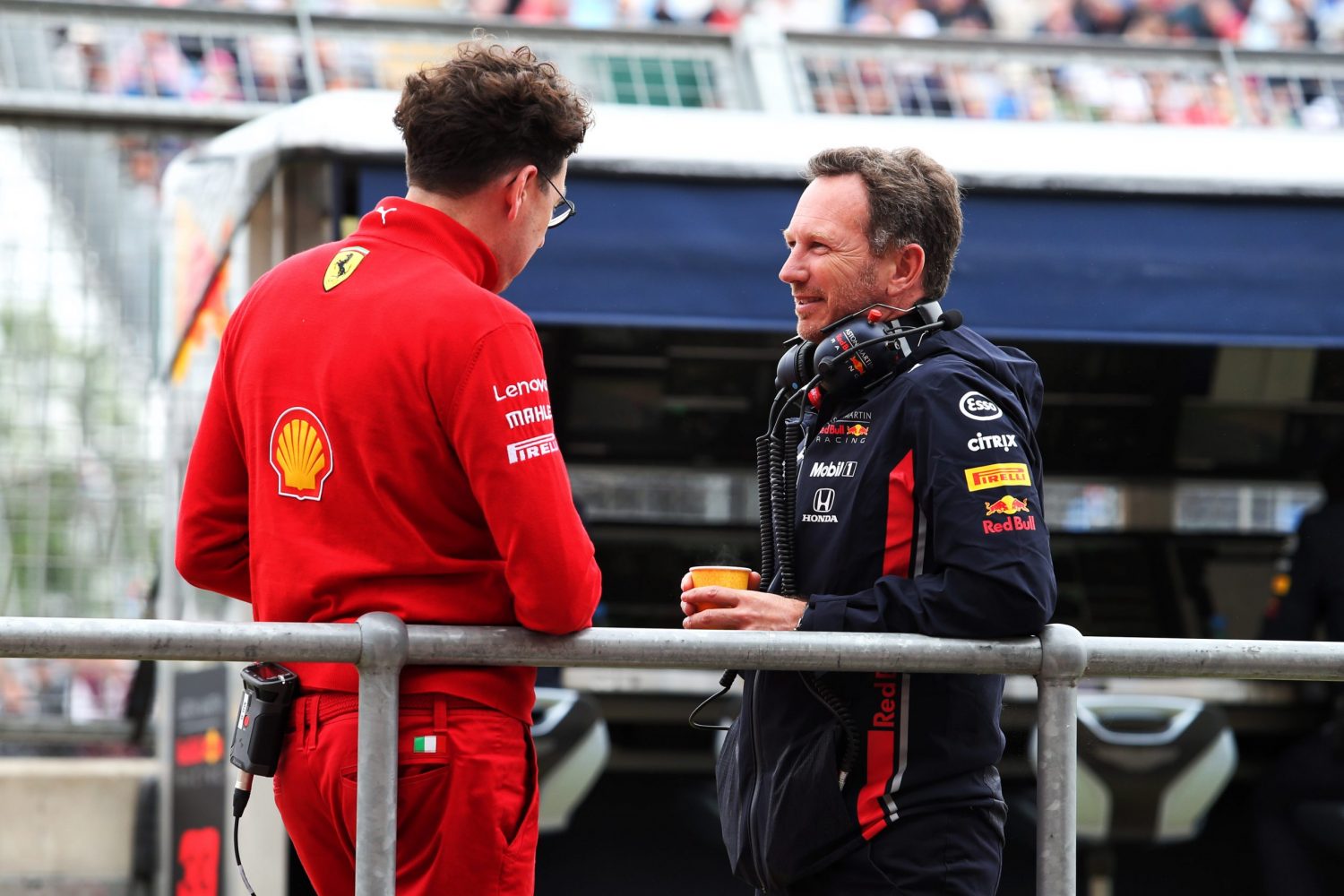 Manufacturers are set to discuss the sport's future engine rules on Monday in a video call of the Formula 1 Commission, but Ferrari has put a different priority on its agenda.

"It is true that the engine [freeze] matter is one of the points of a big meeting, so I'm not sure we'll discuss it really at length," said Binotto in Portugal.

"But I think before starting discussing the freezing, more important is to start discussing 2026. What's the new technical format for the new power unit in the future? Where costs will be addressed? And where technology needs to be addressed?

"So I see that as a first priority, and so freezing is only a second priority to the discussion."

Red Bull team boss Christian Horner stressed last weekend that taking over Honda's engine program is the only viable option for RBR and AlphaTauri. And the energy drink company has threatened to pull its teams off the grid if no agreement can be reached on an engine freeze.

"At the moment all focus is on plan A," Horner told Sky F1 at Portimão. "Toto has made Mercedes’ case very clear. Obviously, Ferrari has got their own issues that they’re dealing with.

"Renault doesn’t really want to supply us. Their aspirations as a team obviously have changed. It’s inconvenient to supply a team like Red Bull. We’re not a standard customer team, we’re not a small team."

However, if push comes to shove, Renault could be forced to supply its engine to Red Bull and AlphaTauri in accordance with the FIA's sporting regulations which state that "each manufacturer must, if called upon to do so by the FIA, supply at least three teams."