George Russell believes the rumors over his potential replacement at Williams in 2021 by Sergio Perez were likely fueled by the Mexican driver's camp.

Russell is theoretically contracted to Williams for next season, but the team's recent change of ownership led to speculation about the validity of the young Briton's 2021 deal which was signed last summer with Claire Williams before the outfit's takeover by Dorilton Capital.

Furthermore, outgoing Racing Point driver Sergio Perez, flanked by his rich Mexican sponsors, is rumored to be in talks with Williams for next season and coveting Russell's seat.

At Portimão on Friday, acting Williams team boss Simon Roberts refused to confirm whether Russell and teammate Nicholas Latifi will be racing with the team next season, adding to the uncertainty surrounding Russell's future.

However, after Sunday's Portuguese GP, Russell said his situation with Williams for 2021 remained unchanged, insisting he held a rock sold contract for next season. 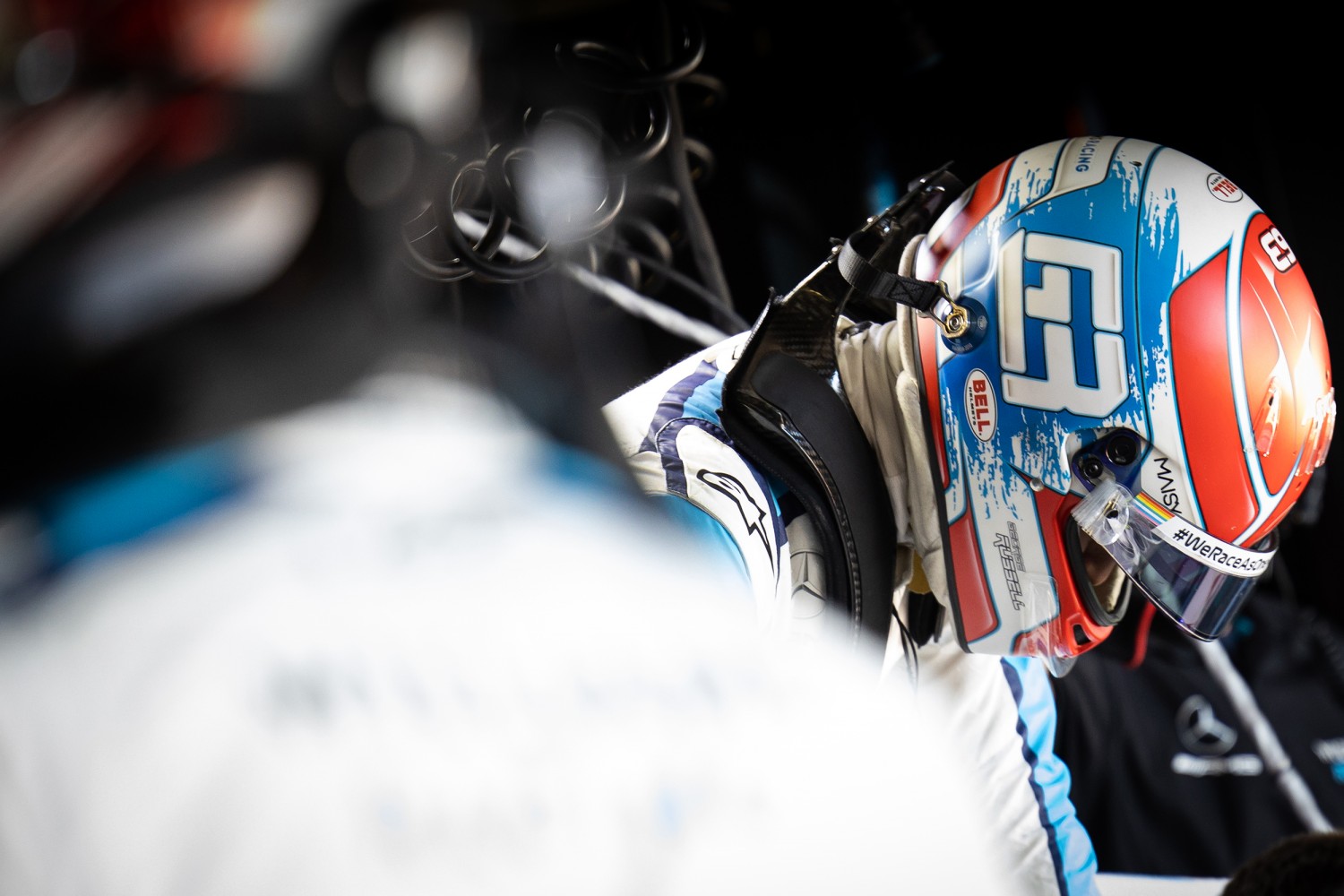 "Nothing’s changed," he said. "I try and do my talking on the track and, as I said before, I am not concerned for next year. I know Mercedes and Toto [Wolff] have my back, Toto himself has told me that, which I absolutely trust.

"I think all of this speculation has probably been fed by the Perez camp, who are trying to apply pressure on other teams, potentially [for] a Red Bull seat – so that’s my view on it.

"I’ve got a contract, I’ve got nothing to worry about and I’m just here focusing on my job."

Regarding Roberts' evasive attitude last Friday when queried on the future of Williams' drivers, Russell suggested the Williams team principal's words were perhaps taken out of context.

"They never like to comment on contractual situations, obviously following Simon’s press conference on Friday, things again were taken probably slightly out of context, which is what the team didn’t want to do," he said.

"Ultimately, the team didn’t want to comment on it because they felt it isn’t necessary and it’s just opening themselves up to further queries later down the line.

"But like I said, I’ve got a contract and I’ll be on the grid next year and I’m very confident of that. I think something pretty substantial would have to happen in the coming weeks for it to change."

Russell also revealed that he had spoken in Portugal with representatives of Dorilton Capital, who told the Williams driver that he had nothing to worry about.

"Yes, they have been here, I spoke with them," he confirmed. "They said ‘don’t worry, everything’s going to be fine’.

"We had a small chat about it and moved on to talk about the rest of this year moving into next year and how we’re going to push the team further forward, which is enough for me."