After helping Kimi Raikkonen become the most active driver in F1 history at last month's Eifel GP, Alfa Romeo will reach a big milestone of its own in Turkey, but the Finn is predictably disinterested in the prospect.

Alfa, or rather its underlying Sauber team, will enter its 500th Grand Prix at Istanbul, an important landmark in its 27-year history in F1 that started at the 1993 South African GP at Kyalami.

"The 500th race for the team is an important milestone, one that shows the incredible heritage of this outfit," said Alfa team boss Frédéric Vasseur.

"We are now in a very small group in the company of some of the most historical teams in the sport and that shows the strength of our project.

"As an independent team for most of our history, we have shown that it’s possible to build a long-term project and we are confident the best is yet to come – the next 500 races will be even better. 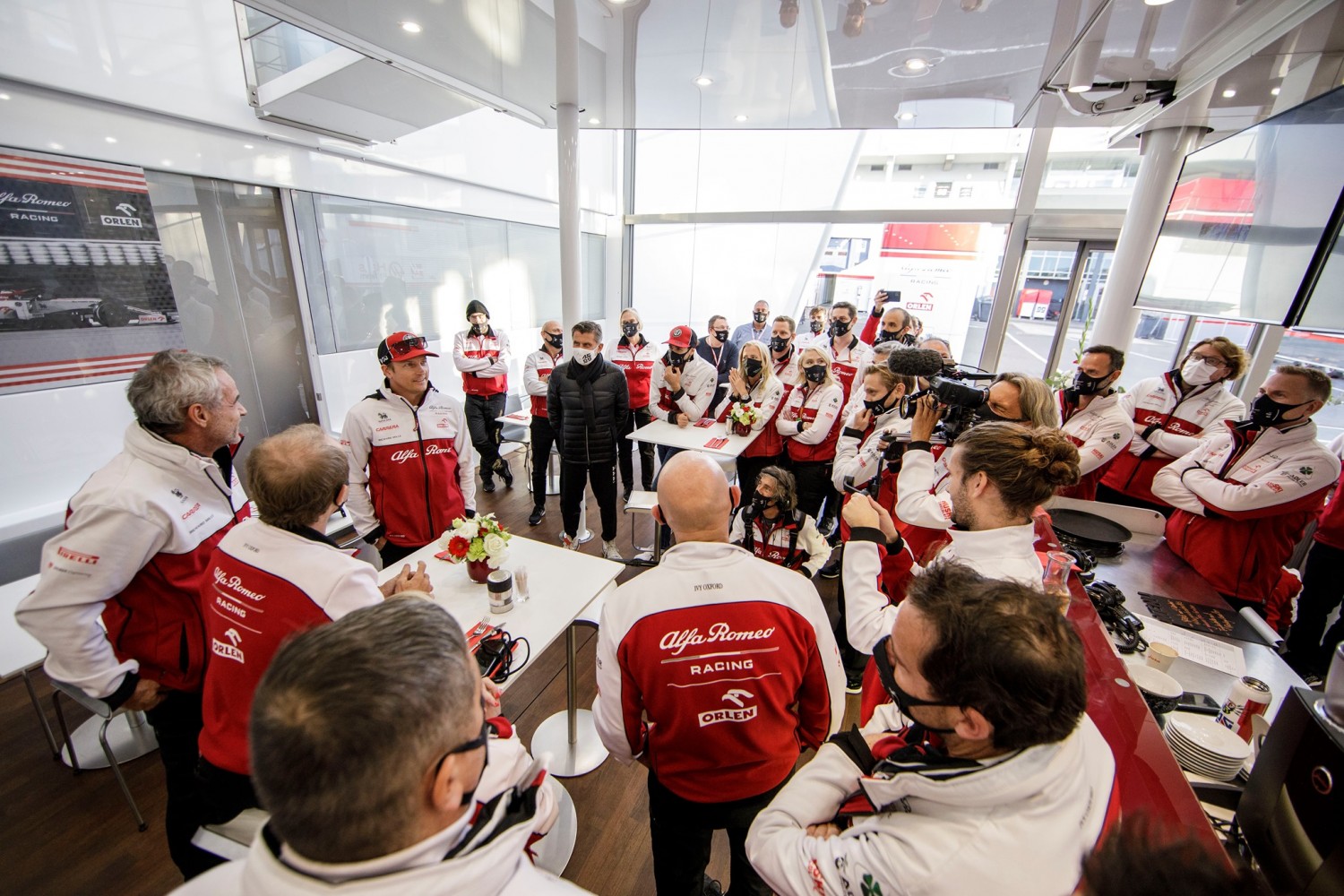 "It would be nice to celebrate this occasion in style with another good performance, especially after the double points finish we scored in Imola, which was a big confidence boost for the team," added the Frenchman.

"The progress we have made is a positive, as is scoring points in three of the last five races, but we know there is a lot more work to do before we are where we expect us to be.

"Returning to Turkey will be another chance to continue on this path: it is another track on which there is not a lot of information available and we can use it to our advantage."

Raikkonen is not only a man of few words, but also one of few numbers; statistics have never been of any interest to the Iceman.

But F1's veteran will still give it his all for F1's return to a venue where he enjoyed his seventh career win in 2005, driving for McLaren.

“This weekend’s event will be race 500 for the team: I am not very interested in numbers, but it’s a big milestone, especially for all the people who have been working for the team in all these years," Raikkonen said.

"As for the race, it’s nice to come back to a place like Turkey. It’s a track that made for good racing in the past, so it will be interesting to see how the modern Formula One cars do on it.
"Everyone talks about Turn 8 but, with the performance cars have now, it may not be as impressive from within the cockpit.

"Of course, it will be nice to watch, but there are many other corners where a driver can make the difference there."

Russell ready to 'fight back' in Turkey after Imola setback