Lewis Hamilton claimed a record-equalling seventh world championship on Sunday, and he did so with a remarkable and unexpected victory in the 2020 Turkish Grand Prix that put him 110 points ahead of his rivals in the drivers championship with only three races remaining.

After the race he hinted that he is now ready to commit to another season with Mercedes, telling Sky Sports F1: "There is no end to what we can do together, me and this team ... I would love to stay.

"What a day, a lot to take in," he continued. "I feel like I'm only just getting started. I feel physically in great shape.

"Mentally this year has been really hard for millions of people, it's no different for us athletes. This has been a challenge that I didn't know how to get through, but with the help of Team LH I managed to get through.

"This year has been tough. I haven't gone out, I've just been staying in my bubble. I get room service every day. This year I sacrificed more than I have in my whole life.

"I'm going to go home tonight and probably just watch the race. I'll probably have a bottle of wine! Making memories like this, I want to wait until I can get around my family and my friends," he admitted. "I just came here to do the job that I did today."

Hamilton explained that his focus on human rights issue had given him new motivation and determination to remain in the cockpit: "We realise we've got to face and not ignore the human rights issues in the countries that we go to, not just 20 years, 30 years from now, but now.

"I want to help F1 and Mercedes in that journey, and moving more sustainable as a sport, I want to see if I can be part of that for a little bit longer." 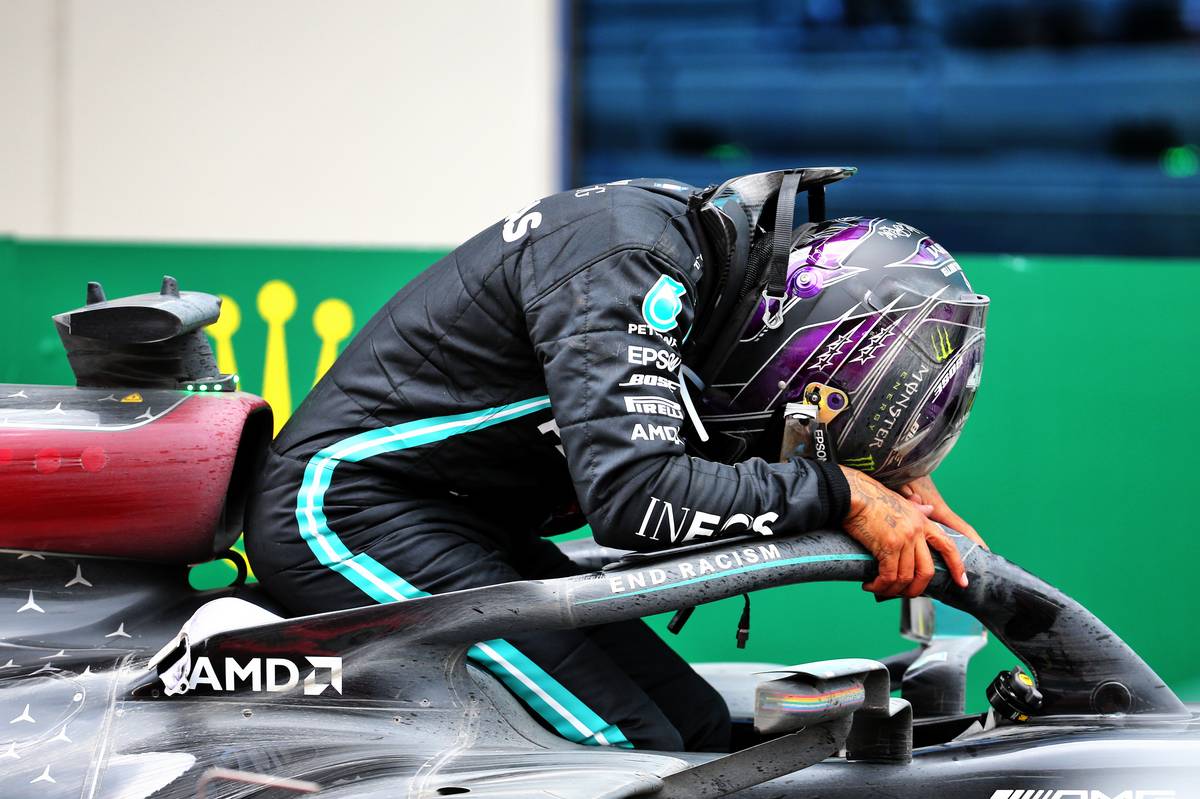 Although the title was in reach on Sunday, victory in the race had looked unlikely after Mercedes struggled throughout the weekend on the slippery new surface of the Istanbul Park circuit.

Hamilton starting from a disappointing sixth place on the grid and it was soon clear the W11 was far from happy in the wet conditions as Hamilton dropped half a minute behind race leader Lance Stroll.

But as the conditions changed so did the balance of the race. With everyone moving to intermediates, Hamilton was soon closing up on those ahead of him - although he wasn't able to pass Sebastian Vettel

"There was a point obviously that Seb was pulling away from me," Hamilton acknowledged in the post-race interview with Martin Brundle. "I couldn't figure out at the time what it was, so I was checking my temperatures. 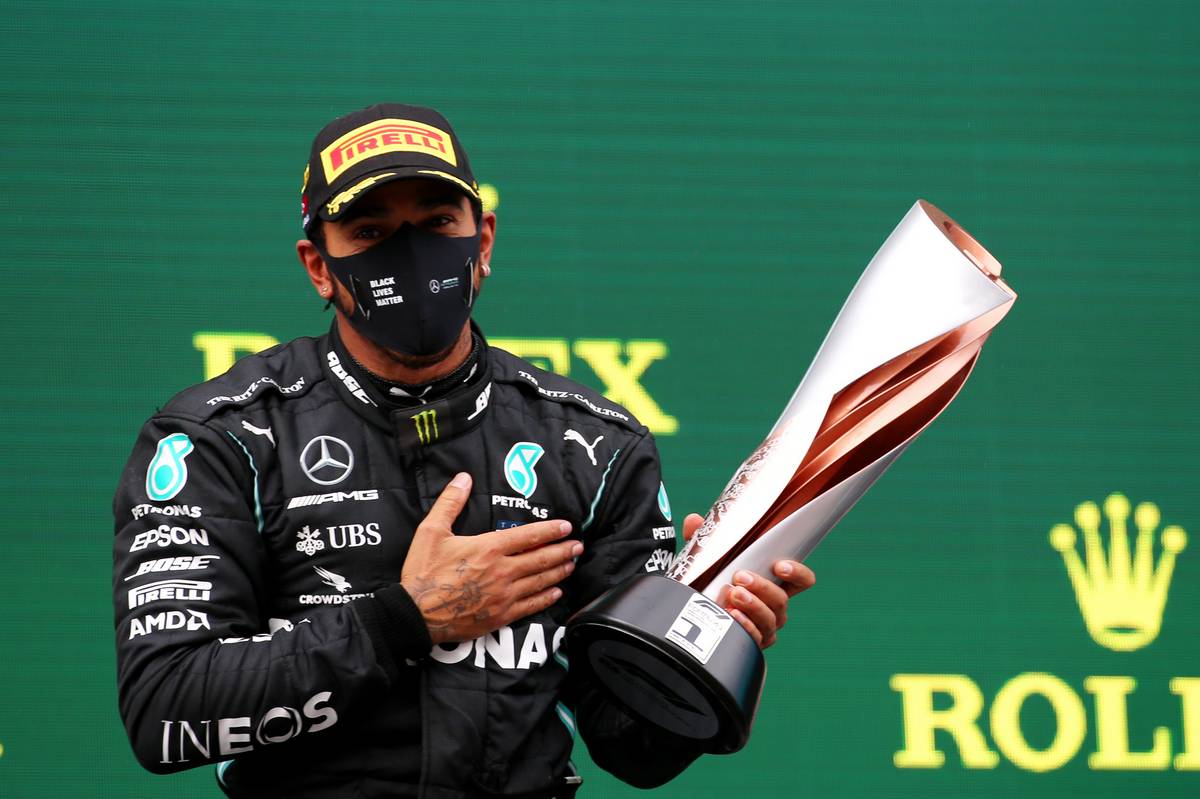 "I didn't know whether it was because my tyres were overheating or they're too cold but they got to a bit of a drier patch," he continued. "I went through the real rough phase of the graining of the tyre.

"Then it started to come back, the grip started coming back," he said. "The track was drying in areas and I was improving my driving lines the whole way through the race.

"I started to pick up pace, and then Seb pitted," he recalled, explaining that he had been certain that pitting again wasn't the right call for him.

"I knew that that wasn't the right choice, personally," he said. "I just started to stay out and as the tyres got more and more slick, that's exactly what you needed. 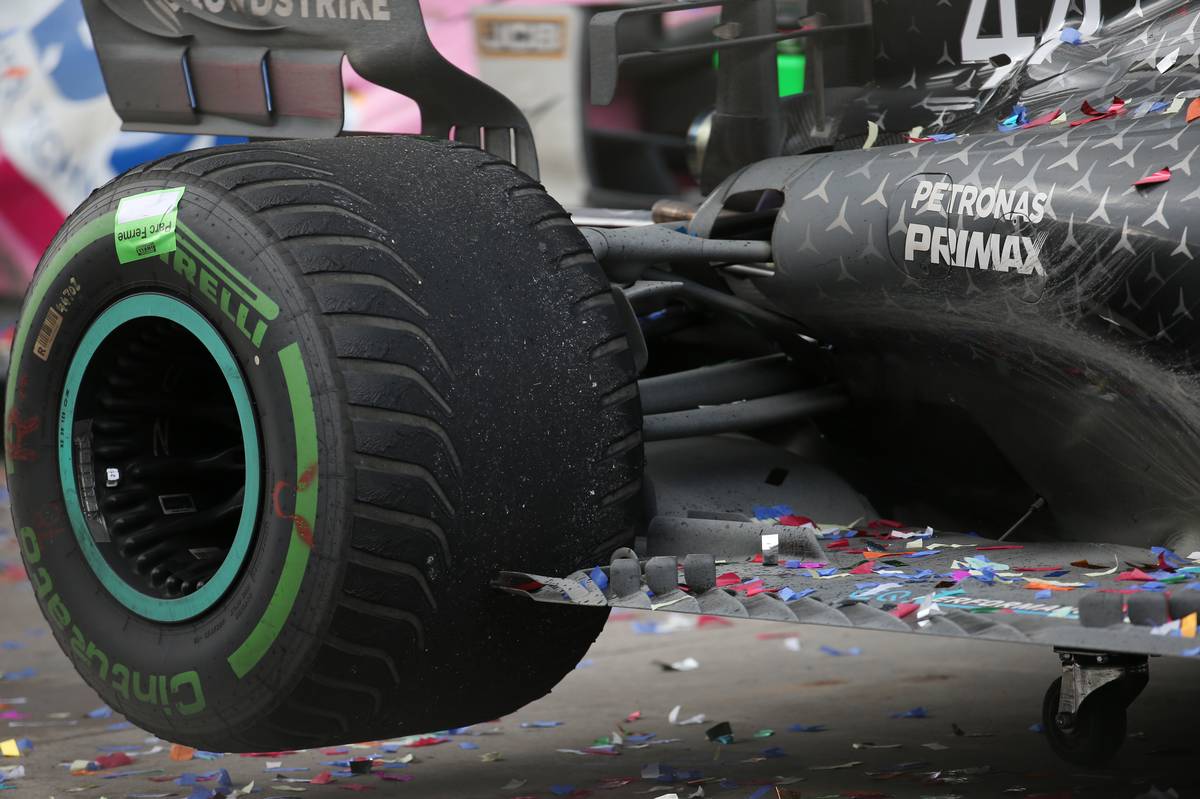 "Fortunately that intermediate tyre, it holds temperature. If I went out on new slicks, I wouldn't have made it round but it was the best decision."

Worried that a late downpour could threaten Hamilton's position if he was on worn inters, Mercedes told him to make a second stop late in the race - but the driver overruled the instruction out of concern of spinning on pit lane as he did in China that cost him the title in his maiden F1 season.

"You remember I lost a world championship in the pit lane so I learned my lesson from 2007, that's for sure," he said. "I felt like I really had it under control, and the grip was getting good and I was gonna deal with the rain if it dropped." 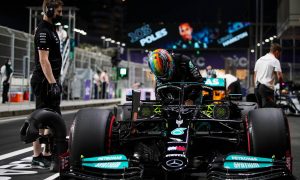 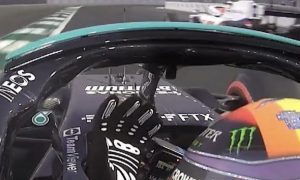