Mercedes reserve driver Stoffel Vandoorne says it 'hurts' not to have been chosen by the Brackley squad to replace Lewis Hamilton for this weekend's Sakhir GP.

Hamilton, who tested positive for COVID-19 earlier this week, will be replaced by Williams' George Russell. While disappointed by Mercedes' decision, Vandoorne ultimately respects the call.

"Firstly, I want to wish Lewis Hamilton a speedy recovery and hopefully he'll be back in the car ASAP," said Vandoorne in a pots on social media. "Nobody can really replace him.

"Obviously I'm disappointed not to get the chance to drive for [Mercedes] this weekend. After having spent the year travelling to all F1 races and dedicating so much time, physical training, commitment to this programme... it hurts!

"On the other hand, I respect the choice of putting George Russell in the car. He has been one of the standout drivers and he fully deserves this opportunity.

"It's moments like these that make my drive even bigger and I can assure you I'm going to continue giving 100%."

As soon as Williams agreed to the one-off deal, Russell was always going to be Mercedes' first choice as Hamilton's substitute given that he is an active F1 driver, while Vandoorne last competed in F1 in 2018, in the end-of-season Abu Dhabi GP with McLaren.

The 22-year-old's seat at Williams will be filled this weekend by reserve driver Jack Aitken who, along with Haas' sub Pietro Fittipaldi, will make his F1 debut at Sakhir. 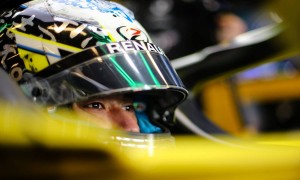