Red Bull team boss Christian Horner says Alex Albon with spend "a year on the bench" if he loses his seat with the Milton Keynes-based outfit at the end of the season.

Albon is fighting to retain his plum drive with Red Bull after his drive was jeopardized by his disappointing results last summer and his performance relative to teammate Max Verstappen.

While Red Bull has said that it would consider outgoing Racing Point charger Sergio Perez as a possible replacement for the British-Thai driver, Horner has repeatedly said that he wants to give Albon every opportunity to remain with the bulls in 2021.

"It's very much a Red Bull seat, or a year on the bench. So the focus is on giving him that opportunity," reiterated Horner in Bahrain on Friday.

"He's got two races, he did a good job last weekend, being on the podium, his second podium in F1.

"He's had a good first practice, a good start to the weekend here and two more weekends to demonstrate that he is absolutely the right guy to be in that car alongside Max [Verstappen] next year.

"And we're giving him all the support that we possibly can to achieve that goal." 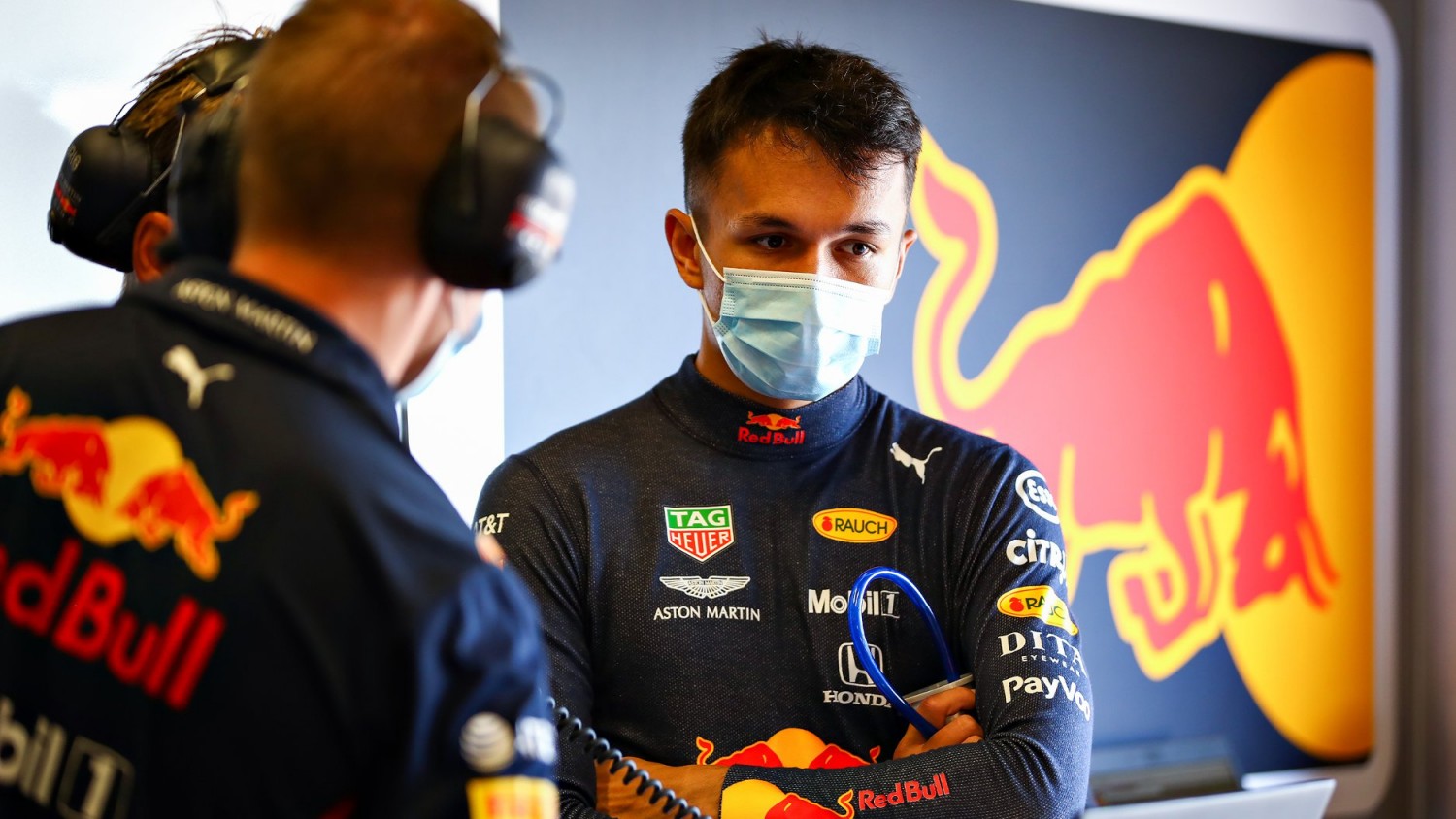 Horner said Red Bull would make a final call on Albon's fate, one way or the other, after the end of the season.

"I guess once we get to the end of the year, then we'll evaluate all of those options," Horner said, referring to the possibility of 'benching' Albon for a year.

"I mean, he's on a long term agreement, as all Red Bull drivers are when they join the team.

"So our focus is at the moment on the race seat, and giving him the opportunity to demonstrate that he is making significant progress, building on that podium from last weekend, and this early practice form."

Horner admitted that rivaling with a teammate as strong as Verstappen was not an easy task, although he believes Albon has done well in relative terms.

"I think that you've got to look at how Max has evolved over the last few years," he said.

"If you look at his average [qualifying deficit], Alex's average is still closer than for example Pierre's was last year to Max.

"And we know we've had some issues with the car that have made life particularly difficult, which I think we worked hard to address, and have been addressing. So we're confident that that situation will hopefully improve for him.

"But Max is a tall order to go up against, he's arguably probably the most in-form driver currently in F1. I think it'd be tough for any driver to go currently up against Max."