Mercedes F1 boss Toto Wolff says Lewis Hamilton is currently "not great" as he endures his early days in isolation dealing with COVID-19.

After Racing Point's Sergio Perez and Lance Stroll, Hamilton became the third driver to test positive for the coronavirus this year.

The seven-time world champion is isolating in Bahrain, and Wolff provided on Friday an update on the Briton's condition.

"He’s not great," Wolff reported on Friday in Bahrain. "I mean, Covid-19 is something that you mustn’t take lightly and he’s in safe hands, that’s most important, but it’s those early days that are always not so nice."

Wolff revealed that Hamilton was not asymptomatic. However, his symptoms are "relatively mild".

Despite his driver's predicament, Wolff isn't ruling out a negative test that would allow Hamilton to return to the grid at next week's season finale in Abu Dhabi.

"We have seen tests that were negative within 10 days so I think that is perfectly feasible, in my opinion," said the Austrian.

"But it would be a very positive development. Nevertheless, you need to look at the situation because there is many athletes and sportspeople out there that have tested positive for a long time after any symptoms and after they’ve been infectious.

"This is something the FIA needs to look into, anyway." 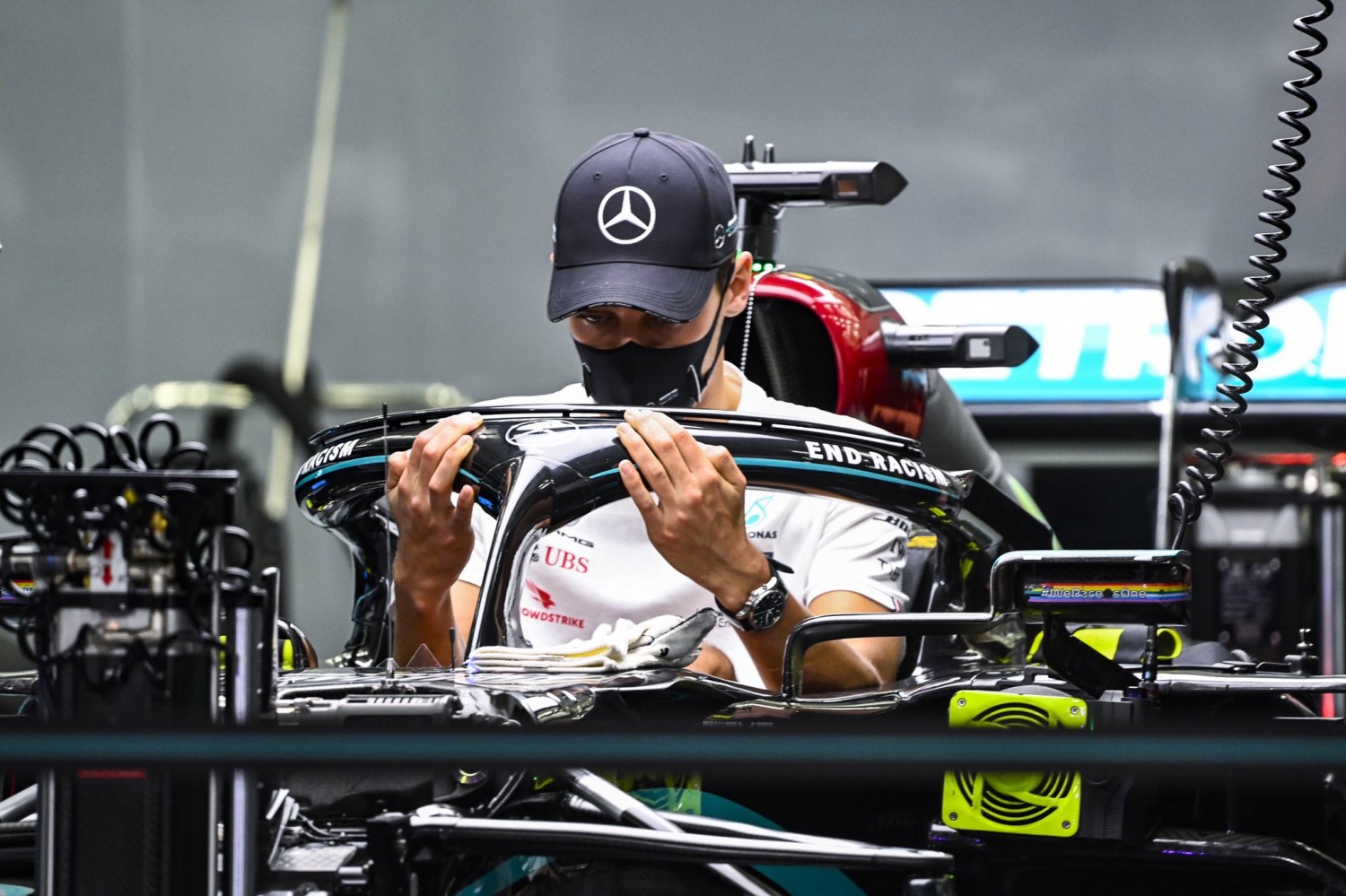 Hamilton's unavailability for this weekend's Sakhir GP compelled Mercedes to draft in George Russell from Williams on a one-off deal. The young Briton lost no time marking his territory at the Brackley squad, clocking in fastest in Friday's openings practice while teammate Valtteri Bottas was fourth.

But Wolff played down the relative performance of its new recruit, insisting Bottas' efforts had been hindered by an issue on the Finn's W11.

"P1 was a good session but we need to calm everybody down," Wolff said. "He delivered a really solid job in what we expect from him on a single lap.

"It’s difficult to establish a benchmark because Valtteri broke his car early on and it was difficult for him to stop it properly.

"It was like for like but Valtteri broke his car pretty early on in the session on the lap and you could see that towards his runs at the end there was severe blocking on the left-right,” Wolff added.

"He even stopped running so we didn’t see Valtteri in the right car but this is not to diminish George’s performance for the first time in the car, it’s good."

Horner: A Red Bull seat or 'a year on the bench' for Albon