Romain Grosjean has departed Bahrain and headed back home to Switzerland, leaving behind his hopes of a swansong outfit in F1 with Haas in Abu Dhabi next week.

The 34-year-old is still nursing the injuries sustained in last weekend's Bahrain GP, with minor burns to the back of his hands preventing him from racing at Yas Marina.

"It is with great sadness that I will not be able to do my final race in Abu Dhabi and be with the team there," said Romain Grosjean.

"We’ve tried as much as we could with the doctor to recover and to repair my hand, but the risk of racing is too big for my recovery and my health.

"So, the decision was made that I’m not going to race. It’s one of the hardest decisions of my life, but it’s obviously one of the wisest. I will miss the team, but I will be supporting them as ever."

Update for you ❤#r8g pic.twitter.com/dBLE7ZSzcA

Grosjean will be replaced in Abu Dhabi once again by Haas reserve Pietro Fittipaldi who is on duty with the team this weekend at Sakhir.

"But we are all in agreement that he has to take the best course of action regarding his treatment and recovery from last Sunday’s incident.

"Romain has shown exceptional bravery and amazing spirit over the last few days – we know how badly he wanted to be able to return to the cockpit of the VF-20 in Abu Dhabi. And we all would have loved him to have been there too." 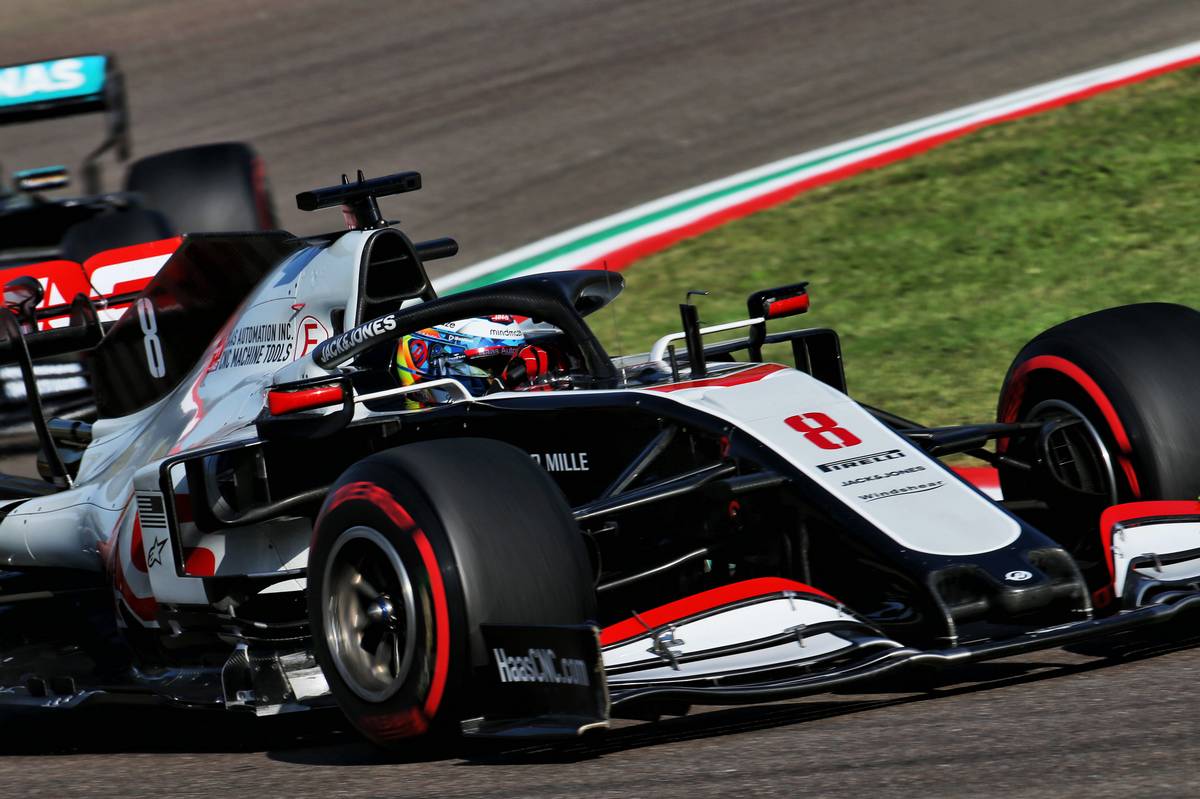 Steiner paid tribute to Grosjean's longstanding involvement with Haas, whom he joined for the US outfit's maiden season in F1 in 2016.

"Romain believed in our Formula 1 project at the very start, he committed to drive for us before we’d even built a car," added Steiner.

"There is no doubting the determination and sheer effort he has put into helping us to achieve what we have as a young team in Formula 1.

"We will forever be grateful for that belief and commitment. It is those qualities, his drive and ambition, that I’m sure will aid him on his recovery.

"On behalf of Gene Haas and myself, together with the whole Haas F1 Team operation, we wish Romain well and a return to full health."

Grosjean has expressed the desire to drive an F1 car one last time before he closes the door on his decade-long career at the pinnacle of motorsport.

"I'll call every single F1 team and see if anyone would offer me a private test in January or so, to jump back in the car, and have 10-15 laps to myself," he said in Sakhir.

If no other team steps in to offer a private test to the Frenchman, Mercedes boss Toto Wolff says the Brackley squad is willing to organize an outing for Grosjean.

"If we are allowed to do this, and nobody else within his universe of teams that he raced with would provide him with such an opportunity, we would do this," said Wolff.

Wolff says 'serious George' is like a 'finance guy'