Valtteri Bottas believes a "big battle" between himself and stand-in Mercedes teammate George Russel was in the making in the Sakhir GP before a tyre blunder destroyed his prospects.

Bottas failed to hold his own at the start, trailing Russell in the first part of the 87-lap race but gaining ground on the Briton during his second stint.

But when both drivers were called in and double-stacked during a Safety Car period on lap 63, it all went wrong, with a communications failure leading to massive confusion in the Mercedes camp.

Russell's car was fitted with two front tyres from Bottas' allocation while the Finn was forced to rejoin the race after an agonizing 30-second halt shod with the same hard tyres he had arrived on! 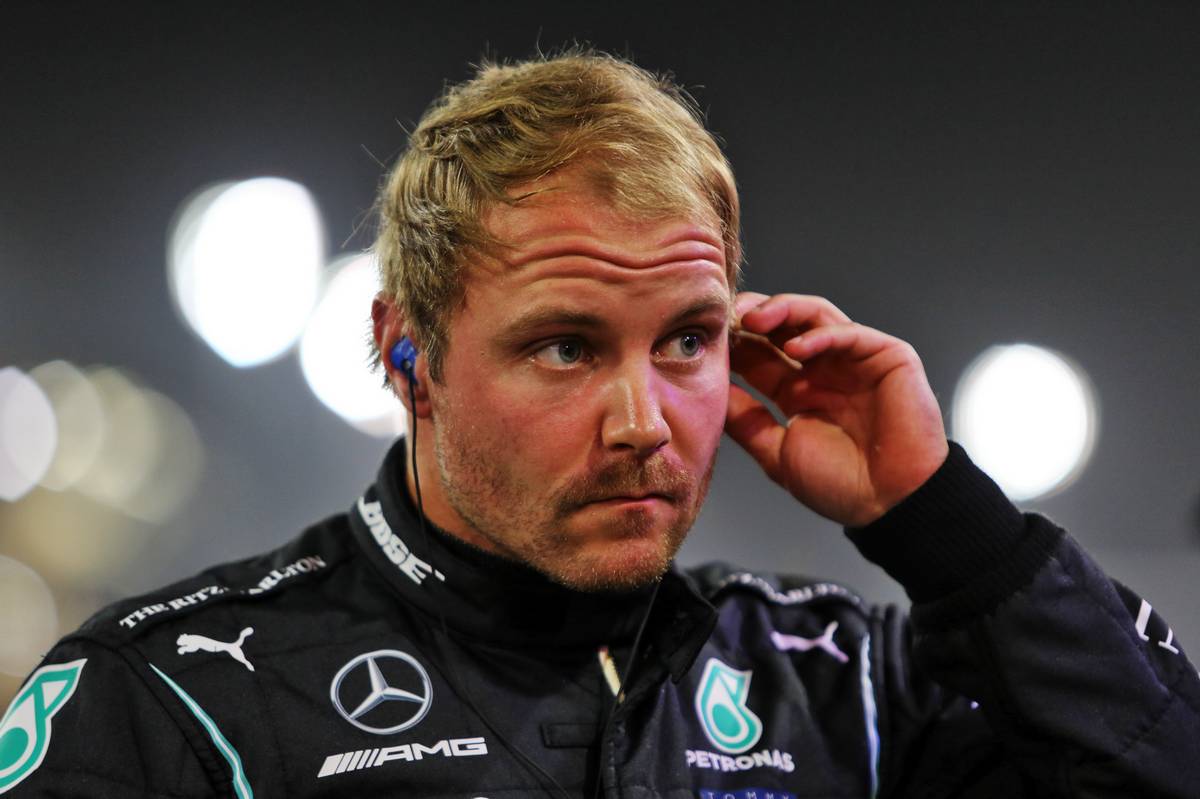 "I knew that in the first stint, with the medium tyre, track position would be important, so it was unfortunate to lose that," Bottas said.

"But on the second stint I was catching him [Russell] at a pretty decent rate, so I knew everything was still open and, most likely, we could have a big battle.

"I still believed everything was to be played for.

"During the safety car we stopped because we had margin to do so, and normally the team is bullet-proof, not making mistakes but today we did. Something to review and learn.

"In the end, I left the pitstop with the same set of old hard tyre that I came in with. I couldn't restart the tyres again under the Safety Car. I was like a sitting duck. It was a pretty nightmarish situation."

Bottas eventually concluded his unlucky evening in Bahrain a lowly P8, just one spot ahead of Russell whose chances of a race win were blown away by a puncture just nine laps from the checkered flag as he was hunting down future race winner Sergio Perez.

Russell's outstanding performance wasn't lost on Bottas who praised his young teammate's race but also touched upon how the Briton may have made him look like a "complete c***" from the outside for those who perhaps weren't aware of his troubles.

"A good performance obviously," said the Finn. "It was always hard to know what to expect but he had a strong race and he had a chance to win it, without the bad luck. So good job by him!

"In the race I was just trying to make the most out of it. I knew that there was long more race ahead, so I didn’t think of those things.

"Now, thinking about it, if you don’t know many things, for sure I look like a complete c*** and a fool, so that’s not nice.

"It was a pretty bad race for me from that side, so it’s pretty easy for people to say, ‘the new guy comes in and beats the guy that has been with the team for years’.

"While that’s not ideal, the people who need to know, how is the performance, and they know how the end result could have been. I don’t know what to say, really – not ideal obviously."

Russell has 'all the ingredients that a future star needs' - Wolff