Lewis Hamilton's return to active duty with Mercedes in Abu Dhabi next weekend isn't guaranteed, even if the seven-time world champion tests negative for COVID-19 later this week.

Hamilton currently remains in a 10-day quarantine in Bahrain that will theoretically end on Thursday, after which the Briton will be tested once again for the coronavirus.

While a negative test would end Hamilton's isolation period, a subsequent trip to Yas Marina to join Mercedes could prove problematic.

All visitors to Abu Dhabi must undergo a 14-day quarantine, but an exemption has been granted to the entire F1 paddock which will travel to the capital of the United Arab Emirates on Monday in successive bubbles onboard a fleet of chartered flights.

Hamilton will therefore need to gain a special dispensation to enter Abu Dhabi later this week, a free pass granted by the local government. 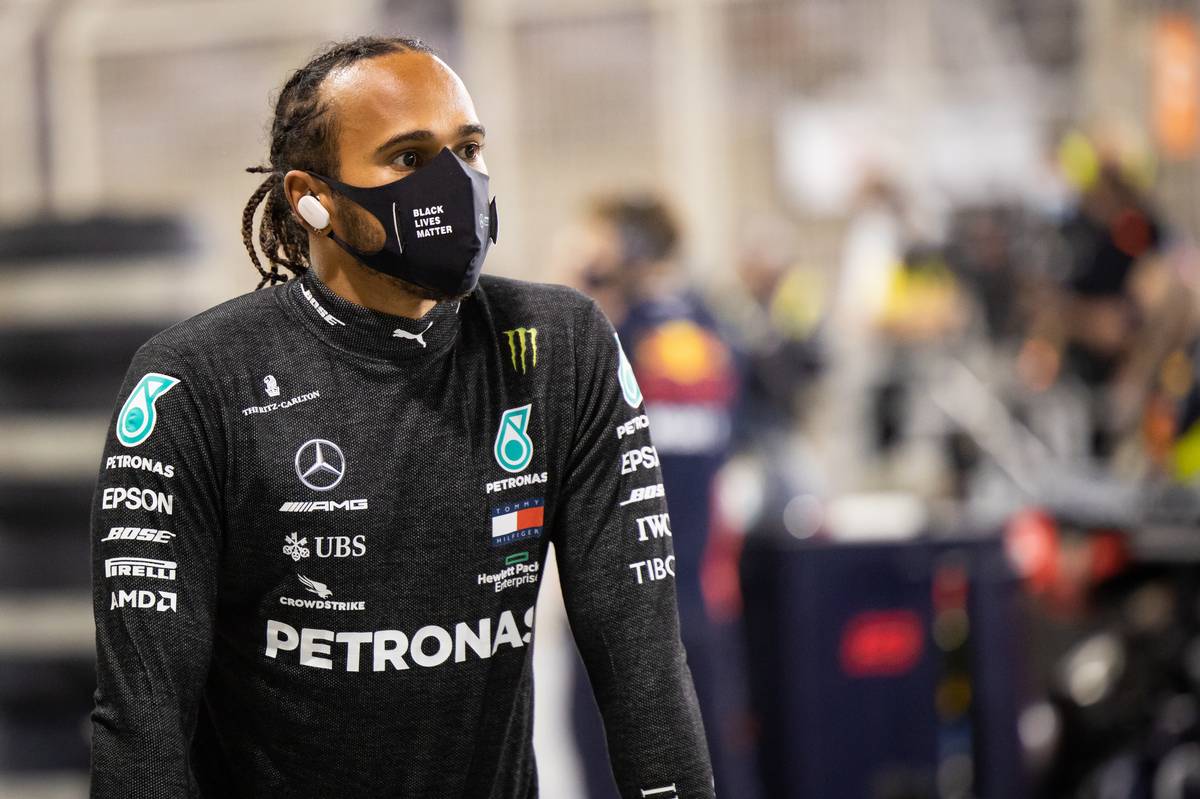 But the Mercedes driver will still be forced to respect a 24-hour isolation period on site before entering the F1 paddock, a constraint that could compromise his timely participation in F1's final event of 2020.

"Obviously the main part with all of this has always been complying with the respective governments, laws and regulations," explained FIA race director Michael Masi.

"So it's effectively two government entities that need to determine entry criteria.

"If he meets the entry criteria of the respective governments and then further complies with the testing protocol from an FIA perspective, in being tested negative prior to entering the paddock, then there's no problems from our perspective."

Hamilton could miss the opening day of practice, and even FP3 on Saturday, but we he would necessarily need to take part in qualifying to be eligible to race on Sunday.

"Within the current framework of the regulations, similar to what was used in Nurburgring, as long as the driver participates in a practice session, or qualifying, they're permitted to race," said Masi.

"So technically here and now a driver only has to fulfil one of those criteria.

"So they couldn't just turn up and race, as their only thing, they would have to do one of the practice sessions, be it free practice or qualifying practice beforehand."

On Sunday in Sakhir, Mercedes boss Toto Wolff confirmed that Hamilton's seat with Mercedes will be his to fill at Yas Marina if a timely test proves conclusive.

"I think if Lewis recovers, and is getting better every day, and he’s been considered COVID free, negative, then he will be in the car," Wolff said.