Charles Leclerc says the gains he's achieved this season on opening laps encouraged him to take a risk at Sakhir's Turn 4 where his ill-fated move resulted in his and Max Verstappen's demise.

Verstappen was running into the cornery when Leclerc overdid did on the inside and hit Racing Point's Sergio Perez, spinning around the future race winner.

Verstappen ran wide as he took avoiding action but veered onto the run-off area and into the barrier, followed by Leclerc's Ferrari.

The Red Bull driver wasn't happy with his rival, accusing him of being reckless. The Stewards agreed with Verstappen's assessment and handed a three-spot grid penalty to the Monegasque for the Abu Dhabi GP. 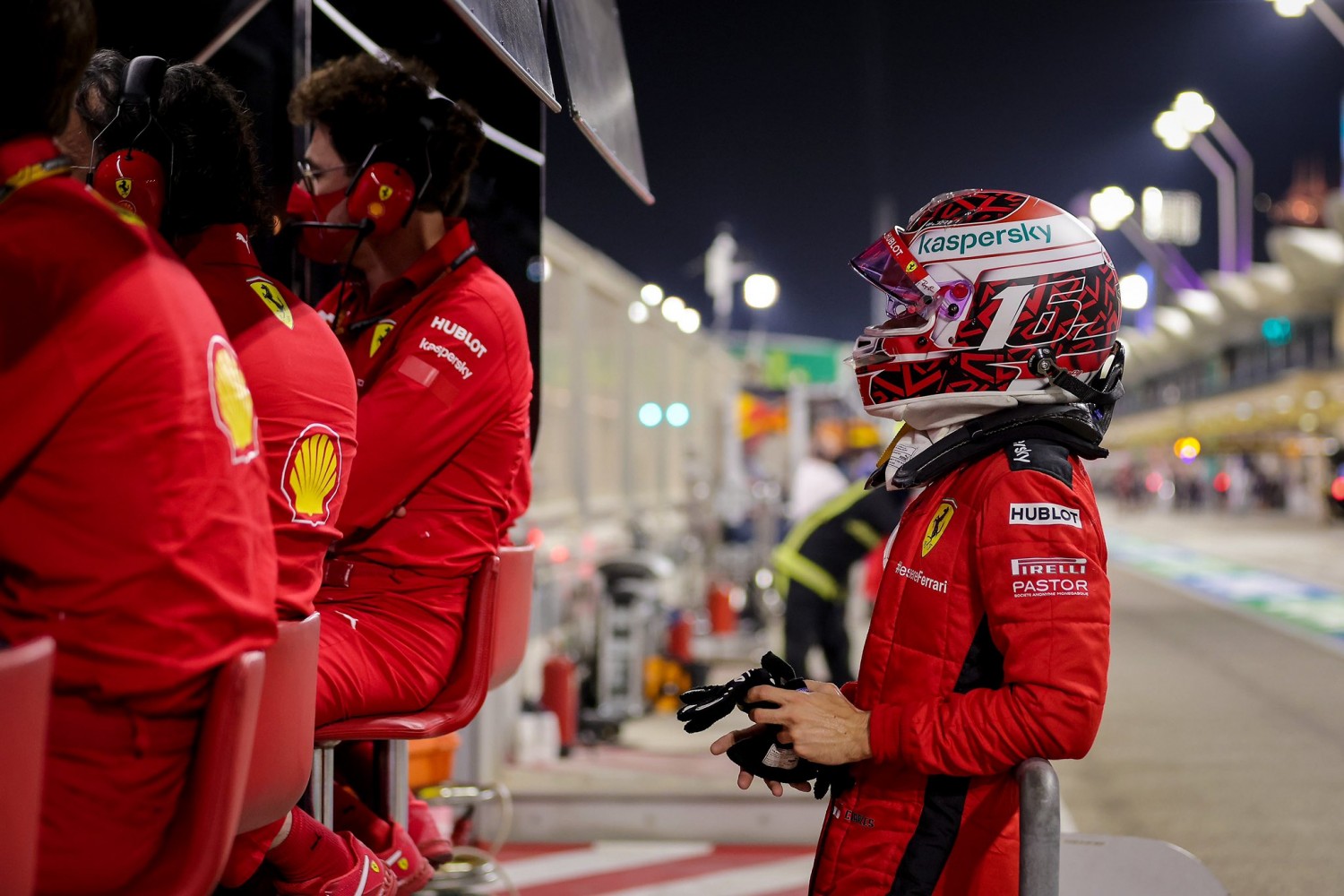 Leclerc - who triggered opening lap clashes earlier this season with teammate Sebastian Vettel in the Styrian GP and with Racing Point's Lance Stroll in Sochi - admits that he'll need to choose his fights better in the future.

"I think I didn't give much choice to the stewards basically," he said. "Because by not finishing the race, then well, I think I had to get a penalty somehow. And the only thing that was possible for them was to penalise me for the next race.

"It's the way it is. And it's like this, I think I've gained a lot in some of the races in the first lap, which helped me to gain a lot of points this year.

"And it happens that sometimes it just doesn't go my way, which it didn't last weekend. And it didn't in Austria at the beginning of the year.

“But at the end, I've also gained a lot of points with that. And I'll try to choose the fights better, because obviously gaining a position to Max was not going to bring us anywhere in a better position, because Max was anyway quicker than us.

Verstappen - Leclerc's unwilling victim at Sakhir - has also put the incident in the rear-view mirror, insisting he had no interest in getting into a "bitch fight" with his rival.

"I'm not interested at all," said the Dutchman. "I just want to do the race here and then go home. It's what it is.

"So no point trying to just have a kind of a bitch fight, and keep going on, talking to each other. It doesn't matter. We both retired, and it's what it is."

Bottas aware of struggles but 'full of energy' for Abu Dhabi

Hamilton gets all-clear to race for Mercedes in Abu Dhabi!