Sebastian Vettel says Mick Schumacher will need to find his own path to success in Formula 1 once he makes his Grand Prix debut in Australia in March.

Mick's father Michael was a mentor and friend to Vettel early in his own career, and the pair were regular team mates for Germany in the Race of Champions event at the end of each year.

“I am a Michael fan,” the four-time world champion told the official Formula1.com website. “So I’m happy to help. But I think it’s important for him to find his own path and follow his own way."

Vettel remains a close friend of the Schumacher family and supportive of Mick's own rise up the motorsport ranks. They even revived the old RoC tradition by teaming up in the 2019 event.

"I'm happy to help where I can because he's a great guy and obviously I have a very special connection to his father," Vettel acknowledged.

"From my side I really like him," he added. "We get along well and I'm happy to tell him everything that I know.

"I watched his father winning a lot more races than he could have watched me win, so I would be happy to help.

"It's a shame that Michael is not able to witness Mick's progression in the last few years and his step now into Formula 1."

Michael Schumacher continues to recover from head injuries sustained in a skiing accident at the prestigious French Alps resort of Meribel in 2013, with the family not willing to give details of his present condition.

Since then, Mick Schumacher has embarked on his own successful motor racing career and in 2018 won the 2018 FIA F3 European Championship. He followed that up by clinching this year's Formula 2 title.

As a result of that success and with the backing of the Ferrari Driver Academy, Mick was chosen as one of the two new rookie drivers at Haas in 2021, replacing Romain Grosjean and Kevin Magnussen. 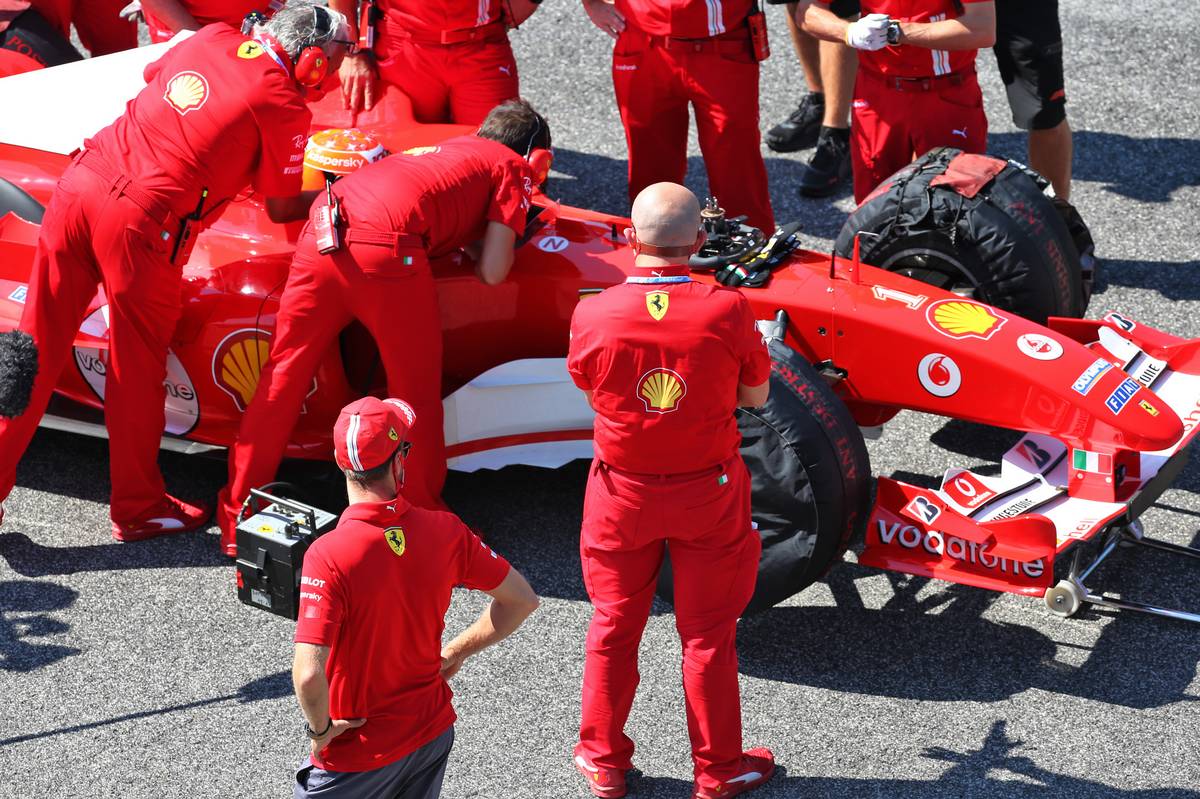 Mick has previously described Vettel as a role model, saying that he has "a great deal of respect for him."

"Well I'm flattered, obviously," Vettel said when reminded of the comments. "I think I will be happy to help.

"As much as it helped when Michael had some things to say when I asked and he gave me advice, I'm trying to do the same [for Mick].

“The way I look at him, I see him as a person where I can help him in his life or on track with some of the things I went through in my career."

Vettel himself followed in Michael's footsteps by heading to Ferrari. However the partnership did not yield any titles and he has now left Maranello to take up a new role at the rebranded Aston martin team in 2021.

Verstappen angered by those who 'piss off' Red Bull