Former F1 team boss Eddie Jordan has warned Lewis Hamilton not to overplay his hand in ongoing contract negotiations with Mercedes, and that the world champion must remember that he's replaceable.

Hamilton is the only driver at a top team not to have signed a contract extension for 2021. His team mate Valtteri Bottas has already locked down another one-year stay at Brackley.

“Apparently the parties don’t agree on the terms,” Jordan told F1-insider.com this week. “All I’ve heard is that Lewis wants more than Mercedes is prepared to pay.

"I guess that’s also about stakes in team revenues and an influential role in the Mercedes group," he added. "If I were the boss of Daimler, I would show him the door: Either you drive on our terms or you leave.”

Jordan also recalled the hard-headed words of former F1 boss Bernie Ecclestone in the wake of Ayrton Senna's death at Imola in 1994.

"Even though Bernie was shocked and saddened like everyone, he was the first to regain his composure," Jordan said. "[He told] us: ‘Stop complaining now, everyone is replaceable.’ Lewis should know that now too.”

“I like him a lot, but I think Aston Martin made a mistake in signing him," Jordan insisted. "The last two years against Leclerc at Ferrari were miserable.

"I don’t know why he looked so bad. He won four world championship titles after all. But I think he’s past his prime. In any case, I would have kept Perez.” 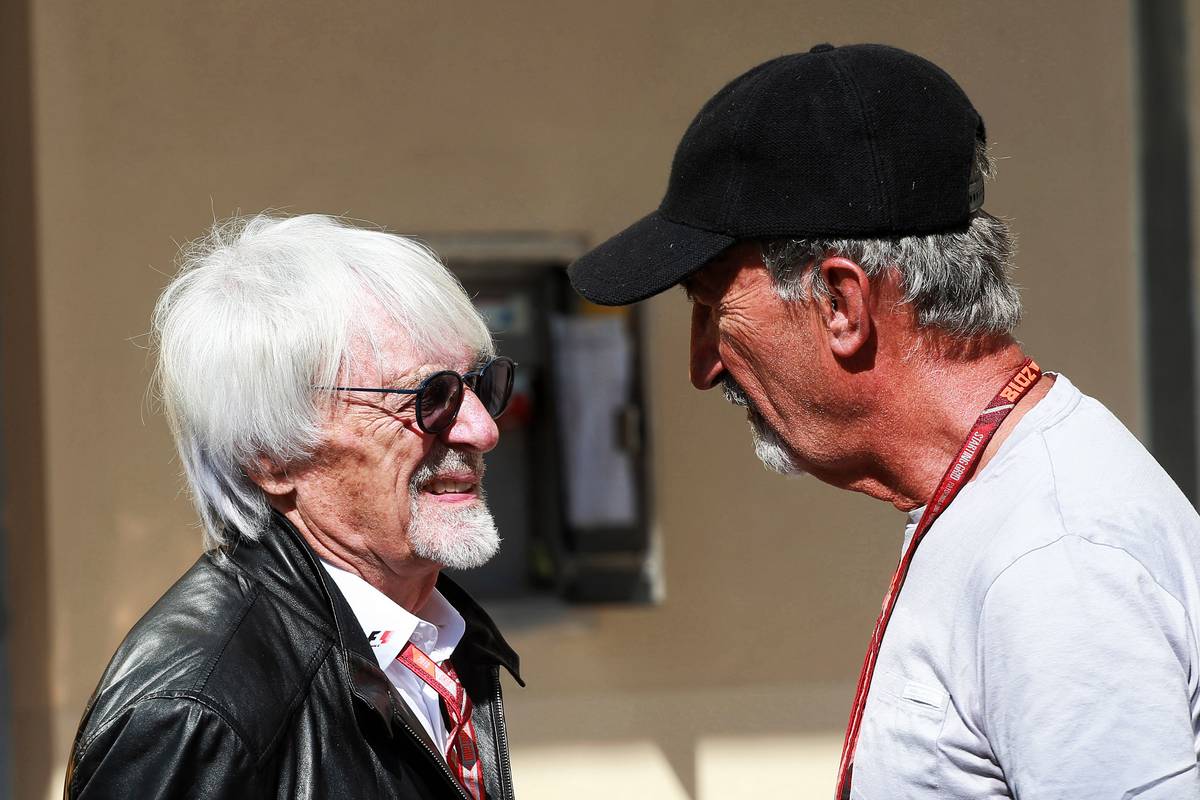 Not that he expects Vettel to be under much pressure from his new team mate Lance Stroll.

“Lance is like a grab bag, you never know what’s in it," Jordan said. "Sometimes he drives well, sometimes extremely badly. He is anything but consistent.”

But he sees Red Bull as the big winner in the game of musical chairs, as they will now have two top drivers in 2021 to compete against Mercedes.

"Perez is a great driver who will fulfil what Red Bull expects from him, especially in the race," he explained. "To be close enough to Max to be able to put pressure on Mercedes with two cars. His predecessor Alex Albon was never able to do that."

Jordan is known for his explosive and often controversial predictions, but he also turns out to be right in most cases.

He was the first pundit to break the news of Michael Schumacher’s comeback at Mercedes, and more recently forecast chemical giant INDEOS taking an equal stake in the team with Daimler and Toto Wolff.

“I have excellent sources that I can rely on 100 per cent - and I have a common sense," he commented when asked about where he got his exclusive stories from.

"I’m still extremely well connected in the scene. I regularly talk to Bernie Ecclestone on the phone among others," he added.