Silverstone is set to report that it has made a profit on the British Grand Prix “for the first time in several years”, says track boss Patrick Allen.

The British Racing Drivers’ Club (BRDC) appointed Allen as Silverstone’s new managing director ahead of the 2015 season. Having signalled his intention to turn the iconic Northamptonshire circuit into “the ultimate entertainment venue”, Allen moved swiftly with an aggressive pricing plan that included a £99 ticket.

This year’s British GP drew a record crowd of 140,000 spectators on race day and 350,000 over the three-day event, with Lewis Hamilton’s dominant run also a factor in boosting the sales.

“I've seen the accounts and we've made money, we're in profit, which is for the first time in several years,” Allen told Autosport. “Financially we are now doing OK, which is a good turnaround, it's nice.

“The team, the whole Silverstone family, all pulled together in a way that made it happen. Without everybody pulling their weight you can't turn a business around in 12 months, which we thankfully have done.”

Allen’s statement came after he had launched a bizarre attack on F1 last October, labelling the sport “unsaleable” and a “sh**t product”, while also saying that the British GP was “at risk” due to a shortfall in funding.

Still, the Silverstone chief claims that attracting a bigger audience will result in implementing even cheaper deals for the fans.

“If [they] support us at a grand prix, and we can maybe get 200,000 people in on a Sunday, that allows me to lower the price for the following year.

“We're then able to reinvest a proportion of the profits back into the ticketing model to maintain the levels of support from the fans.

“If crowd numbers fall, which is what happened under the old management's regime, the reaction was, 'We still have to pay Bernie Ecclestone, so we have to put the price up'.

“That means fewer people can afford it, the numbers fall and the price goes up again. I reversed that fairly dramatically, fairly abruptly, and we know now it works. But we can't rest on our laurels. It's now about how we drive it all forward.”

Silverstone’s contract to host the British GP runs until 2026. 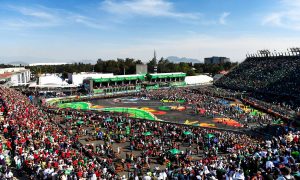