McLaren CEO Zak Brown has predicted that there will be little difference in performance between his two drivers Lando Norris and Daniel Ricciardo in 2021.

While Norris is heading into his third season with the team, Ricciardo will be making his debut for McLaren at the Bahrain Grand Prix next month after moving from Renault over the winter off-season.

"I think we’ll have some pretty close racing between our two drivers," Brown said in an interview with Sky Sports this week.

"[Lando and Daniel are] great personalities outside of the race car and great to be around," he added. “But once they put the helmet on they are pretty ferocious!

“Hopefully the two of them will push each other forward, and we’ll try to tackle some of the teams in front of us.”

The teams ahead of them are Mercedes and Red Bull, and Brown admitted that despite a return to form for McLaren in 2020 it remained a big gap for them to make up this season.

“We closed the gap last year and that’s our goal for this year," he said. “Last year was so close and I expect it to be even closer.

"The gap is still huge but I’ll take closing the gap as priority number one.

"We went into the last race [at Abu Dhabi] and could have been third, fourth or fifth," he pointed out. "That really wouldn’t have been a reflection on how we had closed the gap." 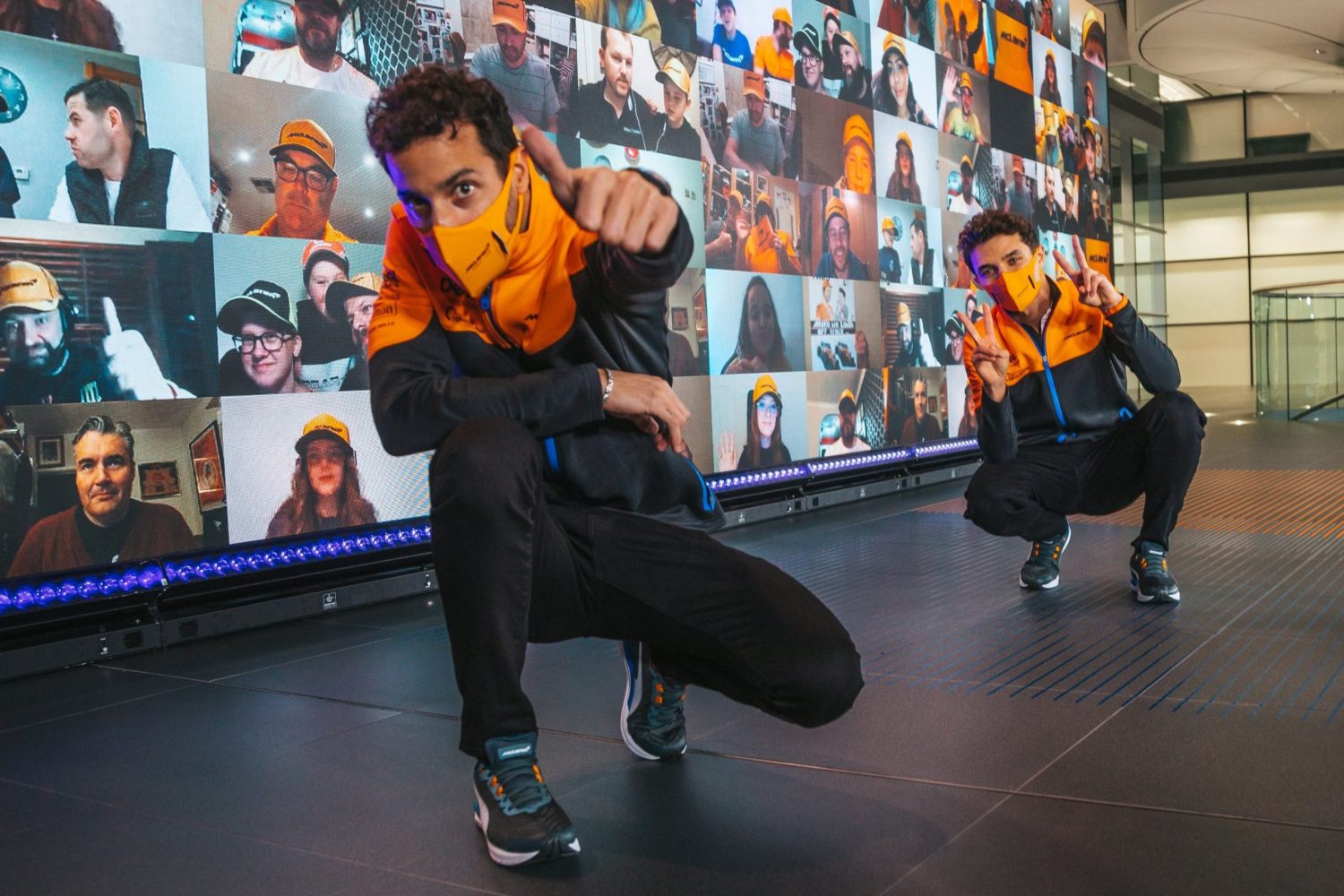 While all the teams on the grid face the unprecedented challenge of preparing a new car while working under coronavirus restrictions, McLaren has also had the unique task of switching power units from Renault to Mercedes for 2022.

“We feel very prepared,” he insisted. "We have our power unit change, so we have probably the most significant change [of any team.

"Couple that with limited testing we certainly have our hands full," he admitted. “But I feel like the men and women at McLaren have done an outstanding job.

"We were first to launch [on Monday], so I think we’re prepared. Let’s see how fast it is once we get going.”

Brown also spoke in favour of F1 trying out a new Saturday sprint race format in 2021.

"Everyone is in favour of the concept of trying something new," he said. "It's looking like we'll maybe do it at two or three races this year.

"What's important is that it's an equal playing field in the sense of no reverse grids or anything artificial.

"But [we should] do something different so it differentiates itself from Sunday's race," he added. "I'm encouraged. Anytime you have sometime new you try it.

"If it works you keep doing it, if it doesn't you either change it up or you don't do it anymore. I think it's only a positive for the sport."