Alfa Romeo technical director Jan Monchaux believes it could take years for the impact of Formula 1's new cost cap to make an appreciable difference to the sport.

This season sees the introduction of a $145 million budget cap for all teams provided that there are at least 21 races completed. However that doesn't cover engine development and driver salaries.

Every team will also have a reduced amount of aerodynamic testing available to them over the course of the season compared to last year as a further part of the sport's latest cost-saving initiatives.

The aim is to bring the expenditure of the top teams including Mercedes, Red Bull and Ferrari more in line with that of the smaller squads including Alfa Romeo and thereby help improve competitiveness.

“I don’t think any effect of the budget cap on the teams’ competitiveness will be evident in 2021,” Monchaux said at the media launch this week of the team's 2021 contender.

“The budget cap is only being introduced for this season when the 2021 cars were already completed," he is reported as saying by The Race.com website.

“There will be in-season development of course," he added. "But with the regulations remaining stable from last year, I don’t expect any overhaul beyond some minor changes in the pecking order."

In fact, Monchaux felt that the current technological advantage enjoyed by the biggest F1 teams would "take a few years to fade".

"The budget cap doesn’t cover the power unit [which is] the heart of the car," he pointed out. {It] will still be a large differentiator and therefore an advantage for the best in the class.

“We will start to see some more impact from 2022, when all the teams will have the same budget ceiling to develop the car.

"This will result in the gaps in performance to be reduced, although the full effect of the new regulations will take a few years to become apparent." 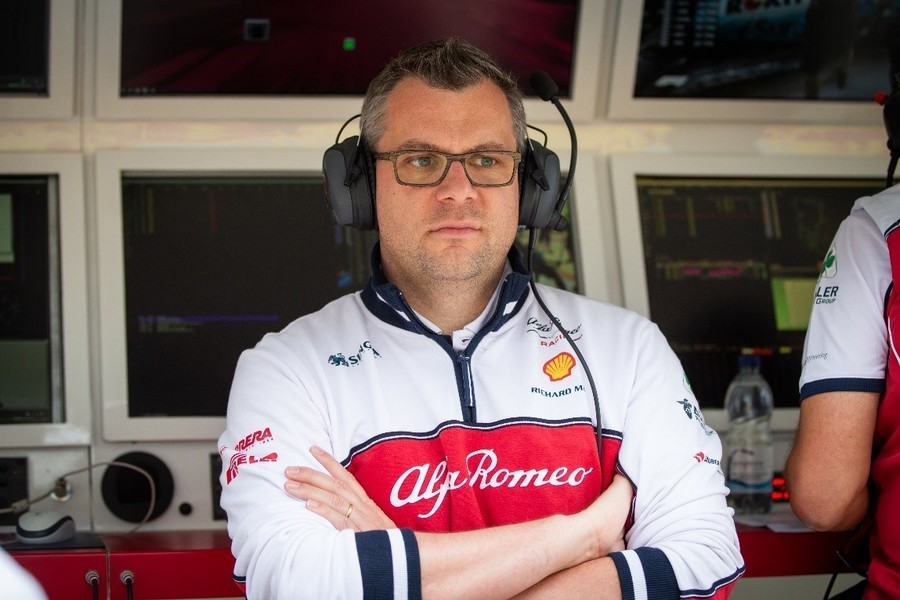 Even so, Monchaux suggested that there would be a “great opportunity” for teams like Alfa Romeo to find major improvements this year.

“We are planning to bring updates through the year," he confirmed, but admitted that he was expecting a “less intense race of updates compared to previous years”.

He added that teams would have to balance work on this year's car compared to 2022 when new sporting rules and technical regulations come into effect.

“I would think that a lot of teams are thinking about dampening a little bit the amount of effort and amount of updates they will bring during the season to concentrate on the 2022.

"I think there will be a shift on the effort on the actual car versus the other car, where most of the team would certainly drop the effort earlier than usual.

“For example last year we were bringing updates I think until Istanbul, Portimao," he added. “I would be very surprised we are still doing this this season.