Romain Grosjean enjoyed his first run onboard an IndyCar on Tuesday and felt "really happy" with the experience.

The former Haas driver was back behind the wheel of a racing car for the first time since his fiery crash on the opening lap of the Bahrain Grand Prix in late November that left the Frenchman with burns to burns to his hands.

"It felt very normal," after spending the day at the 17-turn, 2.38-mile Alabama road course. "It’s a different car, a different position, but apart from that, everything felt great and normal.

"I just need to get used to a new car. It reminds me of when I was jumping from Formula Renault to Formula 3 and GP2. So far, I’ve been really happy with it.

"The mechanical grip of the car has been really good. I can really understand why you can get the racing good. The way the team works is really good. It’s different, but I’m happy with that.

"Trying to adapt myself has been quite smooth. I think the more testing we have, the better it is, but I’m also very much looking forward for it to be the 17th and 18th of April to go racing." 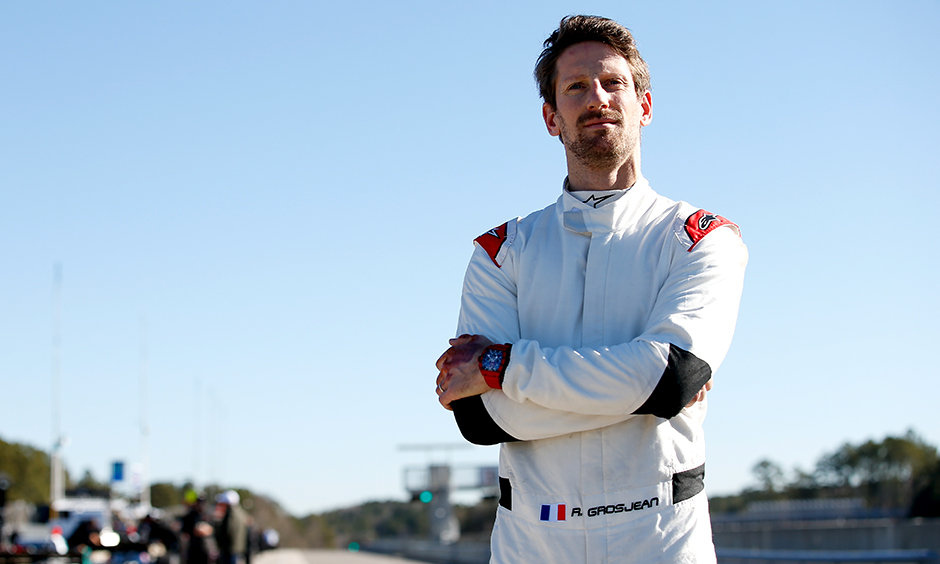 Grosjean's 2021 season with the Dale Coyne Racing with RWR Honda will include the twelve road and street tracks on IndyCar's schedule.

While the Frenchman was happy with his maiden outing on Tuesday, he nevertheless highlighted the physical challenge of manhandling a single-seater heavier than an F1 car and that does not have power-steering.

"After the first run my biceps started hurting a bit, and I thought: ‘OK, OK. Now we’re talking,’" he said. "You really feel the car.

"I guess you can drive it a little bit more with your driving style with the way you apply the brake and your turning and so on.

"You can actually use different lines, whereas in Formula 1 you may be more stuck to the ideal line because of how the aerodynamics work.

"I made a mistake this morning, and I spun (in Turn 1). I was stuck in the gravel. (The track) has consequences, and you need to stay within the limits, which I always quite enjoy."

Grosjean also noted, with a great deal of pleasure, the laid back and friendly atmosphere that prevails in IndyCar despite the fierce on-track competition.

The Frenchman's countryman Sebastian Bourdais and two-time Indy 500 winner Takuma Sato were among the first to welcome Grosjean to the world of IndyCar.

"When I came yesterday, I was quite surprised to see that the cars are being set up here, and there’s no closed garage or tents," he said. "I really like it.

"You get to go into the pit lane, and I was talking to Sebastien Bourdais, and Takuma (Sato) came over, and we had a good chat next to his car.

"The talking is made on track, but whenever you remove your helmet it feels like everyone is friendly and likes to talk and chat."

The 2021 NTT IndyCar series is set to kick off at Barber Motorsports Park on April 18.