The new season hasn't even started and the ink on this year's contracts barely dried, but already there's speculation about what will happen on the grid in 2022 - and in particular the driver line-up at Mercedes.

Both Lewis Hamilton and Valtteri Bottas have only signed one-year deals to stay at Brackley. until the end of the year.

While that's unusual for Hamilton, it's business as usual for Bottas who has been on a rolling annual contact since originally joining the team in 2017.

“I’m honestly in no rush for that,” Bottas said last week at the launch of the new W12 when asked whether he wanted to get something signed and sealed for 2022.

"Honestly, from my side, there's really no rush," he added. “Eventually it will be a talking point, but not quite yet."

He said that he understood why the team wanted to keep its options open for the future. "If the team has the opportunity for the big change coming in 2022, to have options, to choose both of their drivers, I think it’s good for the team.

"Just full gas for the season, and trying to get to my goals," he insisted, pointing out that his current focus was on having a successful 2021.

And in order to achieve his primary goal of winning the world championship, he needs to finally find a way to come out on top of his team mate. 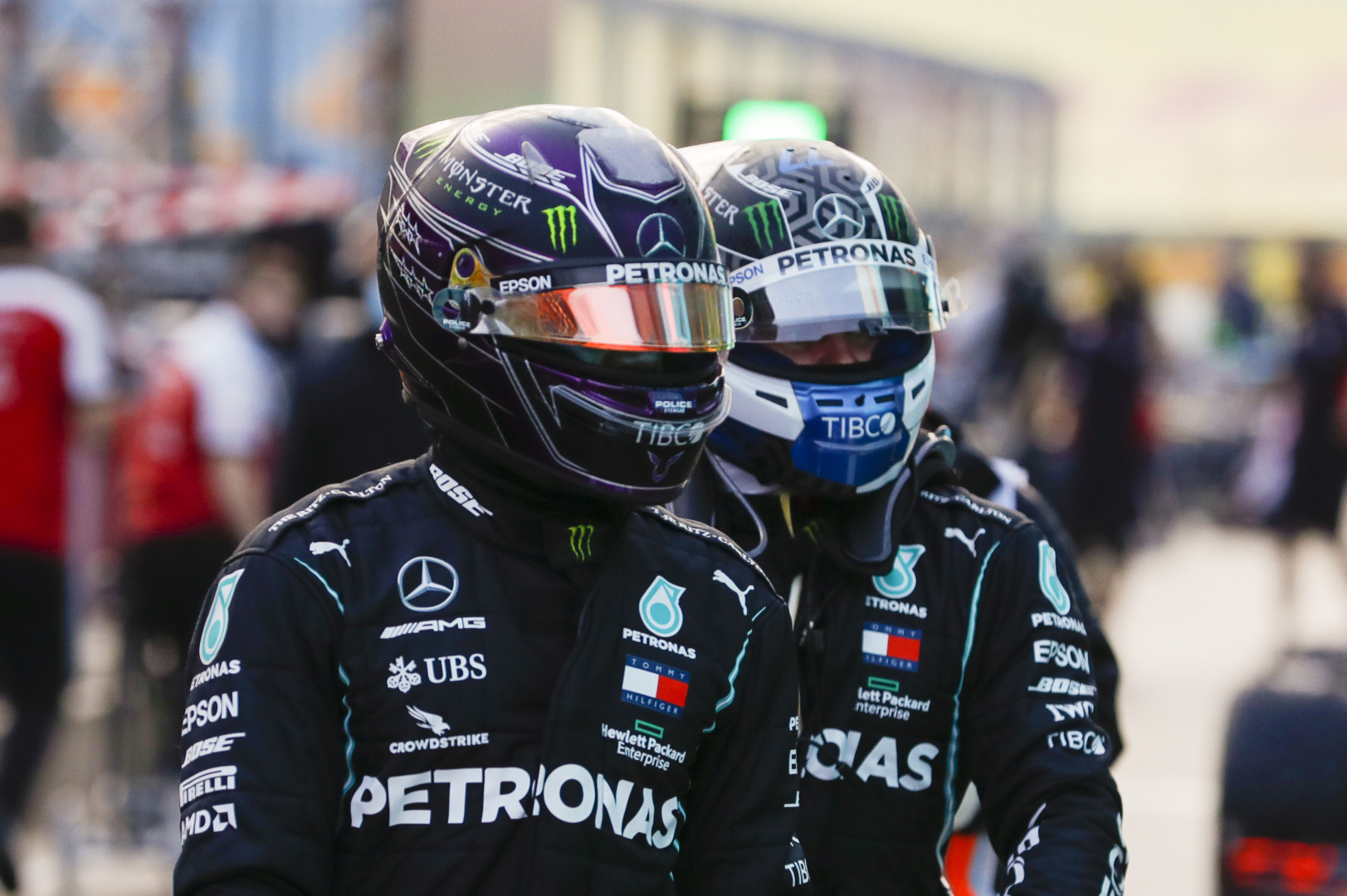 "I’ve been teammates with Lewis now several years, and obviously every year that is the goal,” he confirmed. "It would be disappointing [not to achieve that].

“But what would be more disappointing is if I look back and realise things that I could have done better or I should have put more effort.

“I don’t want to leave any 'what-ifs' after this year," he said. "That’s the ultimate goal.

Despite his insistence that he's in no hurry to secure his, the clock is undoubtedly ticking for Bottas with George Russell waiting in the wings to step up from Williams at the first opportunity.

Russell impressed when he sat in for Hamilton at the Sakhir Grand Prix last December when Hamilton tested positive for coronavirus.

Mercedes has just added Nyck de Vries to its line-up of test and reserve drivers for 2021 alongside his Formula E team mate Stoffel Vandoorne. Rumours linking former Renault driver Nico Hulkenberg to a similar position have also been doing the rounds.

Mercedes boss Toto Wolff insists that Bottas’ future with the team “is within his own hands”.

"Valtteri is always going to have unconditional support from the team, that is not going to change in 2021 either, in order to perform as good as he can," he said. "We have seen fantastic performances over the last few years, just not stability throughout the season."

But right now all that is far from Bottas' mind. "I’m speaking as if it’s not with Lewis that I’m fighting or winning titles," he said.

"I haven’t really thought that far. I’m putting full focus on this season and obviously then we’ll see after.”