Daniel Ricciardo seized bragging rights for himself and McLaren by topping the first segment of pre-season testing in Bahrain.

The Aussie edged AlphaTauri's Pierre Gasly and Red Bull's Max Verstappen in a session marked by an early setback encountered by Mercedes. A gearbox issue and a transmission change disrupted Valtteri Bottas' morning program, restricting the Finn to just a handful of laps.

Drivers ran mostly on Pirelli's hard compound tyre with grip at a premium around Sakhir's windy and sandy track.

Friday's start to pre-season testing officially marked the end of a busy winter for Formula 1 teams, with car changes, color changes, driver changes and even a couple of name changes among the field.

After everyone indulged in a pre-season photo shoot, engines were fired up, with Alfa Romeo's Kimi Raikkonen kicking off proceedings. 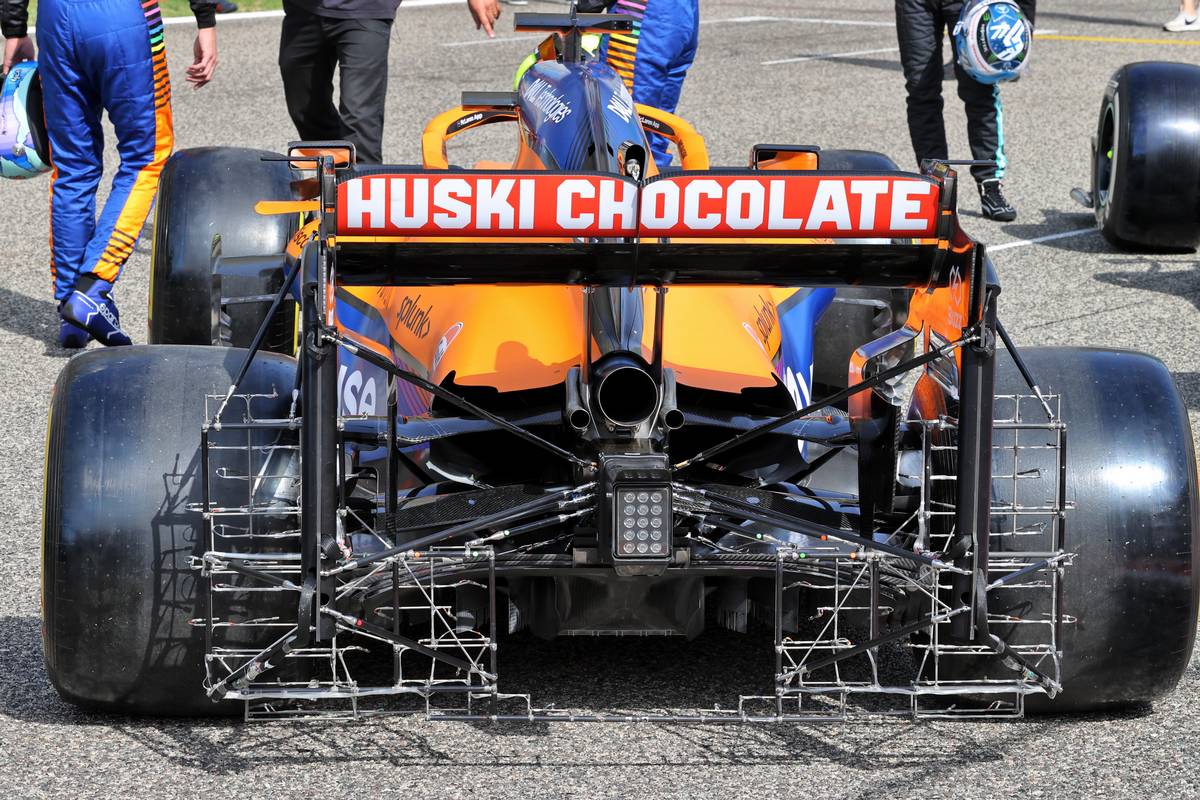 Almost at the outset there was an unfamiliar sight at Mercedes, the championship winning squad putting up the big screens at the front of its garage as it prepared for pending trouble, and after just a single lap by Valtteri Bottas.

Eventually, the team admitted to a gearbox issue that required a change followed by a proper diagnosis.

Mercedes wasn't the only outfit struggling with transmissions problems as Haas' Mick Schumacher was confined to his garage as the team undertook a gearbox change following a hydraulic issue on its new VF-21. 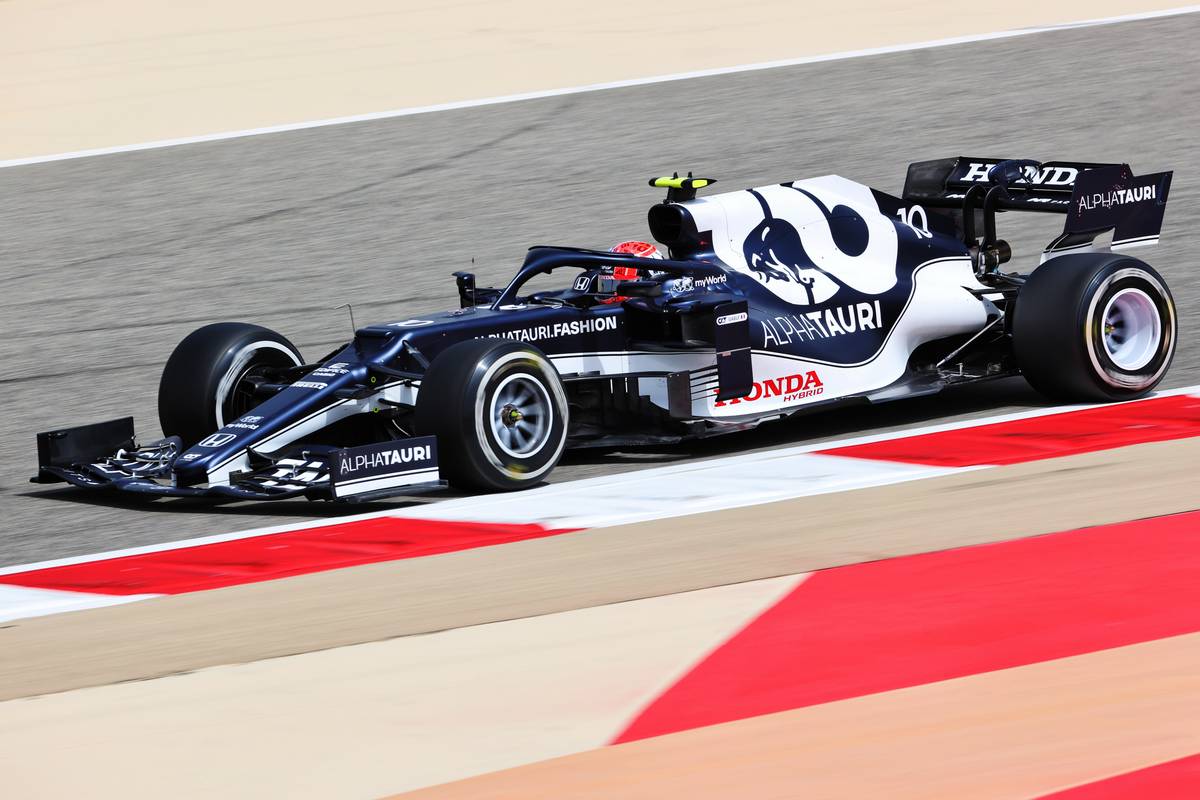 Raikkonen concluded the first hour of testing at the top of the time sheet, but everyone was still very much stretching their legs in exploratory mode as they gauged their new mounts and established their respective baselines.

AlphaTauri's Pierre Gasly and McLaren's Daniel Ricciardo took turns at the top of the timesheet in the second hour, with both drivers circulating with assiduity around a benchmark time of 1m32.203s.

Several cars - including Max Verstappen's Red Bull - appeared to be a handful for their drivers, with the instability likely rooted in the hard compound tyres, low grip conditions, early settings and perhaps the gusty wind surrounding Sakhir. Speaking of which, a sandstorm was reportedly closing in on the track, and with it a potential risk of disruption in the afternoon.

As the session ticked over, the search for balance continued among the runners with lap times and the pecking order remaining largely irrelevant. 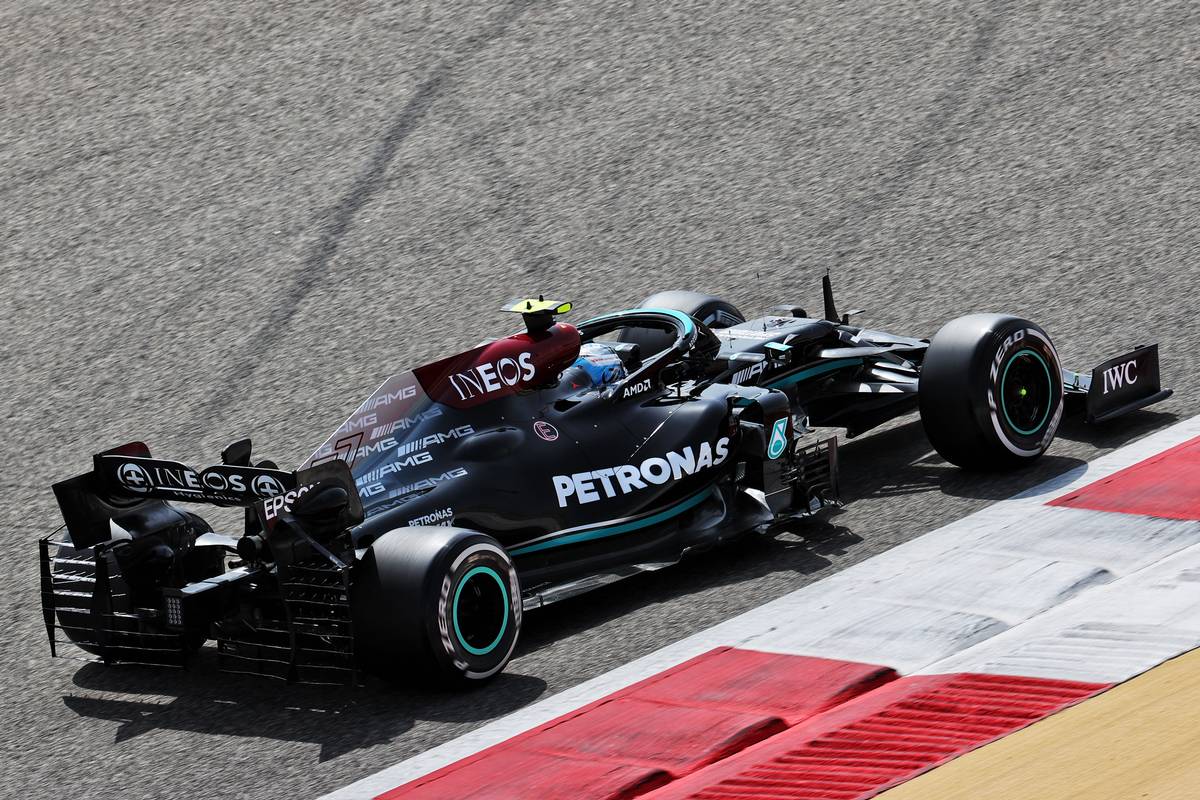 With less than 45 minutes left on the clock, Mercedes initiated its preparations to finally send Bottas back out, and the Finn emerged ten minutes later. But the morning setback will have left Lewis Hamilton with a busy afternoon at the office.

Schumacher was also back in action with 20 minutes to spare after a lengthy morning hiatus.

As the session wound down to the one-hour lunch break, Leclerc brought out the first red flag of 2021 when the Monegasque parked his Ferrari at the side of the track at Turn 4 after an apparent mechanical issue on the SF21. A setback that implied a cancelled pasta break for the Ferrari crew.

The session thus ended prematurely with Ricciardo topping the morning segment for McLaren-Mercedes with 45 laps on the board and a 1m32.203s effort that edged Gasly by 0.028s, while Verstappen clocked in third, 0.042s adrift.

Alpine's Esteban Ocon was the fourth and final driver to achieve a sub 1m33 lap while Leclerc rounded off the top ten.

The action will resume at 12pm UK time, or 1pm CET.