Lewis Hamilton emerged victorious in the 2021 Bahrain Grand Prix, the first time that that the Mercedes driver has won the first race of a season since 2015.

But it took a monumental effort from the reigning world champion, with Max Verstappen chasing him down over the final laps. He took the lead from Hamilton with three to go - only to be told to hand the position back because he'd gone off track on the process.

Hamilton was then able to regroup and hold off the Red Bull for the remaining minutes to claim his 96th Grand prix career victory - and definitely one of the toughest and most memorable of them all.

"It was one of the hardest races I've had for a while," Hamilton told the media in parc ferme after the end of the race. "It was difficult and Max was all over me right at the end, but we just about managed to hold him off.

the race had largely been a battle of tyre strategy, with Hamilton the first of the leaders to pit on lap 13 to swap his starting set of mediums for a new set of mediums.

That meant he was forced to stop for a second time on lap 28, leaving him with a big headache to make it to the finish. Meanwhile Verstappen's final stop was delayed until lap 39 when he took on a set of the faster medium compound, putting him in an ideal position to chase down Hamilton in the remaining laps.

"Definitely, stopping early we knew it was going to be difficult but we had to cover Max," Hamilton explained of the decision to make that first early stop. 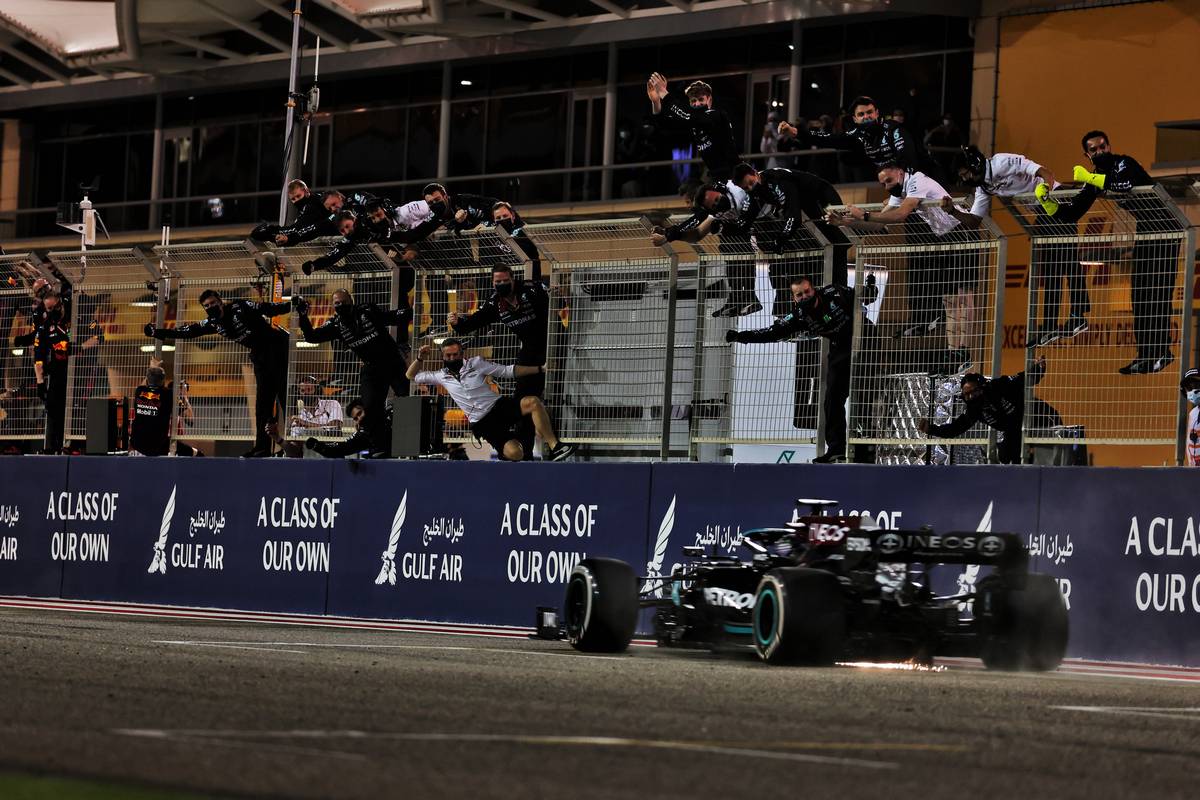 "We stopped for that last stint and were trying to find the right balance between not pushing too much and having tyres that were alive the end of the race."

But while he'd emerged victorious on the day, Hamilton accepted that Red Bull had proven beyond doubt that they were a huge threat to the title ambitions of Hamilton and Mercedes this year.

"They've had an amazing performance all weekend, so [we knew] it would take something really special," he acknowledged. "Through testing we thought that we were going to be six to eight tenths behind."

Hamilton praised the efforts of the entire team, not only those working trackside but also back at base in Brackley and Brixworth.

"The work that's going on the last week has been spectacular, and I'm just so proud to see everyone's so hyped for today as well," he said.

"Massively thankful to the men and women back at the factory and the guys, and here also, for continuously pushing the boundaries and never giving up even if we did feel we were behind."

Verstappen wanted team 'to let him go' against Hamilton