Formula 1's data services during first practice for the Emilia Romagna Grand Prix were hit by problems with a local fibre optic line which meant that some teams had been left running 'blind'.

F1's data system went down at the start of FP1, but a rapid switch to 'recovery mode' meant that it was at least possible for basic operations to continue via satellite link.

However the media coverage was missing many of its usual elements, such as information about tyre usage. Teams were also affected, with communications between the pit walls and cars on the track not working for part of the one-hour session.

"Certainly it was a big problem," Ferrari team principal Mattia Binotto confirmed afterwards. "I don't know if in all the teams we had exactly the same problems, but for us it was very difficult.

“Communicating with drivers from the pits is always very important for safety, functionality, reliability,” he stated. “It’s not only performance, it is really making sure that everything is running smoothly.

"If you've got any problems you don't know how to react and to communicate, so these type of problems are serious.

"For us it was very difficult, especially on Charles. [There was] no way of communicating to him," he continued after minor issues with the car left Leclerc sidelined for much of the first session.

"We are running our race power unit, because those power units are the ones we fitted in Bahrain and are used for the entire weekend," Binotto explained. “We aborted the first run because we had a small issue."

Binotto pointed out that the data issues had included the loss of GPS information that had contributed to a collision between Esteban Ocon and Sergio Perez which led to a red flag stoppage. 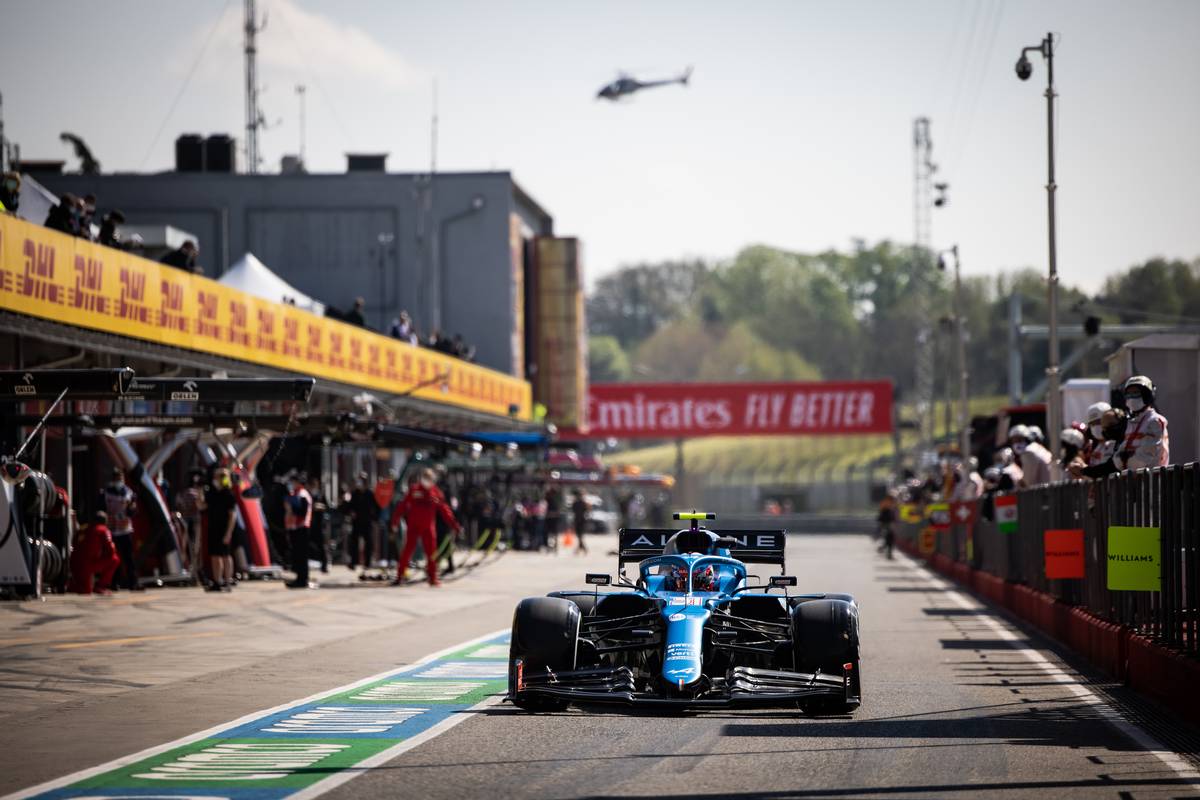 The data problems meant that onboard camera footage of the incident was also unavailable. Stewards were able to subsequently able to review what had happened decided to take no further action due to the extenuating circumstances.

"You can't give him advice on the cars following, so there can be impeding situations which are not voluntary at all," Binotto explained of the challenges faced by the teams. "It's very difficult for the drivers as well to know who is coming behind."

Alfa Romeo boss Fred Vasseur said that his team had also been left without lap times during the session. "We had the data for safety at least," he said. "It was just for the first stint until the mid-session, so it's okay for me. It wasn't a drama.

However Kimi Raikkonen and Antonio Giovinazzi hadn't been happy to be left in the dark. "The drivers were complaining about the radio," Vasseur admitted. "[But] 20 years ago the guys were able to drive without the radio!"

"It was like we were blind on the pit wall," contributed Aston Martin CEO Otmar Szafnauer. "Even driver communication wasn't working. It made things much more difficult.

"Until you lose that kind of data I don't think you realise how much you rely on it," he added.

COVID protocols mean that F1 has minimised the number of technical and IT staff travelling to each race venue, opting instead to run operations from its UK base at Biggin Hill.

But F1 bosses said that the failure had been a local one at Imola rather than with F1's global infrastructure and that it had been addressed over the lunch break. Second practice went ahead as normal with full services restored and no further issues.