Charles Leclerc narrowly missed out on a podium in the Emilia Romagna Grand Prix in Imola, in a wet race that saw Leclerc and his Ferrari team mate Carlos Sainz finish in a strong fourth and fifth place.

But Leclerc made it clear that it not for the red flag stoppage, he was sure that he would have had a strong chance of finishing in the top three on Sunday.

"I’m happy with the race, but at the same time a little bit frustrated,” he told the media after the finish, revealing that the team had gambled on the weather playing a big part in the race.

“We took a bit of a gamble yesterday with the downforce to be a bit better if it was raining, and that was the case," he explained. "The first part of the race [when the track was wet] we were very competitive and everything looked good.

However the red flag resulting from the collision between Valtteri Bottas and George Williams on lap 31 changed the picture.

"It was a bit difficult for us [after the red flag] because we started to be very vulnerable," he said. "Unfortunately with the red flag we struggled to defend from the cars behind. 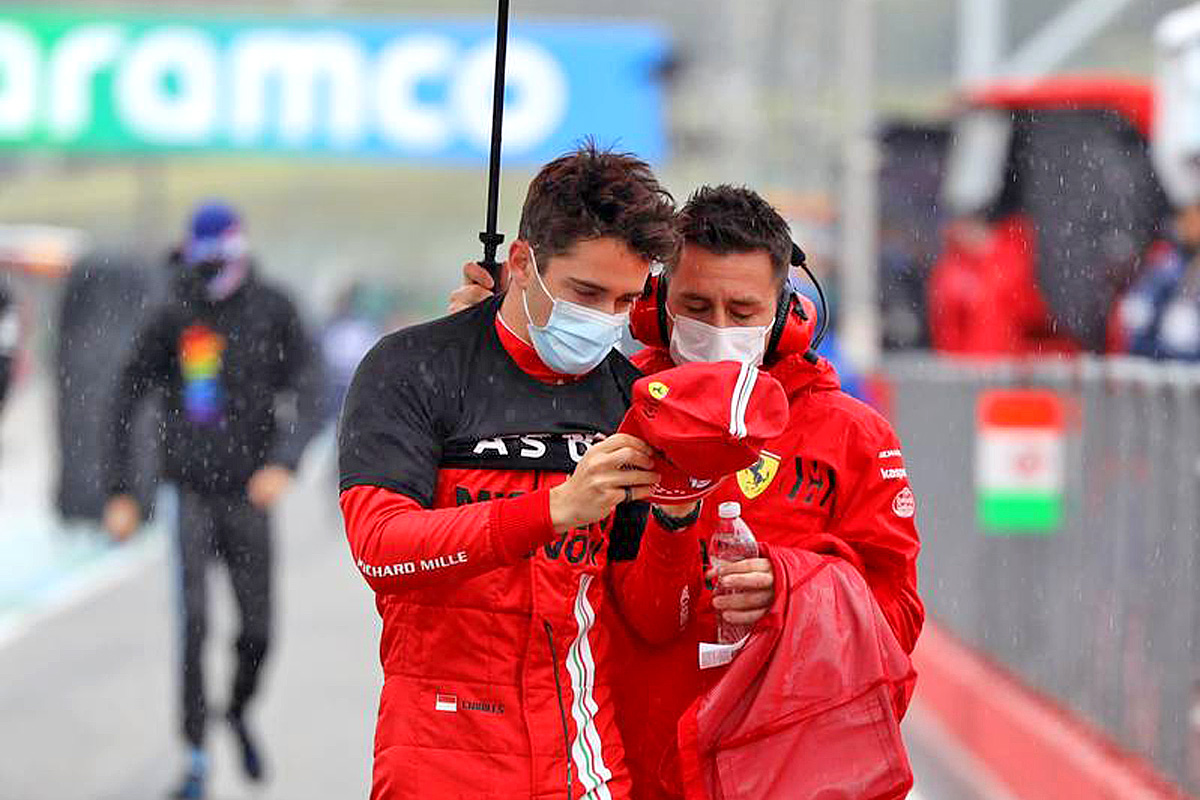 "All the cars were reshuffled and it repacked everyone, and then we started to be a bit vulnerable in the straights," he added. "That made it difficult to fight or defend from others."

The delay also meant that with no more rain falling, the track was able to continue to dry out, so Ferrari's set-up gamble was less of a factor in the second half of the race.

"It [was] more difficult for us when it was dry in the second part of the race," Leclerc agreed.

But overall, Ferrari's solid showing this weekend confirms that the team is back in business after a terrible time in 2020.

"I’m very happy with the performance we had today," he said. "There is definitely a lot of motivation. We are fighting for more interesting positions now and this is positive.

"We have been working well and if we keep it up, I’m sure that we will be fighting for the top places soon." 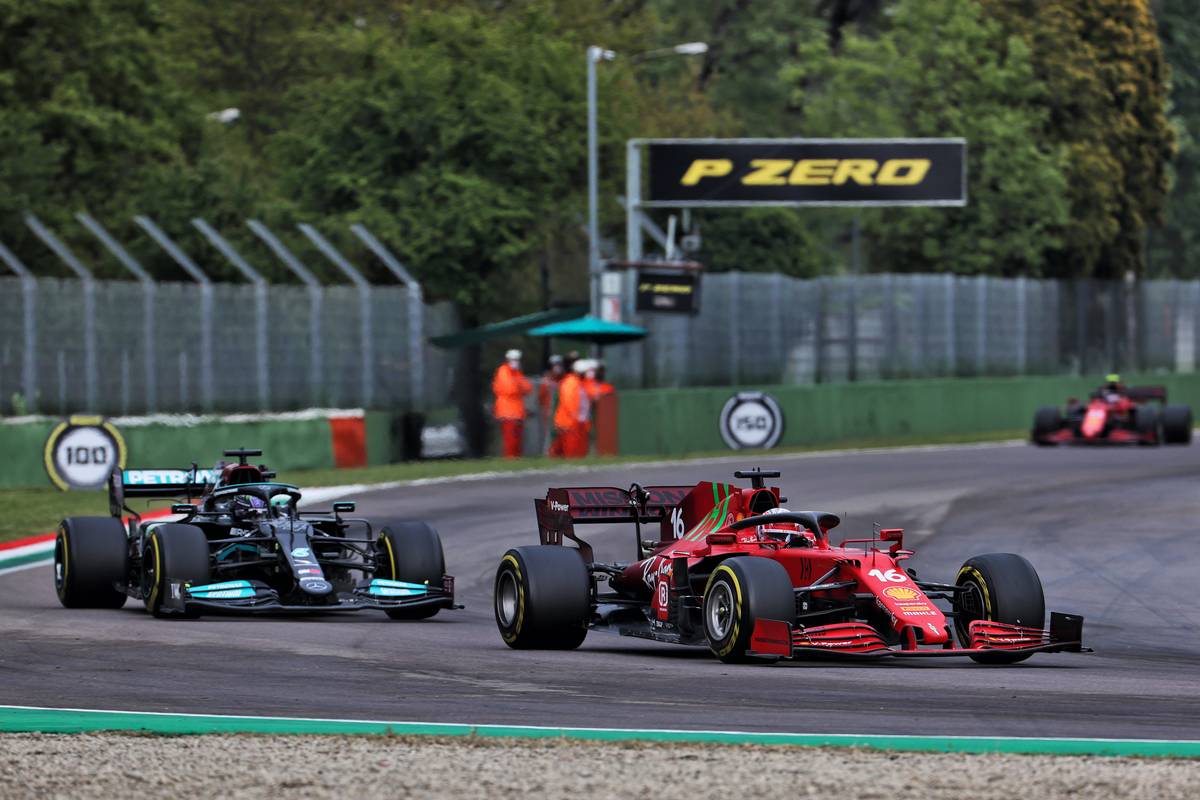 "On a completely different track and in very different conditions to the first race of the season, this result confirms that the work we are doing is going in the right direction," he commented.

"The fact we are unhappy about not getting at least one driver onto the podium is further proof of that.

"We can definitely say the outcome of these first two races is a positive one. Not since the second half of 2019, specifically the races in Japan and Mexico that year, have we had both drivers in the points in two consecutive races.

"We must continue like this and show, race by race, that we know how to improve. Now I can’t wait to go to Portimão for the next Grand Prix!"