Rookie Jake Dennis didn’t put a foot wrong in Sunday’s second round of Formula E racing in Valencia, the BMW I Andretti driver leading the proceedings from lights to flag.

Dennis managed to build a gap ahead of the field at the outset which gave him just enough margin to retain the lead when he ran wide to activate his attack mode.

Thereafter, the 25-year-old British driver kept his head down, wisely managing his energy levels and even appearing at one point to encourage a few of his followers to overtake him to allow him to indulge in a bout of slipstreaming to further save some energy ahead of a final sprint.

Behind Dennis, Alex Lynn appeared as the Briton’s closest contender until he fell behind fourth-place man Oliver Turvey after he activated his attack mode.

However, when Turvey ran out of power the Mahindra driver was able to reel in Dennis, but his efforts were ruined by a push up the back by the chasing Norman Nato who punted Lynn out of contention, the Venturi charger being handed a five-second penalty for his ill-fated maneuver.

The penalty virtually handed P2 to Porsche’s André Lotterer with Lynn eventually snatching the final spot on the podium.

eDams Oliver Rowland, Nato and Team Abt’s René Rast completed the top six, while Mercedes’ Stoffel Vandoorne took himself out of the running during a tussle with Sebastian Buemi, while his teammate Nyck de Vries finished a lowly P16. 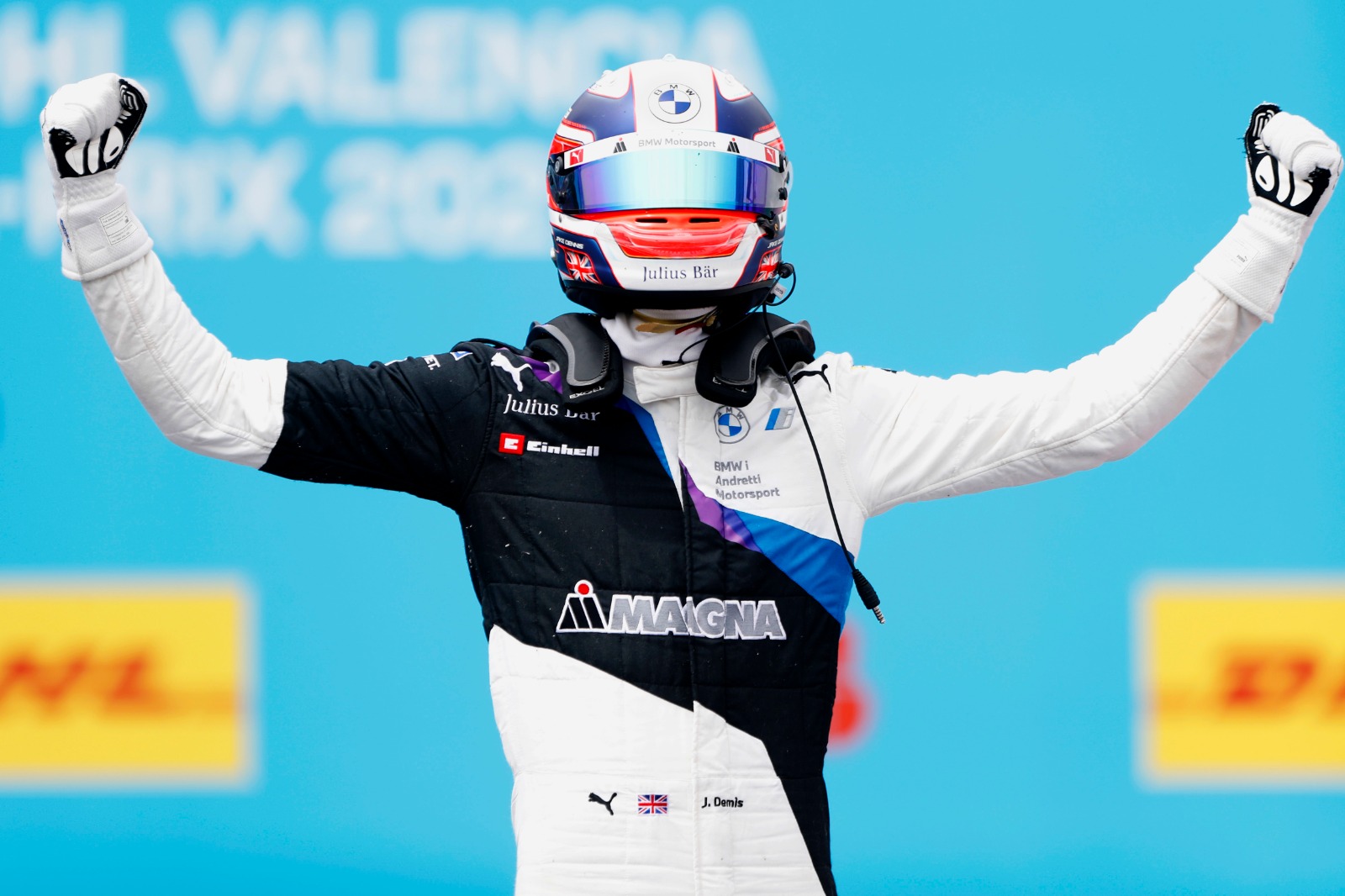