Daniel Ricciardo believes his former Red Bull teammate Max Verstappen is a better “racer” than his current McLaren colleague Lando Norris, but the Aussie is also impressed by the latter’s performances of late.

Ricciardo raced alongside Verstappen from 2016 to 2018, a coexistence at Red Bull that was not without its tussles and flash points between the two fiercely competitive drivers.

However, the seven-time Grand Prix winner’s time with the Dutchman allowed him to gain a good understanding of Verstappen’s strengths while at McLaren, Ricciardo is still getting acquainted with Norris. 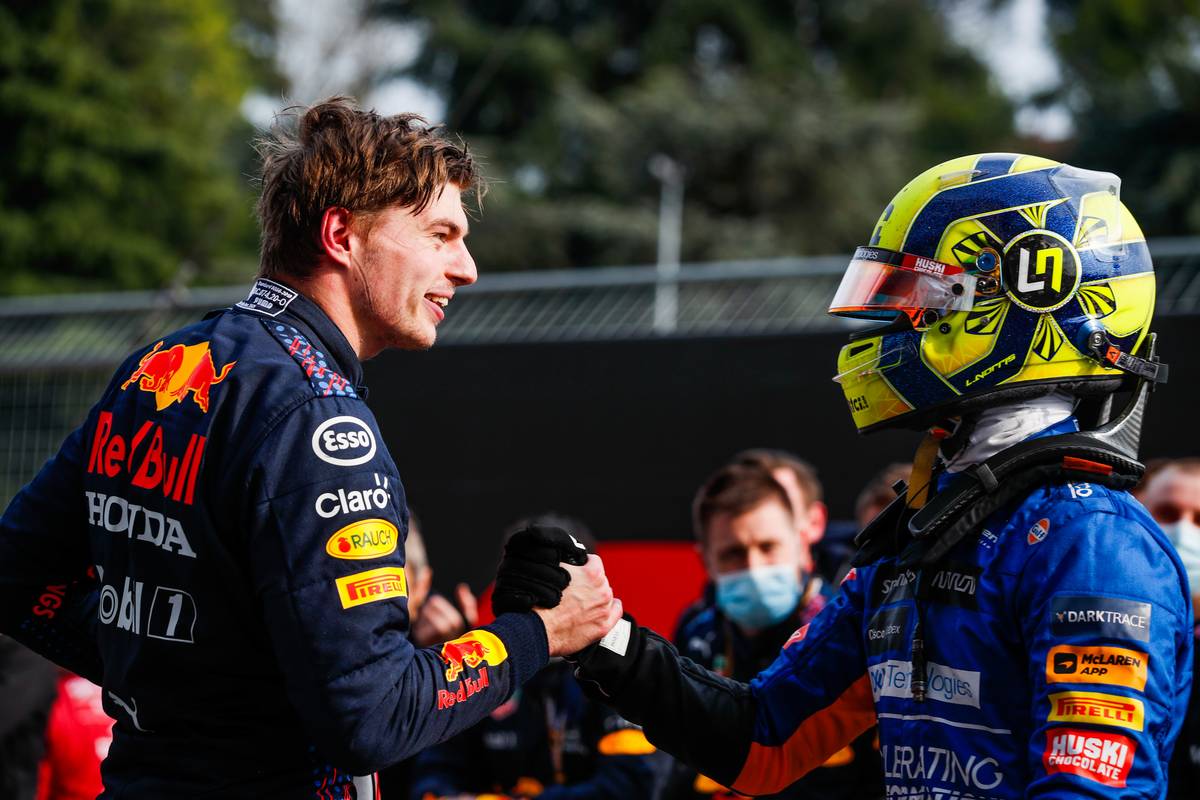 "I mean, I have to say Max," answered Ricciardo when asked to single out the better racer in an interview on website EFTM.com.

"But it's probably just based off I've had more experience with him."

At McLaren, Norris had the upper hand over his new teammate in the first two races of the 2021 season, and it’s an edge that Ricciardo acknowledged.

"The competitor in me is like, obviously, I want to stay in front,” he said. “But, it's just like maturity and experience now, but I acknowledge that basically, I wasn't quick enough.

“And I think I'm my biggest critic. So in my head, I'm like, if I was quick enough, I would have pulled away and not been in that position

"So it's not like the team was holding me back so that Lando could have that position. It was all on me. And obviously, I'm not up to speed yet as much as I want.

“So, yeah, just take that one on the chin and figure out a way to be better, as opposed to jump up and down. And I certainly don't want to create any friction in the team, in race two, that's for sure.”

Tsunoda's Imola crash ‘not a trend of him pushing too hard’