Mercedes' Lewis Hamilton set the pace in second practice for the Portuguese Grand Prix at Portimão, but Max Verstappen was still able to take second spot ahead of Valtteri Bottas.

Carlos Sainz kept Ferrari in the mix in fourth, ahead of a surprisingly strong showing for Alpine with Fernando Alonso fifth fastest ahead of team mate Esteban Ocon.

Charles Leclerc was seventh ahead of Daniel Ricciardo, whose McLaren colleague Lando Norris was outside the top ten despite his podium finish last time out in Imola.

The session saw brief brake issues on Verstappen's Red Bull and engine issues for Mick Schumacher in the Haas, while Nicholas Latifi had a grief off into the gravel halfway through the session which had got off to a delayed start for track maintenance.

The beginning of Free Practice 2 was delayed by ten minutes while track workers attended to reports of problem drain covers particularly at turn 11 to 12 on the Autódromo Internacional do Algarve circuit. Once everything was satisfactorily bolted down, the session got underway with Esteban Ocon first out posting a time of 1:21.687s

Everyone else in hot pursuit, and with the exception of Haas' Nikita Mazepin who was on the hard compound, all drivers were out on medium tyres. Max Verstappen was soon on top posting a time of 1:20.831s, but the Red Bull was then hit by a brake-by-wire issue that forced Verstappen to return to pit lane for repairs.

Ferrari's Carlos Sainz then went quickest, only to be quickly deposed by Valtteri Bottas posting a time of 1:20.805s. Having started with a subdued first lap, Lewis Hamilton bounced into the top three with his second run less than a tenth behind his Mercedes' team mate's early benchmark.

Verstappen bounced back from his early brake gremlins to go top with a time of 1:20.322s as the two Mercedes drivers pitted and returned on the soft compound which allowed Bottas to take back the top spot by 0.141s over Verstappen. After taking a second warm-up lap, Hamilton then jumped three tenths ahead with a new best effort of 1:19.837s. 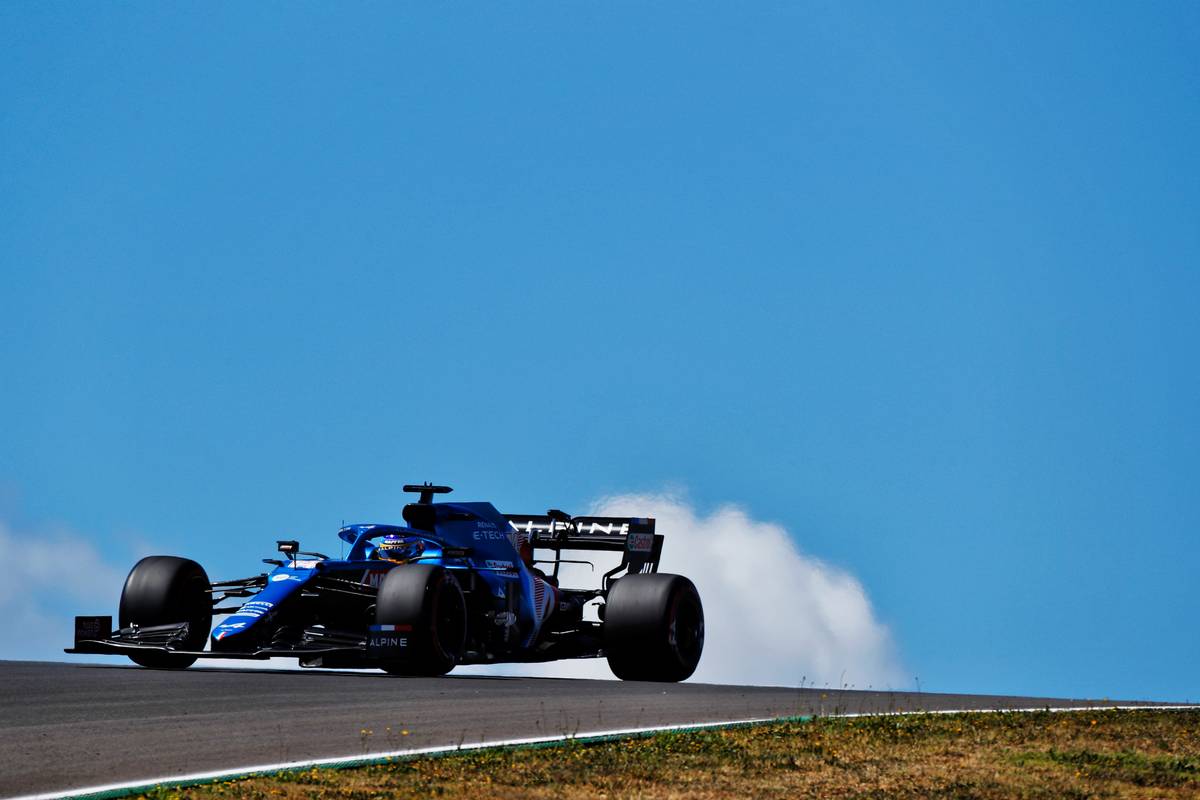 The softs also allowed Sainz to move back into third place, with Fernando Alonso a surprise fourth quickest for Alpine. His team mate Ocon proved it was no fluke by moving up to fifth ahead of Verstappen and Charles Leclerc, while the remainder of the top ten was rounded out by Aston Martin's Lance Stroll, Red Bull's Sergio Perez and McLaren's Daniel Ricciardo at the halfway point.

After an incident-free thirty minutes, Nicholas Latifi was the first man to go awry when the Williams ran off into the gravel at turn 8, but he was able to keep going and return to pit lane under his own power without triggering a wider caution. There were also some brief engine concerns for Mick Schumacher sending the rookie back to the Haas garage for a short spell.

Verstappen's next run saw him good enough to divide the two Mercedes drivers at the top. After that he and Bottas were among those to switch back to the medium tyre for longer distance simulations, suggesting that the yellow-walled compound would be the preferred choice on Sunday. Hamilton initially remained on the soft option, but told the Mercedes pit wall that they "aren't good".

The teams' attention then turned to longer distance runs, meaning there was little change to the running order for the remainder of the session. Stroll's car was coated in high-vis paint for the final minutes, while Yuki Tsunoda pushed too hard into turn 3 and had to take to the run-off in the AlphaTauri as the chequered flag came out to end the day's activity.

Horner suggests F1 secret ballots would be a 'shame'