Sergio Perez will line up fourth at the start of Sunday's Portuguese GP, but the Red Bull driver was anything but happy with his performance in qualifying.

Perez clocked in 0.142s behind teammate Max Verstappen who qualified third in Saturday's shootout, but the Mexican said it had been a messy session during which he struggled with his tyres and with his own confidence.

"I didn't feel comfortable with the car at all," Perez said. "I was unable to get the best out of my tyres so we've got some work to do to understand that.

"I'm not very pleased with the progression I have had this weekend. I mainly did the same lap times as FP1. It's a very tricky track.

"When you do not have that confidence in Portimao, it's a big killer." 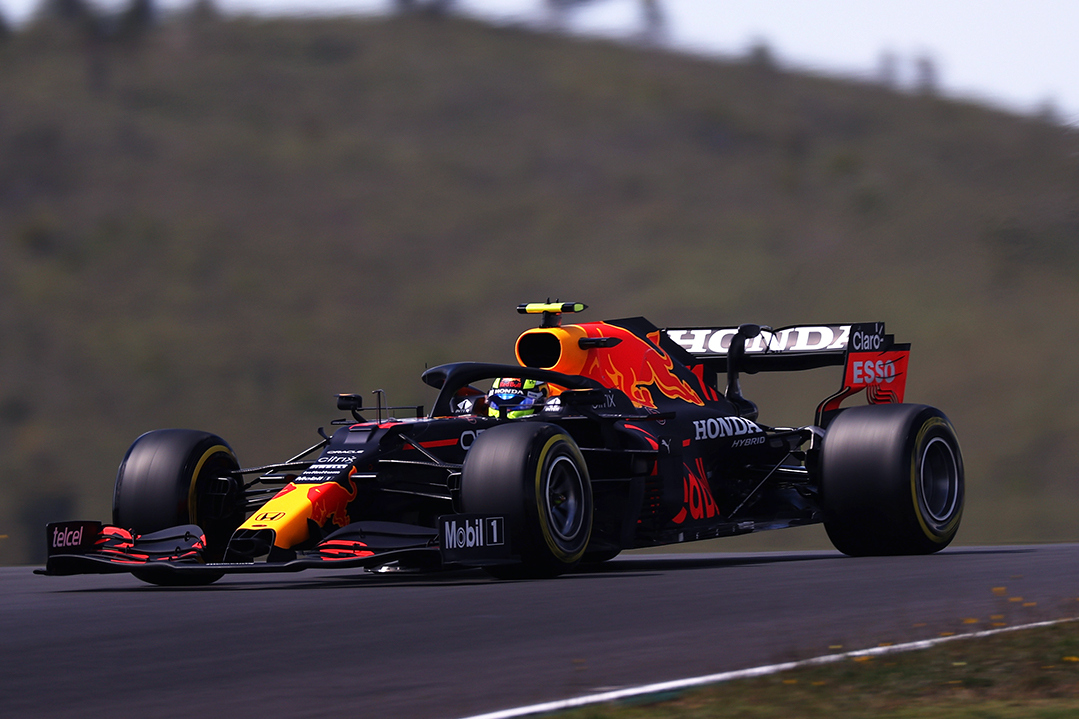 Perez insisted that he had tried his best to bring his tyres up to temperature during the session, but with little success unfortunately.

"This track is all about the tyres and getting them to the right temperature which is very difficult," he added.

"I tried everything in terms of warm up with my out laps, build laps, push laps but nothing seemed to work.

"The conditions with the wind made it more tricky and they probably suited the Mercedes better but we still have a good starting position and a great opportunity tomorrow so anything can happen.

"I think it will be a tight battle around us so I’m looking forward to that. We just need to put the pressure on the Mercedes and hopefully we can fight for a podium."

Many drivers remain critical of Portimão's slippery tarmac which they experienced for the first time last October. But Perez says the impact of the track's surface is greater this year because of the reduction of downforce on F1's 2021 cars.

"I mean, the lap times are crazy compared to last year, I think about a second lap slower. There's a big lack of grip."