Jenson Button says Mercedes will need, at some point, to replace Valtteri Bottas with a driver capable of consistently challenging Lewis Hamilton.

Bottas has won all his seven races in F1 with Mercedes which he joined in 2017. But the Finn's track record on race day pales in comparison to Hamilton's 43 wins achieved during the same period.

Three races into the 2021 season, the Briton already enjoys a 37-point lead over Bottas in the Drivers' standings, with the Finn also outscored so far by Red Bull's Max Verstappen and McLaren's Lando Norris.

Hamilton and Bottas' contracts with Mercedes will expire at the end of the season, and while the seven-time world champion will decide his own fate, his teammate likely won't have that luxury, even more so with Mercedes protégé George Russell waiting in the wings.

"The problem isn’t qualifying as he is pretty good, but the races…Hamilton has been on another level," Button told Sky Sports F1.

"Lewis’ strengths for me when I was his team-mate was always the qualifying and not the race. So he’s obviously turned it around and gained a lot of experience.

"But at some point, Mercedes have to move on and put someone else in the car and see if they can challenge Lewis." 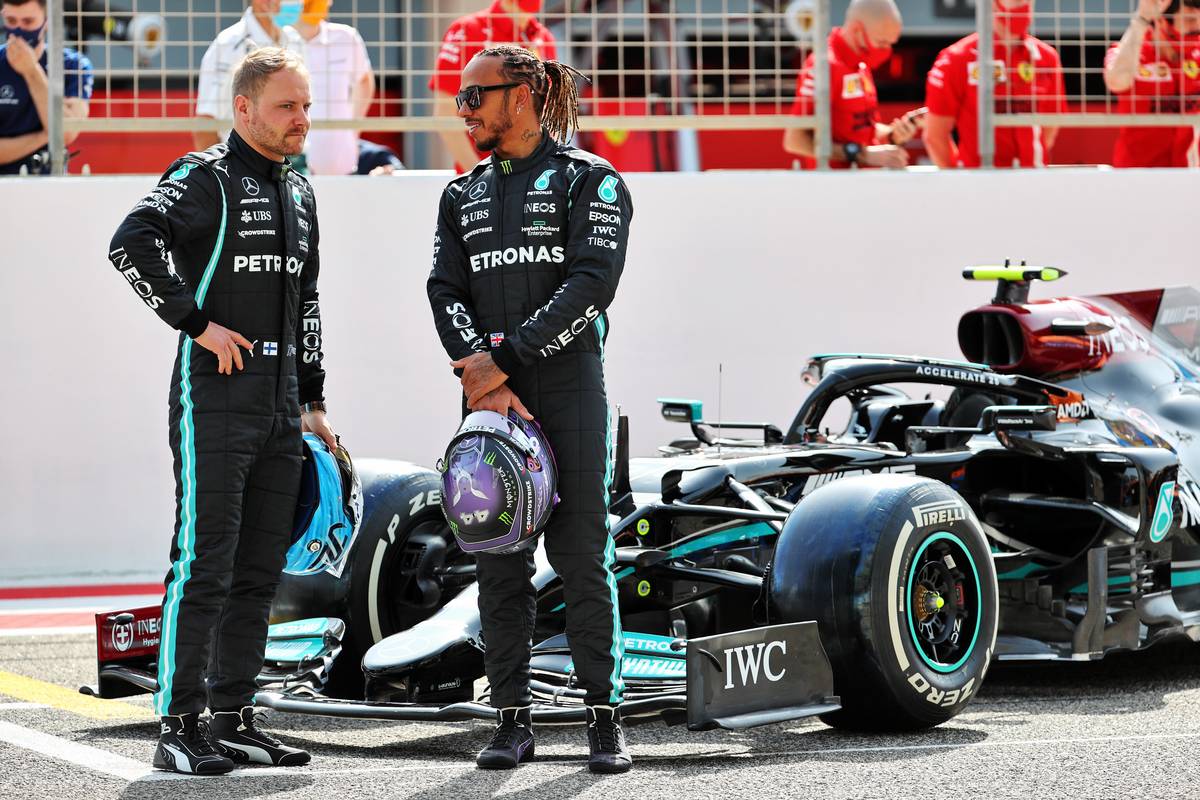 Button's Sky F1 colleague Martin Brundle contrasted the 2009 F1 world champion's view with a bit of sympathetic support for Bottas, suggesting that the Finn would 'look like a hero' without Hamilton in the team.

"I mean I’d have liked to have been rubbish enough to beat Lewis Hamilton in a Formula 1 car, to pole in Portimao last weekend," Brundle said.

"I really feel sorry for Valtteri. I’m sure there were people who thought I wasn’t good enough for some drives at some point but I didn’t face anything like that in the media.

"He has had brutal questions, but such is the way that it is these days.

"It’s hard for Valtteri. I’m sure it knocks his confidence as you just can’t just be bulletproof on that sort of thing.

"He’s come up against Lewis Hamilton, who appears to be the greatest Formula 1 driver of all time, potentially, theoretically, statistically, whichever way you look at it.

"That’s just bad luck for him. Wouldn’t he look a hero if Lewis wasn’t in the team?”

"Valtteri is a 1.5 driver, not a number two. He’s certainly not leading that team just because of the majestic speed and guile and racecraft that his team-mate has got."