Perez was the only driver among the top three to rely on Pirelli's soft compound to achieve his fastest lap in FP1 as Sainz and Verstappen ran on the medium compound.

The session proved a waste for Charles Leclerc, with the Monegasque sidelined after just four laps with a terminal gearbox issue.

Behind the leading trio, AlphaTauri's Pierre Gasly was P4 ahaed of the Mercedes duo of Lewis Hamilton and Valtteri Bottas.

Few would dispute the fact that Monaco is an anachronism in the world of Formula 1, but almost everyone agrees that it is one that is worth preserving.

Two years after their last visit to the glitzy Principality, teams and drivers are ready once again to tackle the tight and twisty venue that takes no prisoners, as some will inevitably be remembered of this once again this weekend.

Mick Schumacher, Nikita Mazepin, Yuki Tsunoda and Nicholas Latifi are all beginners at Monaco in F1, but the AlphaTauri charger is an absolute beginner, having never raced in Monte Carlo in F2 like his colleagues.

Williams' George Russell was the first driver to take to the track, followed by a string of cars, but less than 10 minutes into the session there was drama for local hero Charles Leclerc who radioed in to warn of engine trouble.

Alas, a subsequent review by the Scuderia crew revealed a session-ending gearbox issue. Not the start the Monegasque was hoping for on home turf. 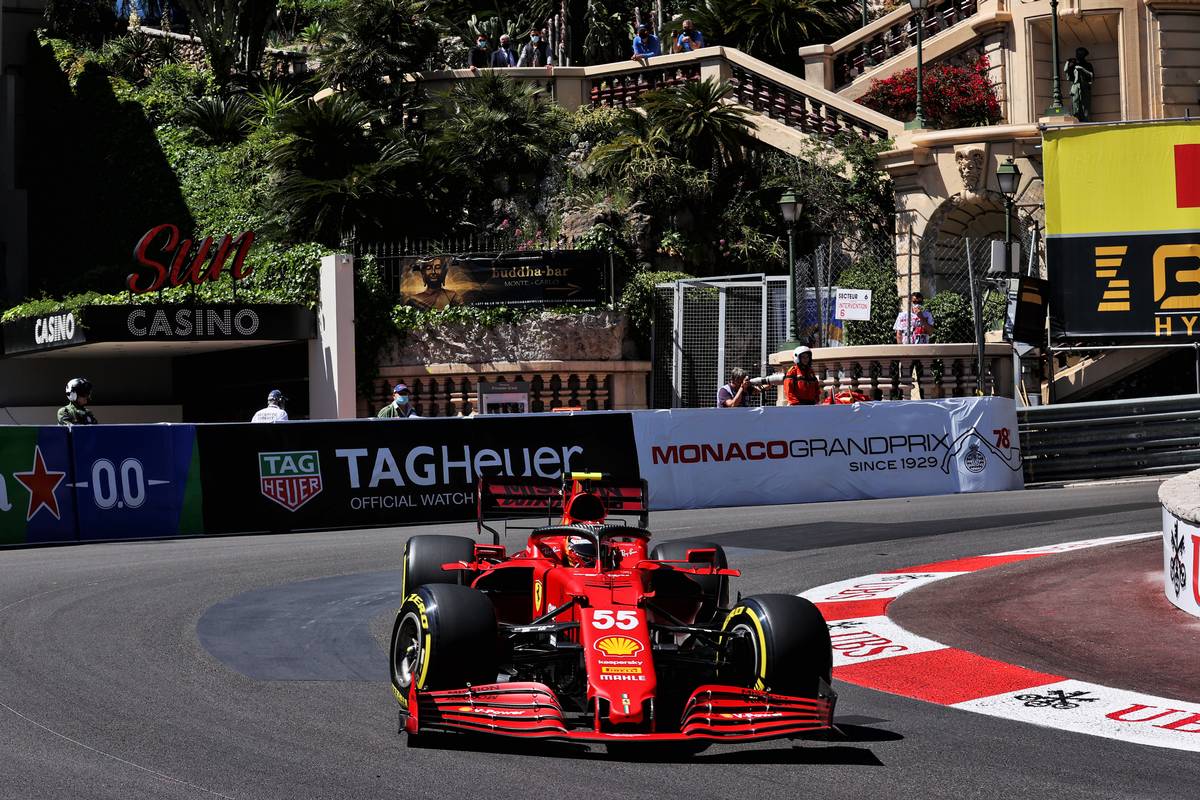 Meanwhile, Leclerc's teammate Carlos Sainz brought down the times at the top of the timesheet, but the Spaniard's flow was hindered by a VSC triggered by a contact with the wall on the exit of the Anthony Noghes hairpin of Alpine's Fernando Alonso.

Minutes later, drivers resumed their pace and Verstappen jumped to the top but the Dutchman was overhauled in short order by both Mercedes chargers with Hamilton - running on the medium tyre - the first to enter the sub-1m13s.

However, the in-form Sainz quickly recouped his top spot only to lose it to Gasly after a flyer from the Frenchman on a set of softs.

But with less than 15 minutes left on the clock, Red Bull's Verstappen on mediums and Perez on softs swept to the top, the Dutchman lowering the fastest time to 1m12.648s. 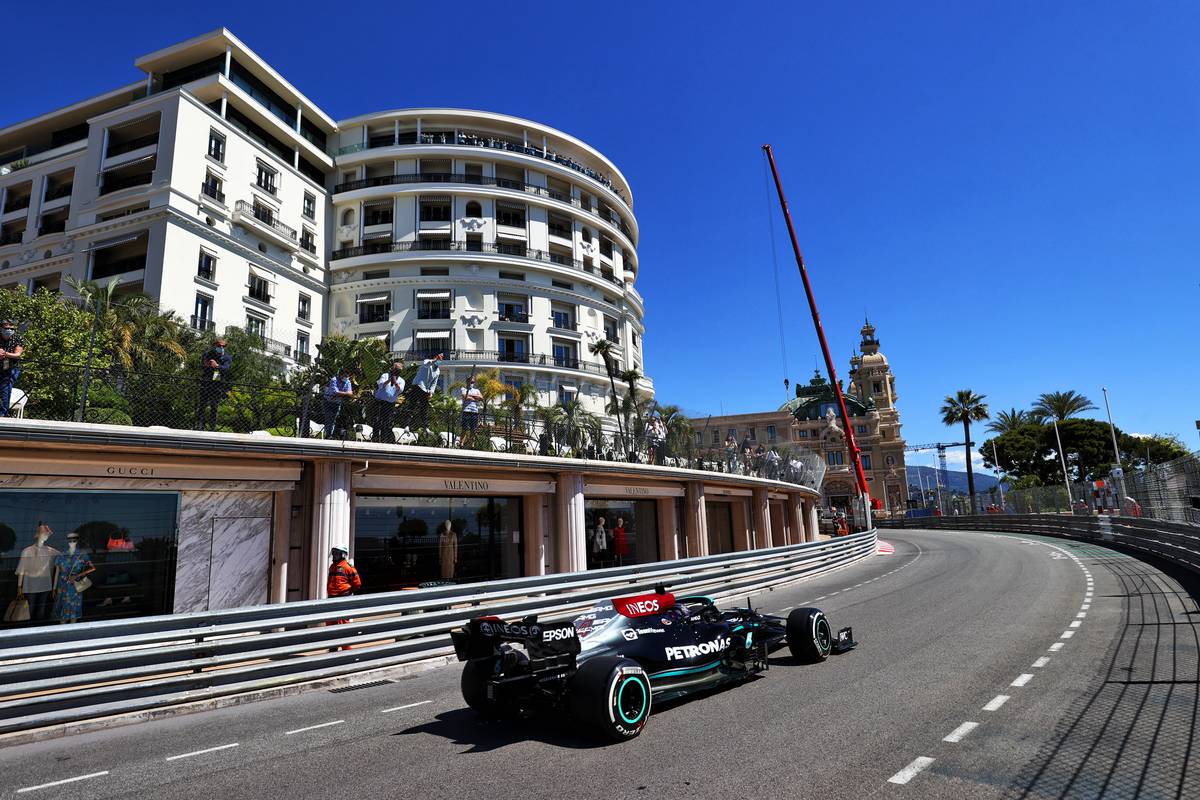 The Mexican pressed on however and edged his teammate by 0.112s to close out FP1 while Sainz slotted in second to split the bulls, just 0.007s adrift.
Gasly, Hamilton and Bottas completed the top six, with McLaren's Lando Norris, Aston Martin's Sebastian Vettel, Tsunoda and Raikkonen rounding off the top ten.

Discarding Leclerc who only achieved 4 laps, Russell brought up the rear while Mazepin outpaced Schumacher for the first time in a session this season.