The Mercedes team released a video on Thursday of its crews finally removing the recalcitrant Monaco Grand Prix wheel off Valtteri Bottas' W12.

Bottas was running second in last Sunday's race and close to the Red Bull of future race winner Max Verstappen when he undertook his pitstop on lap 30.

But a wheel nut machined into the Mercedes front-right axle prevented the removal of the wheel and the team was left with no other choice but to retire Bottas' car on the spot.

The team's efforts to remedy the problem after the race in its garage were unsuccessful, and Mercedes eventually opted to deal with the recalcitrant wheel upon the outfit's return to its base earlier this week, which was duly done as seen in the video below.

VB's car is back home. Cheers for all the helpful suggestions but we’ll take it from here! 💪 pic.twitter.com/41E4GDRbQh

During Mercedes' post-race Q&A on YouTube, chief strategist James Vowles shed some light on how the unexpected wheel nut issue came about, and explained how the slightly skewed position of the wheel gun had caused the problem.

"Our nuts are what we call captive, they are maintained within the wheel and the tyre, so as the wheel comes off the nut goes with it," Vowles explained.

"This nut has to hold a wheel to the car such it can cope with 5g forces in braking and laterally as well.

"It’s a huge amount of force going through the axle and the nut and clearly we can never have it coming loose.

"So, the gun is an incredibly powerful gun, such that you can actually see the mechanics having to restrain themselves, holding themselves to the ground, otherwise they get rotated with it at the same time. 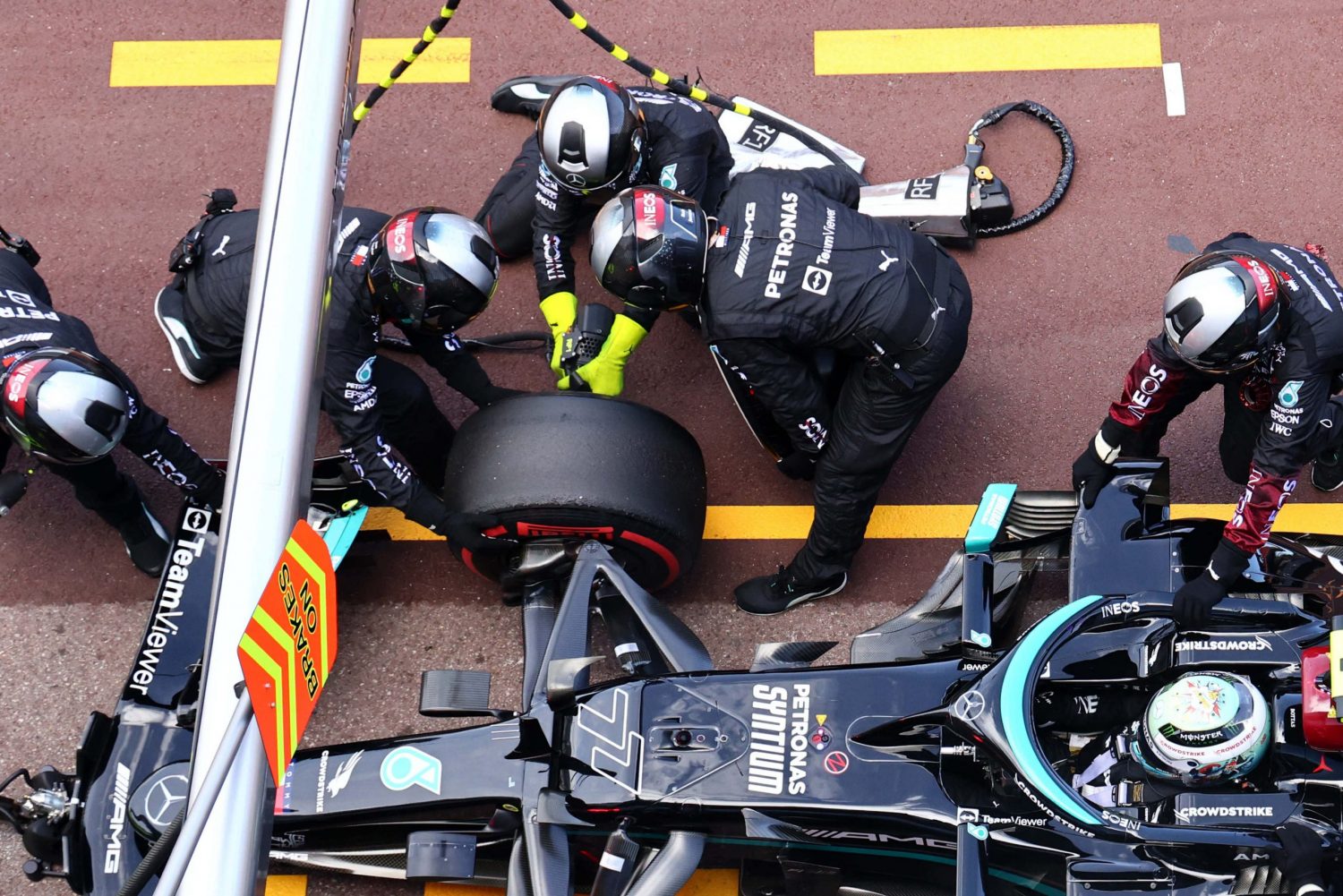 "Now, what happened is we came on slightly angled, so when the socket was now connected to the nut, it slightly angled relative to it and as a result of that, now instead of distributing the load across all of the nut it was across a small section and that tore the metal clean off, and in fact all of the metal was now removed from the nut.

"As a result of that, the nut was in place and we were unable to remove it.

"Clearly, it’s a circumstance that cost Valtteri dearly and cost the team dearly and one that we are going to put steps in place to mitigate."

Grosjean: Mercedes 'told me everything' during seat fitting

Norris hits back at fans 'making up crap' about Ricciardo