Valtteri Bottas says he was baffled by the disaster that struck his pitstop in Sunday's Monaco Grand Prix and that likely denied the "cursed" Mercedes driver a spot on the podium.

Bottas was sat behind race leader Max Verstappen and holding on to the Red Bull driver when he undertook his first pitstop on lap 30.

Unfortunately, what looked at first like a sluggish stop due to an issue on the Mercedes front right wheel turned into an outright disaster when the Finn's crew could not unmount the wheel after its nut was machined to the axle, a misfortune that left the team with no choice but to retire the car.

"From my side, I was basically ' know this is a slow pit stop'," Bottas lamented.

"And then I was calculating 'Ok, that's probably Sainz getting past, and then it was going to be Norris' or whoever was behind. And then when it came down to 30 seconds or something. I couldn't believe it.

"But yes, obviously hugely disappointing and a situation that we need to make sure that it never happens again, it's a big mistake.

"It's bad luck from my side, but it's something that, as a team, it's gonna be a big priority going into the next race, as the team never had anything like that happen before." 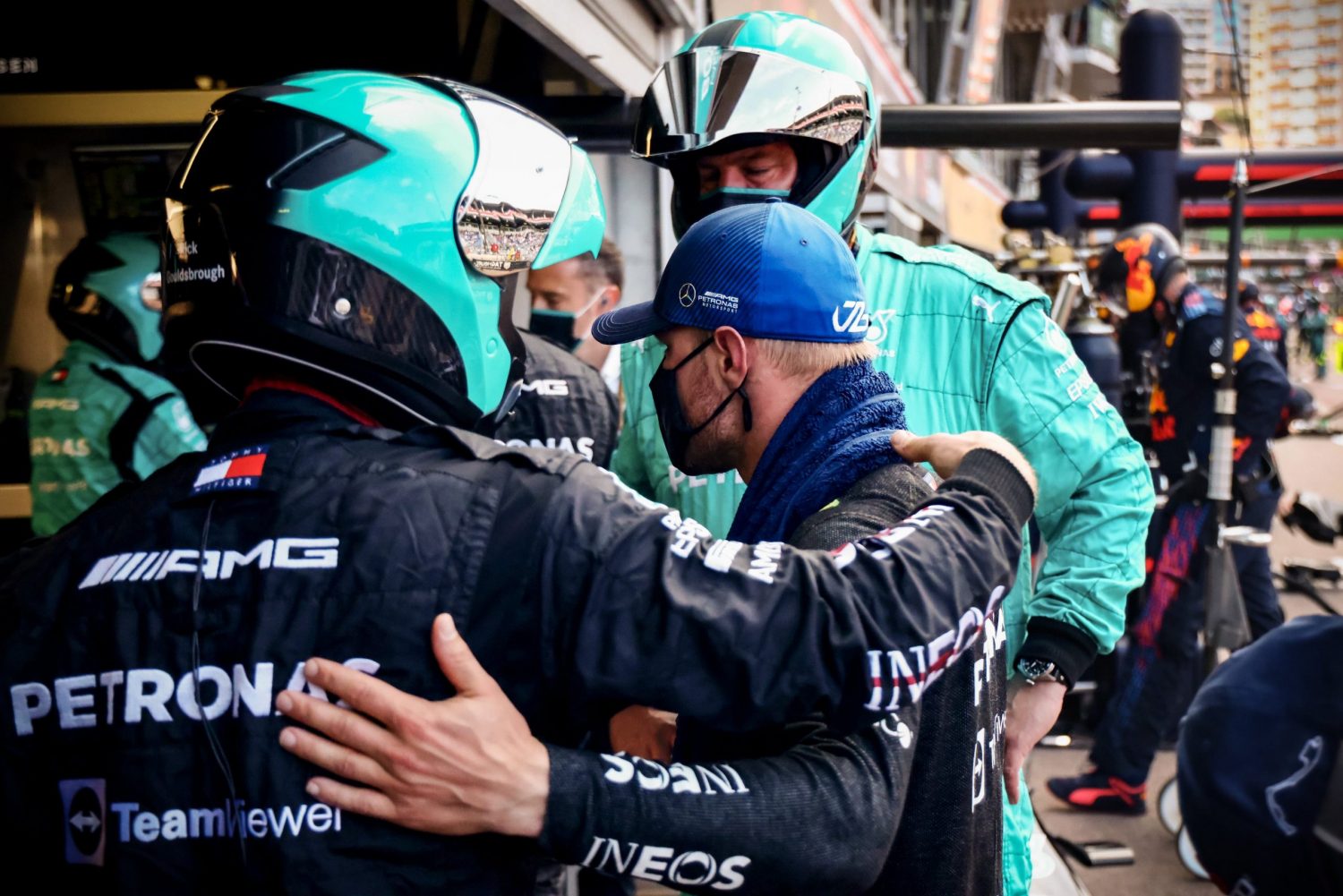 "If we don’t quite get the pitstop gun cleanly on the nut, then it can chip away at the driving faces of the nut," Allison said.

"We call it machining the nut. It is a bit like when you take a Phillips head screwdriver, and you don’t get it squarely in the cross of the screwdriver.

"You start to round off the driving face of the screwdriver slots, and then you just simply can’t take the screw out of whatever it is you are trying to take it out of because you have no longer got the driving faces.

"Given the power of the gun, you can end up with no driving face and you just machine the nut down to a place where there is nothing left to grab a hold of, and that is what we had today."

In fact, the wheelnut proved so recalcitrant that the team wasn't able to machine it off the car in the garage after the race.

"It is sat in our garage with the wheel still on it," Allison said. "It will have to be ground off, get a Dremel out and painfully slice through the remnants of the wheel nut. We will do that back at the factory."

Mercedes team boss Toto Wolff said the setback was particularly painful for Bottas given the Finn's outperformance at Monaco relative to Lewis Hamilton.

"Very, very frustrating for him because it seems like he's cursed," Wolff said.

"There's nothing on the nut anymore. Valtteri said that he saw the aluminium bits flying off the front.

"It's been our weakness this year but we haven't changed any of the wheel nut designs or the guns. So we really need to get on top of what is causing that.

"And as a matter of fact, a mechanic that did that is one of the best, and one of the fittest in terms of pitstop speed, that the team has.