Helio Castroneves went down in history on Sunday at the Indianapolis Motor Speedway as the fourth driver to win the Indy 500 a record four times.

The 46-year-old Brazilian, who won the blue riband event with Penske Racing in 2001, 2002 and 2009, joined A.J. Foyt, Al Unser Sr. and Rick Mears in the exclusive Pantheon of four-time winners at the legendary Brickyard.

The Meyer Shank Racing Honda driver finished just half a second ahead of Chip Ganassi Racing's Alex Palou after making a final pass on the Spaniard two laps from the checkered flag. 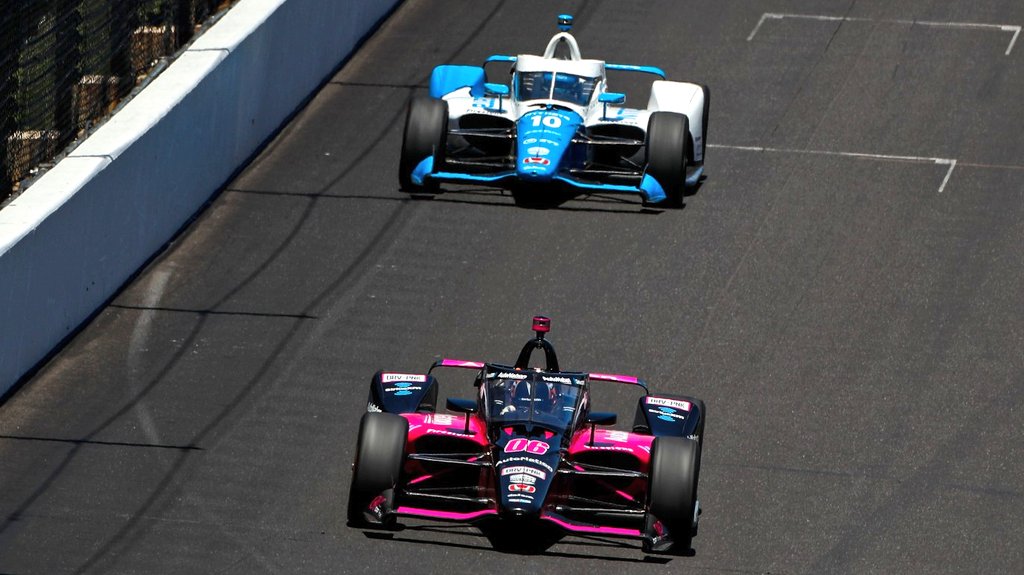 But shortly after the first pitstop window had opened, a crash by Stefan Wilson triggered a caution period that saw Dixon head into the pits dry of fuel. But the CGR crew could not get the kiwi's car to fire up again, while a similar fate befell Andretti's Alex Rossi.

As the laps unfolded, so did the second round of pitstops which eventually leaving Graham Rahal up front. But when the American came in on Lap 118, he returned to the track with a loose left rear wheel that detached itself and sent Rahal into the wall. 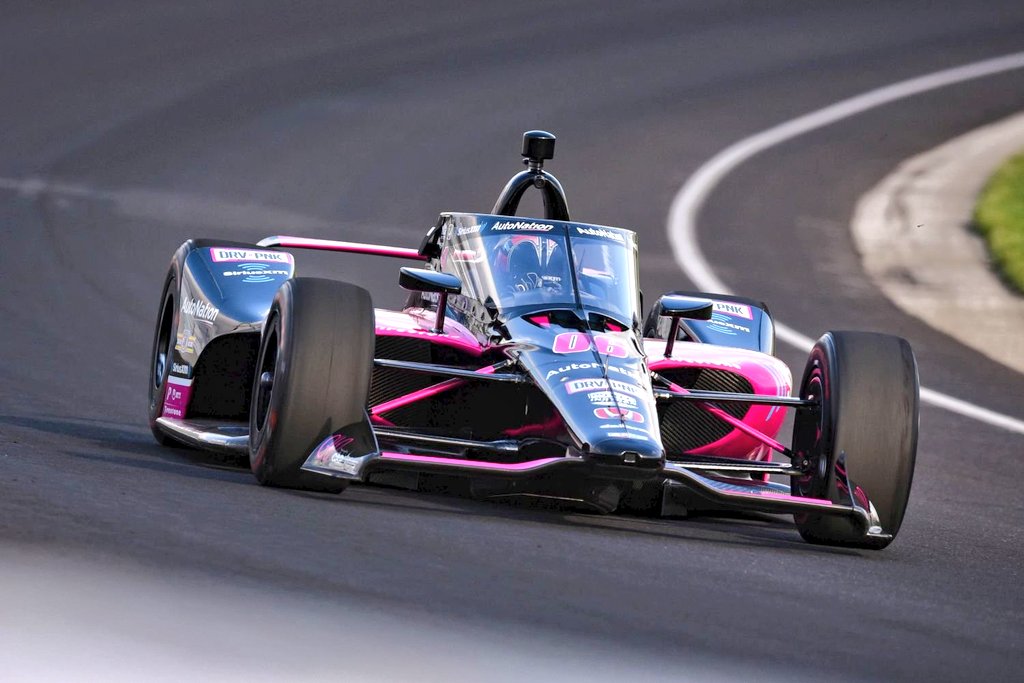 The final pitstop rotation played out with the leading trio of Palou, Castroneves and O'Ward set for a thrilling 25-lap showdown, after the out-of-sequence Felix Rosenqvist who had led the race on paper finally pitted for fuel.

The three drivers ran nose to tail, but only Palou and Castroneves traded places. The Brazilian swept past the outside of his rival at Turn 1 on lap 190, but Palou reclaimed the lead at the same spot on Lap 196.

However, Castroneves lined up his opponent on the main straight and swept past with a bold move on the outside of Turn 1 on Lap 198.

Castroneves caught up with dense traffic up ahead on the final lap, but held his own to take the checkered flag and his fourth Indy 500 win from Palou and Penske's Simon Pagenaud who outpowered O'Ward to the finish line. 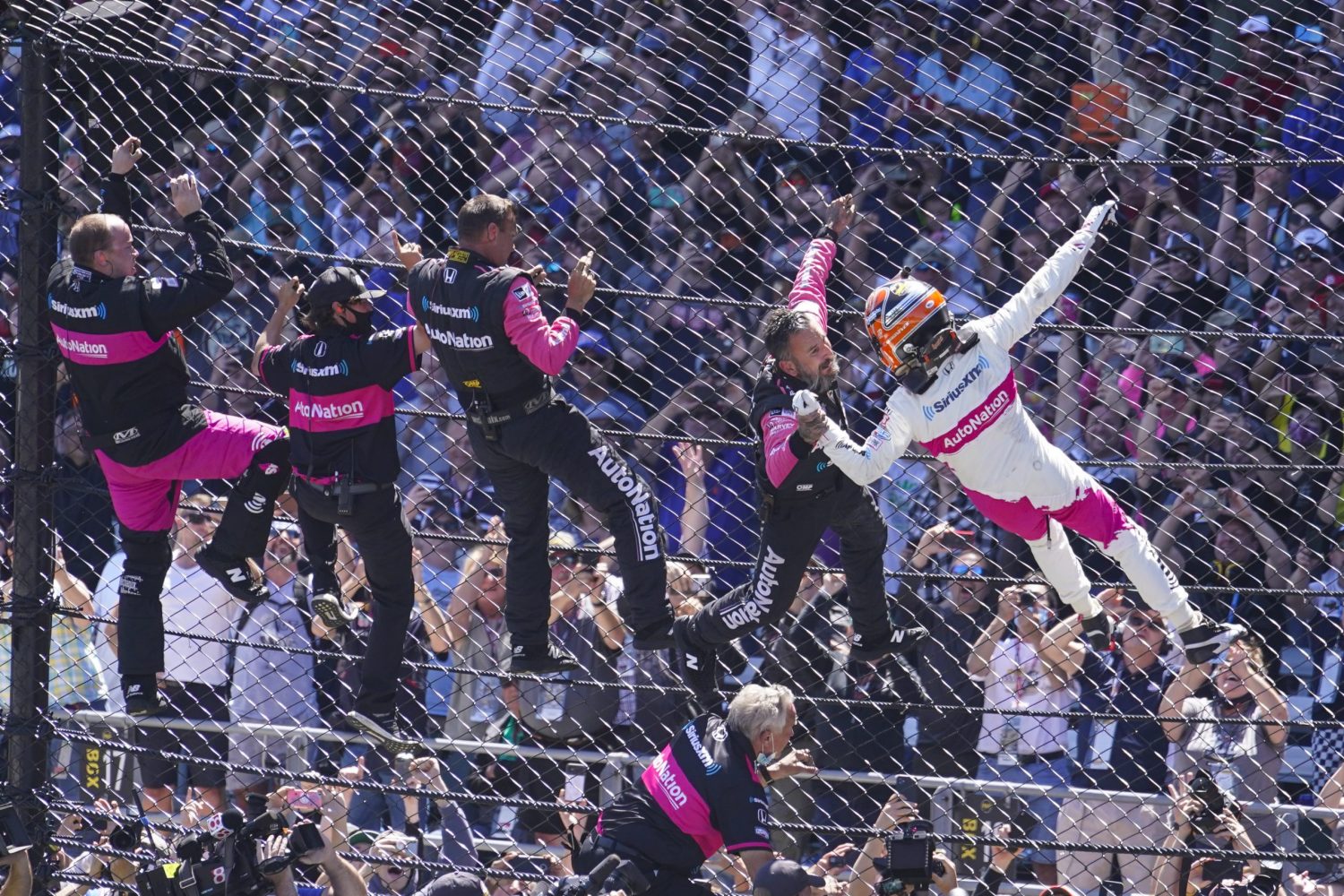 Spiderman celebrated his historic fourth win with a signature climb up the fence along with several of his Meyer Shank Racing crew members, much to the roaring fans' delight.

At 46, Castroneves, who doesn't have a full-time IndyCar ride this season, is one of the oldest winners of the Indy 500, with Al Unser Sr. winning the event at 47 in 1987.

"I think I still got it, don't you think?" Castroneves said as he savoured the traditional winner's milk in Victory Circle. "The old guys still have it!"

"First of all, I can’t thank enough AutoNation, SiriusXM, [team co-owners] Mike Shank, Jim Meyer – the entire organization and Honda. They gave me the most when I needed it, they were right there. 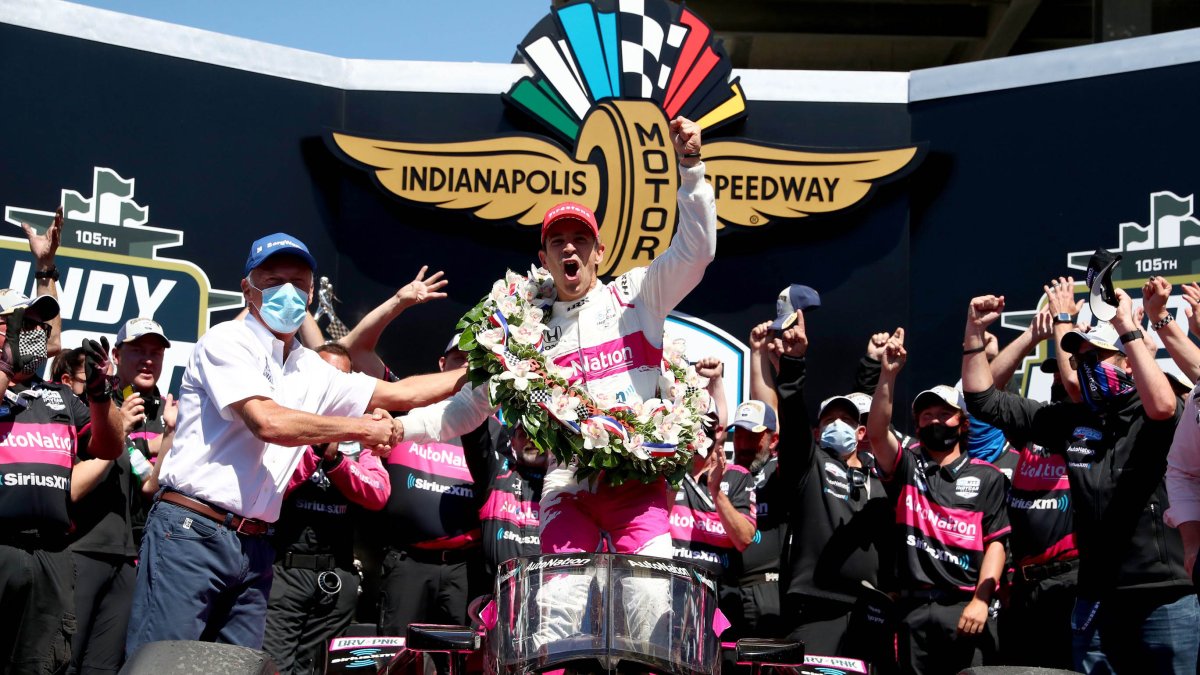 "From the beginning we were so comfortable, happy, kinda like calm. I tell you what, right now I’m just so excited. The Firestone tires were absolutely on rails. The car was just incredible. I knew it was good, I knew I was going to have to fight, to put the elbows out.

"But I tell you what, man, what an incredible feeling. I couldn’t do this without my family, my mom and dad in Brazil. I love you guys [in tears]. And of course the Lord. The Lord has been right by my side all the time.

"This is just absolutely awesome."