Lando Norris says McLaren enjoyed a decent opening day in Baku but insisted the Woking-based outfit's pace remains "quite a way off" that front-runner Red Bull and midfield rival Ferrari.

Norris finished both practice sessions on Friday in P8 but noted a drop off in performance in FP2.

"On the whole, I think it wasn't too bad," said the Briton. "FP1, we looked quite good; FP2 we struggled a little bit more, so we’ll try to understand and see if it was anything we did with the set-up or the conditions.

"I don’t have too high expectations, we look decent, we are where we expected to be. But [we are] quite a long way off of Ferrari and Red Bull

"A lot of room for improvement going into tomorrow, so we’ll see what we can do with our data tonight and work out how we can improve the car." 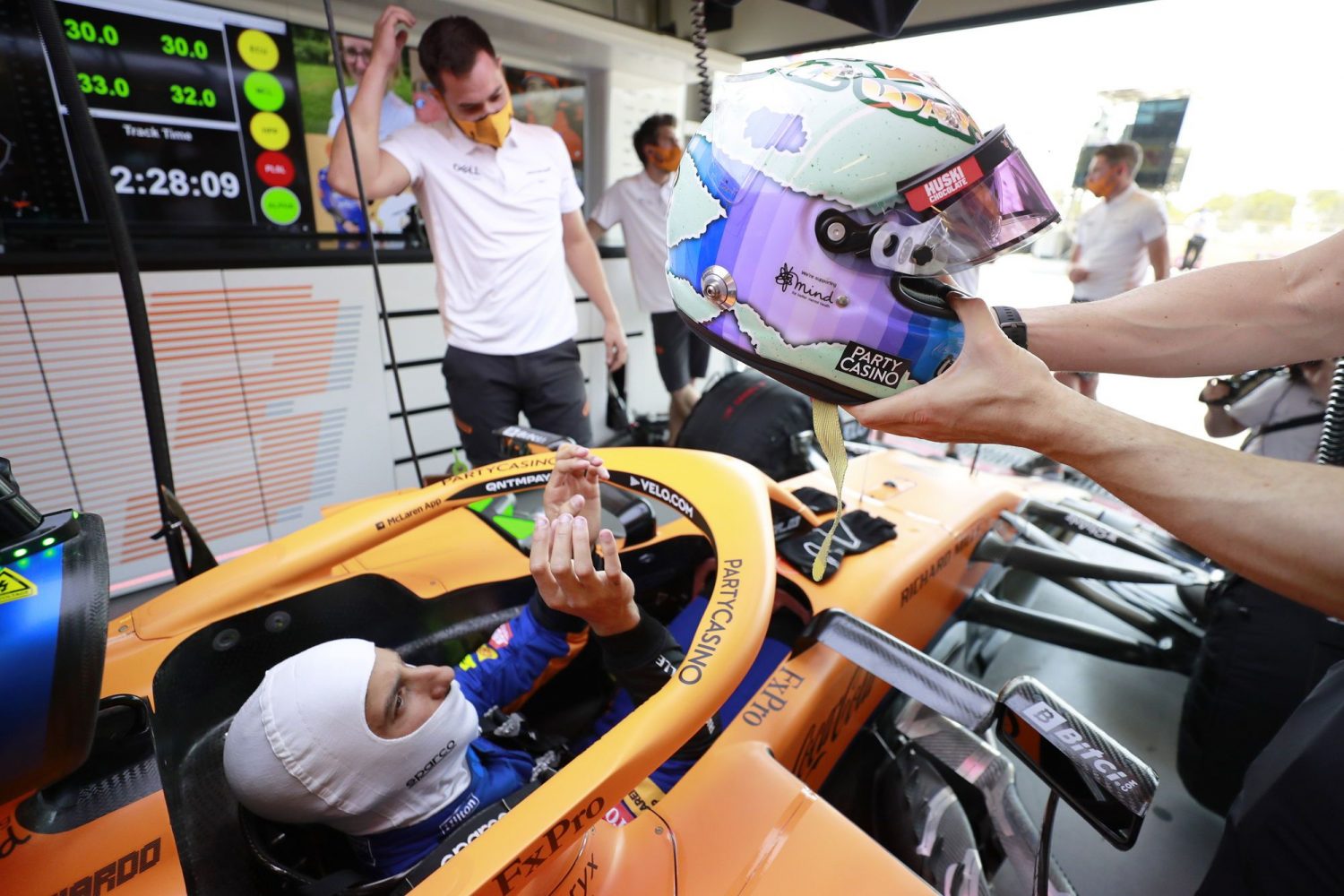 On the other side of the McLaren garage, Daniel Ricciardo enjoyed a productive FP1 in which he clocked in 5th before slumping to 13th in the afternoon. But the Aussie was actually happier with how his MCL35M felt in FP2.

"I felt better in FP2,” he said. “In FP1 the scoreboard was better but in FP2 I felt like I made some more steps.

"We just have to fine tune the car and put the lap together. We had some disruptions, and a few incidents on the Softs. But nonetheless it was better, so just keep plugging away."

"We’ve still got to work hard to make it happen, but I think today was certainly a step in the right direction and I feel more comfortable and confident going into tomorrow."