Few pundits had been eyeing Charles Leclerc to claim his second pole position of the season for Ferrari just two weeks after Monaco, but that's just what he did. And no one was more surprised than the man himself.

"It was quite a sh*t lap I thought," he told the media after a hectic qualifying session for the Azerbaijan Grand Prix which featured a total of four red flags for on-track accidents.

"There were like two or three corners were I made mistakes," he admitted, but then confirmed that getting an 'accidental' tow from his Mercedes rival Lewis Hamilton had played a key role in his best Q3 time of 1:41.218s.

"Of course I had the big slipstream from Lewis in the final sector which helped me a little bit," he acknowledged. "Overall I think we would have been thereabouts on pole anyway, without the slipstream.

"I did not expect to be as competitive as we were today," he added. "So it's a good day."

Leclerc missed out on starting his home Grand Prix from pole last month after suffering a driveshaft failure just before the race. And the Monegasque felt that the challenge ahead of him in this week's race in Baku might be too much.

"I think Mercedes and Red Bull have more in the race so it's going to be very difficult," he said. "It's not Monaco as you can overtake. [But] hopefully we can keep first place."

Leclerc's team mate Carlos Sainz will start tomorrow's race from fifth place despite contributing to a red flag at the end of qualifying when he spun in reaction to Yuki Tsunoda's accident ahead of him. 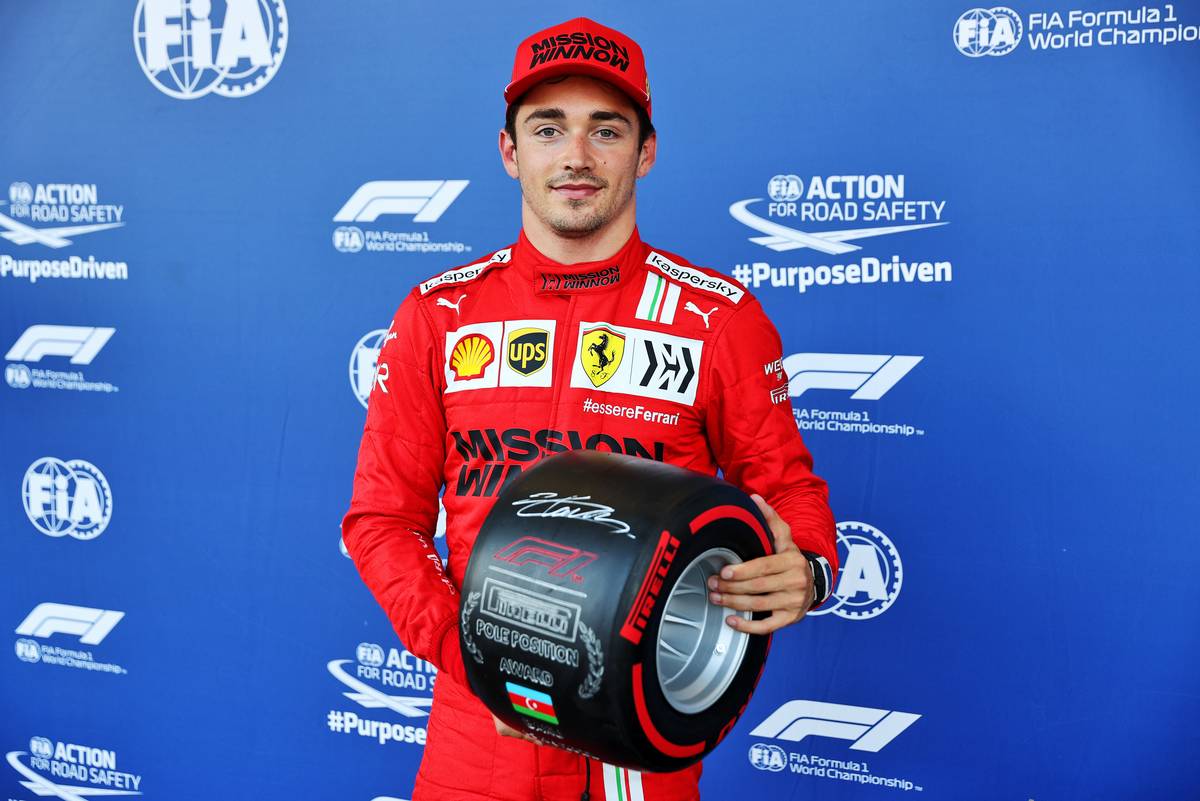 "Hopefully it’s all good for Carlos," Leclerc commented. "I haven’t seen the crash. I have no idea, I hope it’s all okay for the team."

At least this time it wasn't Leclerc's fault that the top drivers didn't have a final chance to beat his provisional pole time, as was the case in Monaco.

"It definitely feels very good," he said of clinching pole again, for the ninth time in his F1 career. "On the other another hand its with a red flag again. I wish we had it on a normal lap. But in the end, a pole is a pole."

"To be here and to be fast was important for is," he said. "The team is showing it is in good shape, the drivers as well, step by step. It's great for us and certainly, it’s a great result.

"We were not expecting to be the fastest coming into Baku, but yesterday we saw our car was behaving well. So again we are very happy, I think the team is a great team and showing we can do well in the future.

"We have a car that is performing well both in qualie and in the race conditions," he added. "It will be a very long race. The first lap will not dictate the results. You may have red flags, you may have safety cars.

"Let's just stay focused and whatever happens, it is important for us to again show performance and progress."

Tsunoda admits to 'mixed feelings' after Q3 first and crash