Fernando Alonso was the driver who gained the most positions in the final two laps of the Azerbaijan Grand Prix, the Alpine charger jumping from P10 to P6 during the brief but frantic epilogue and securing his best result since his F1 comeback.

Alonso qualified P8 but was 10th when the race was red flagged just three laps from its completion following Max Verstappen's crash on Baku's main straight.

After the second start, the Spaniard automatically gained a spot thanks to Lewis Hamilton's mistake at Turn 1, and then fought with the bit between his teeth to overhaul Daniel Ricciardo, Carlos Sainz and Yuki Tsunoda!

"Two laps from the end I was tenth, it was a very productive last two laps!" a happy Alonso told Sky Sports F1.

"It was fun with the two-lap race at the end and a lot of opportunities, very aggressive everybody and we tried to recover places.

"We did manage to take some good points so I’m happy for the team, and the weekend was quite solid for us.

"I think tenth was too little reward after a good weekend, so I’m happy with sixth." 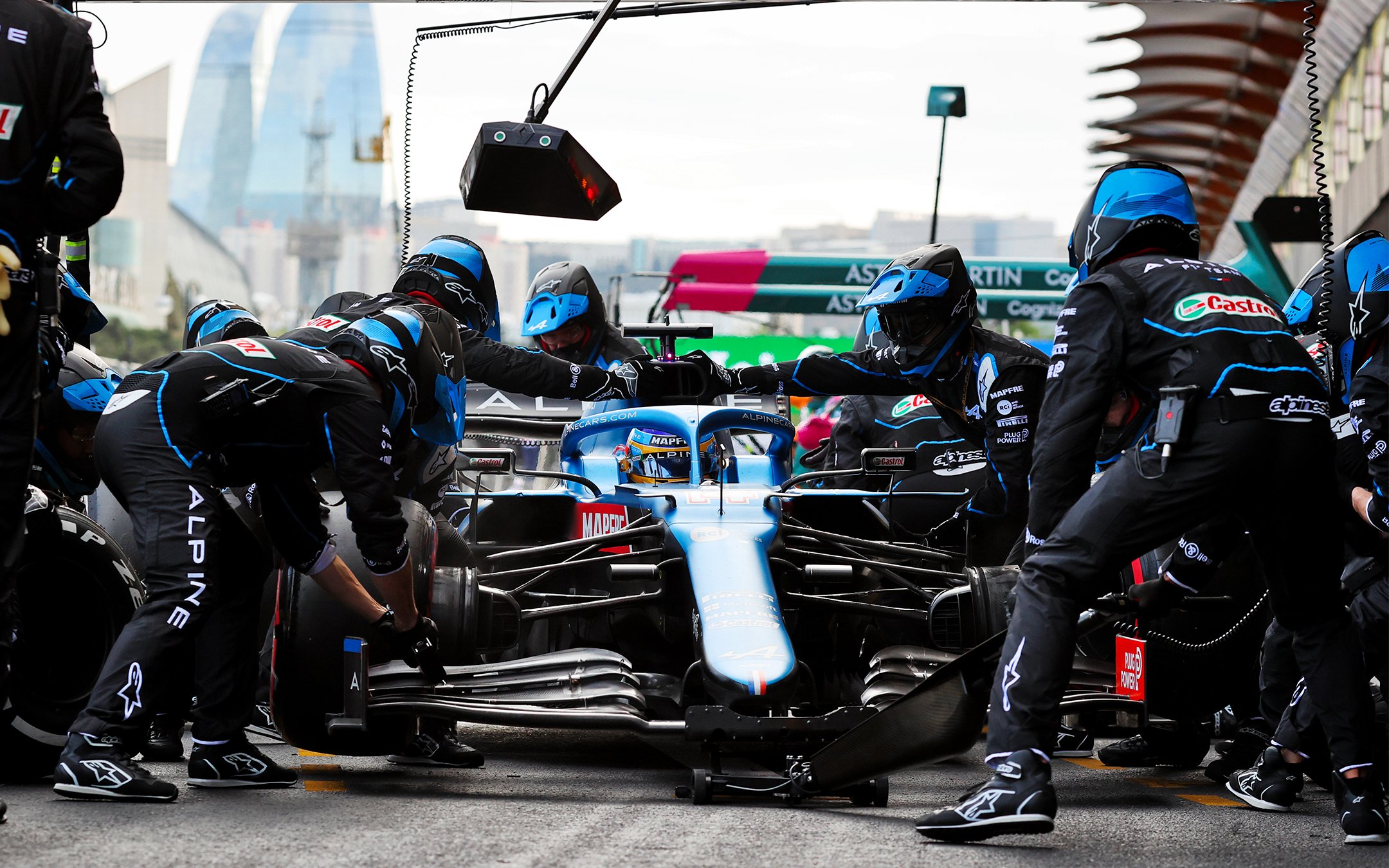 Indeed, before the pandemonium erupted in the closing stages of the race, Alonso had settled into P10, with Alpine implementing a multi-stop strategy for its driver relative to his rivals.

The two-time world champion had enjoyed a good start but was among the first to switch - after just seven laps - from the soft to the hard tyre. Alonso then took advantage of a timely safety car triggered by Lance Stroll's crash to pit a second time and revert to the soft compound.

The fresher rubber allowed the Spaniard to gain a few spots, but he remained stuck behind Ricciardo's McLaren until the safety car was deployed following Verstappen's crash and the race was halted.

But Alonso put a set of scrubbed soft tyres to good use in the final two-lap sprint which he concluded P6.

Commenting on his afternoon in Baku, Alonso said his team was forced to get "creative" in its strategies to compensate for Alpine's relative speed deficit.

"We lack a little bit of pace, we try to be creative with the strategy, undercutting and then taking the opportunity on the first Safety Car," he explained.

"We miss three or four tenths on pace and that was a killer for any strategy. We need to review that, we need to make some improvements for the next one but I’m happy with today.

"Let’s think for the following race next week."

Brawn: Baku drama a 'test of character' for Hamilton