Max Verstappen was pleased with the progress made by Red Bull on Friday, but wasn't making any predictions about how the team would fare on Saturday in qualifying.

Verstappen was third fastest on Friday morning, half a second behind Mercedes' Valtteri Bottas, but he wiped out that margin in the afternoon and ended up on top albeit by just 0.008s.

“I think overall it’s been a good end to the day and we improved quite well," he told the media afterwards.

"I wasn’t entirely happy in FP1 and even at the start of FP2 but on the second set of tyres this afternoon the car felt a lot better and a lot more connected.

"It’s still really difficult around here as the track is so open and it’s quite windy, which means it isn’t always easy to nail the lap," he explained.

"The wind is also quite gusty so one lap it feels alright and the next lap it can increase, which means it’s not always easy to judge your mid-corner speeds, but everyone has to deal with the same thing."

Although it's the first time that Red Bull have come out on top in any practice session at Circuit Paul Ricard since F1 returned to the venue in 2018, Verstappen was certainly not counting any chickens at this stage.

"It’s difficult to say where we will be tomorrow and you never know what people will find overnight," he said. "But the long runs also seemed decent, so for sure I expect it to be very tight and it definitely won’t be easy.” 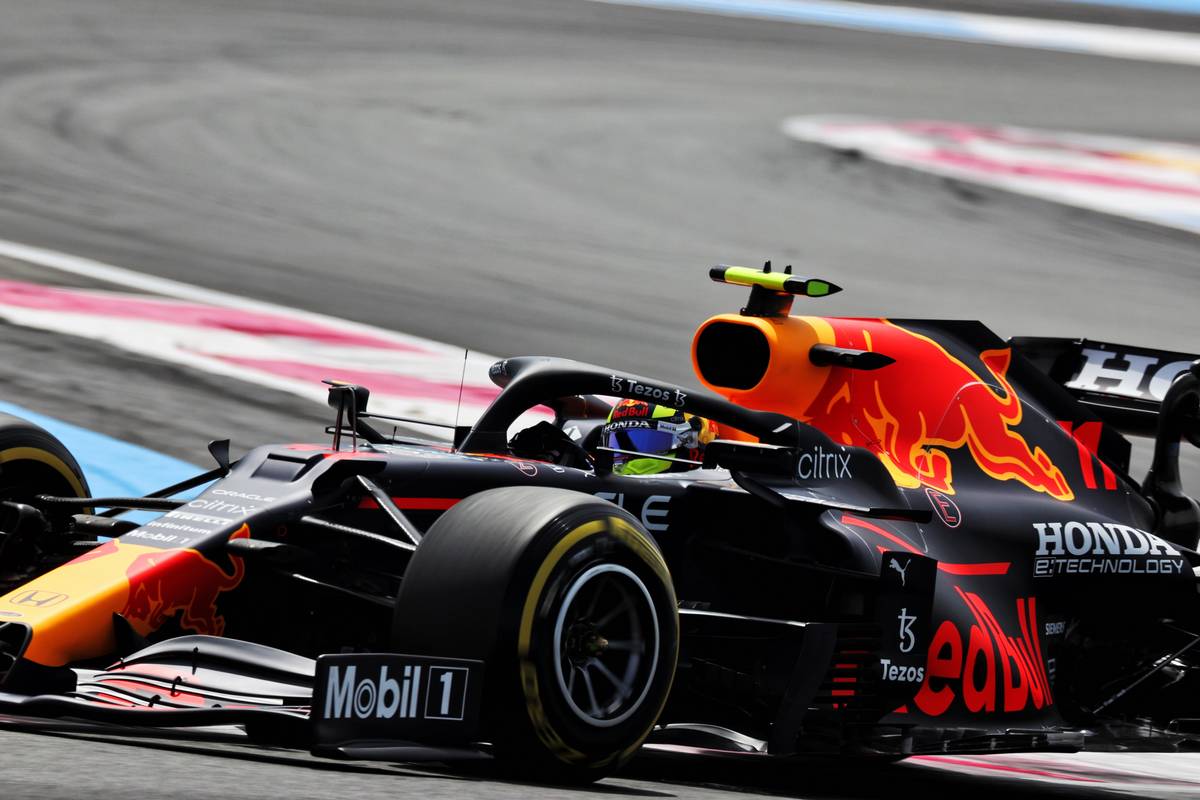 “I got a pretty bad run of traffic today so it probably looks worse than it actually is on the time sheets," said the winner of the most recent race in Baku. "We look to be there or thereabouts and Max had a good day on pace.

"We tried some changes during the sessions and so tonight we’ll look at them to see what worked and hopefully we can find some pace overnight so we are right in the mix tomorrow.

"Coming from Baku, obviously this is a very different track," he acknowledged. "But we’re continuing the good momentum, the understanding of the car is getting better, and there are plenty of positives to take from today.”