Red Bull's Max Verstappen took charge of the times in second practice for the French Grand Prix, the first time Red Bull has topped a practice session at Circuit Paul Ricard since F1's return here in 2018.

Although Verstappen damaged his front wing early in the session and Nikita Mazepin went for a harmless spin, there were few notable incidents to compare with those seen in FP1.

It had been an eventful start to the weekend on Friday morning, with several drivers testing the circuit limits at turn 2 in particular - including Valtteri Bottas, whose Mercedes suffered front wing damage but who still set the fastest time in first practice. Ferrari's Carlos Sainz was another to go for a spin, while Sebastian Vettel had clouted the back of his Aston Martin on the barriers at turn 11. 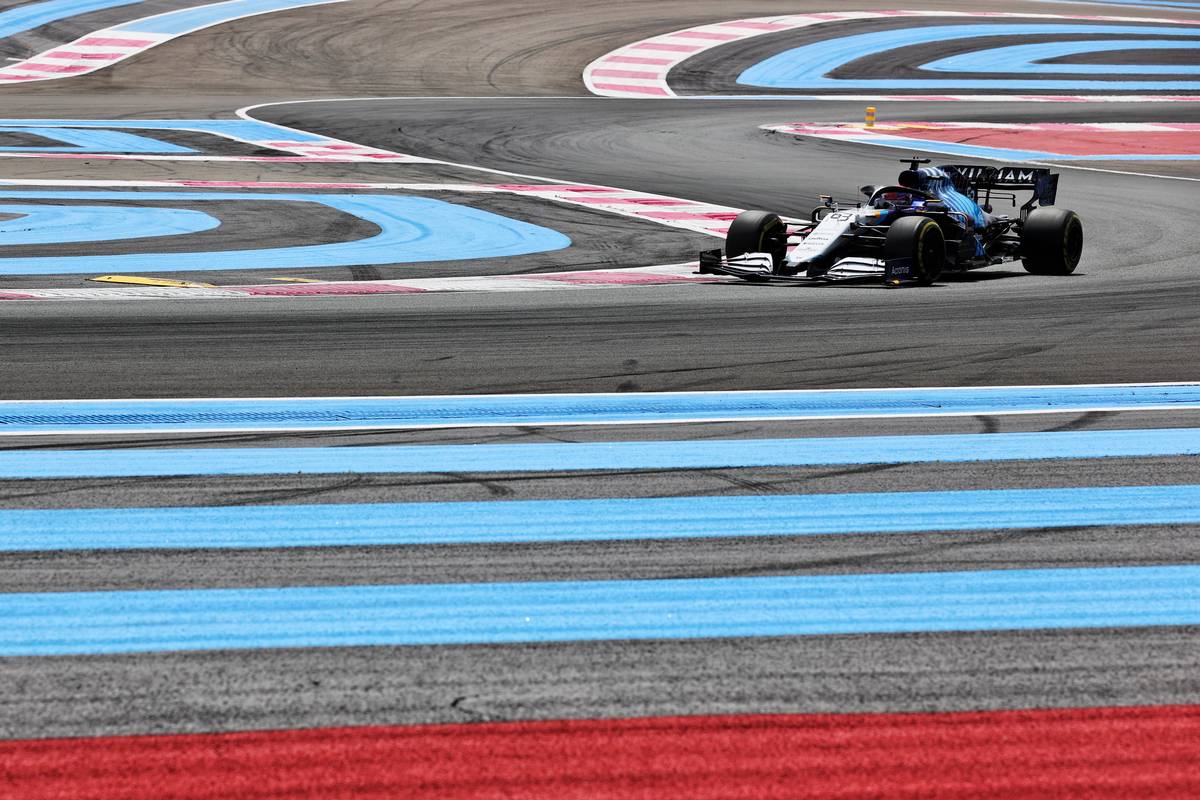 Now the lights were green at the end of pit lane signalling the start of the second hour-long session of the day following lunch, with the hot sunshine continuing to bake the circuit to an afternoon high of 46C. It was a slightly sluggish start before cars emerged from the garages, led by George Russell who had sat out FP1 in favour of Williams reserve driver Roy Nissany. Mediums were the majority tyre choice, but Aston Martin's Sebastian Vettel and Lance Stroll were on the soft tyres while Nicholas Latifi and Fernando Alonso were exploring the possibilities of the hardest compound.

Bottas duly picked up where he had left off by going top with a time of 1:32.880s, over a second quicker than Red Bull's Max Verstappen and Sergio Perez, while Alonso, Kimi Raikkonen and Sebastian Vettel were two seconds away from Bottas' benchmark. McLaren's Lando Norris soon slotted into the gap between the two groups in fourth, while Lewis Hamilton took an extra warm-up lap but was still unable to match his team mate's time, slotting into second with a 0.409s deficit.

After addressing a problem with a visor tear-off getting caught in an air intake, Esteban Ocon was soon fifth fastest, while Haas' rookie Nikita Mazepin to suffer a spin, a harmless affair at turn 15 similar to the mishap suffered by Yuki Tsunoda in the morning. The Russian was quickly back underway, no harm done. Meanwhile his team mate Mick Schumacher also had a scare as he ran wide over the high kerbs in turn 2, and Verstappen inflicted some damage to the front wing of his Red Bull at the same point. It triggered a brief Virtual Safety Car to allow the marshals to clear the debris, and complaints from the Red Bull pit wall to race director Michael Masi about the 'disproportionate' penalty inflicted by the kerbs for running wide. 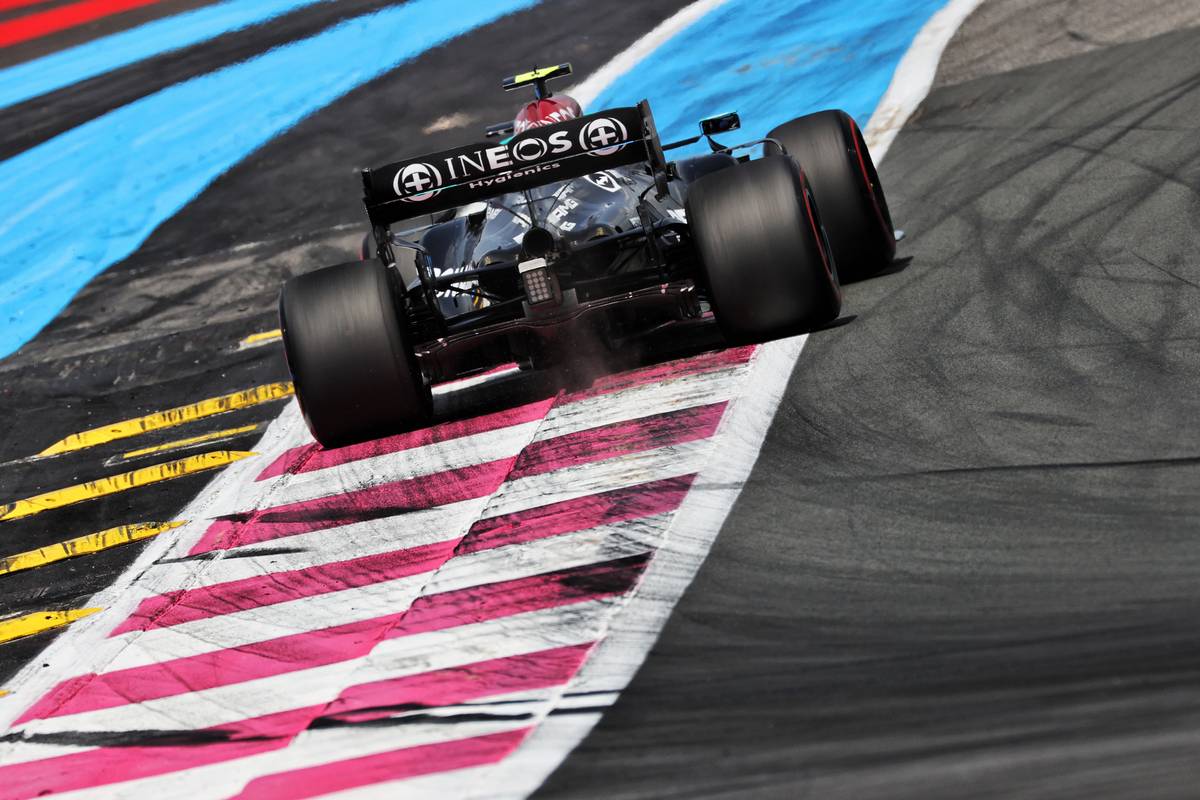 Bottas soon switched to the soft compound but found no improvement on his time, with understeer in the final sector proving an issue. Perez also switched to the red walled tyres and put in a super-slow outlap but also faile to find an improvement on his earlier run. Ocon did gine some extra speed to moving into third and within a second of Bottas, as Hamilton found an extra tenth and a half, the quickest soft-shod lap of anyone so far but he remained second overall. Alonso confirmed Alpine's pace by jumping up to third, half a second behind Bottas, with Raikkonen up to fourth for Alfa Romeo ahead of Ocon and Norris.

Verstappen was also back in action after repairs to his front wing, and his first run on the soft compounds put him top by eight thousandths of a second. After a quiet first half to the session, AlphaTauri's Pierre Gasly found good pace to move into sixth just ahead of the latest run from Sainz, pushing Raikkonen down to eighth ahead of Norris and Perez who was now just over a second off the pace of his team mate. Charles Leclerc was next to record a fast lap, splitting the two Alpine by moving up to fifth in the standings with 20 minutes remaining. 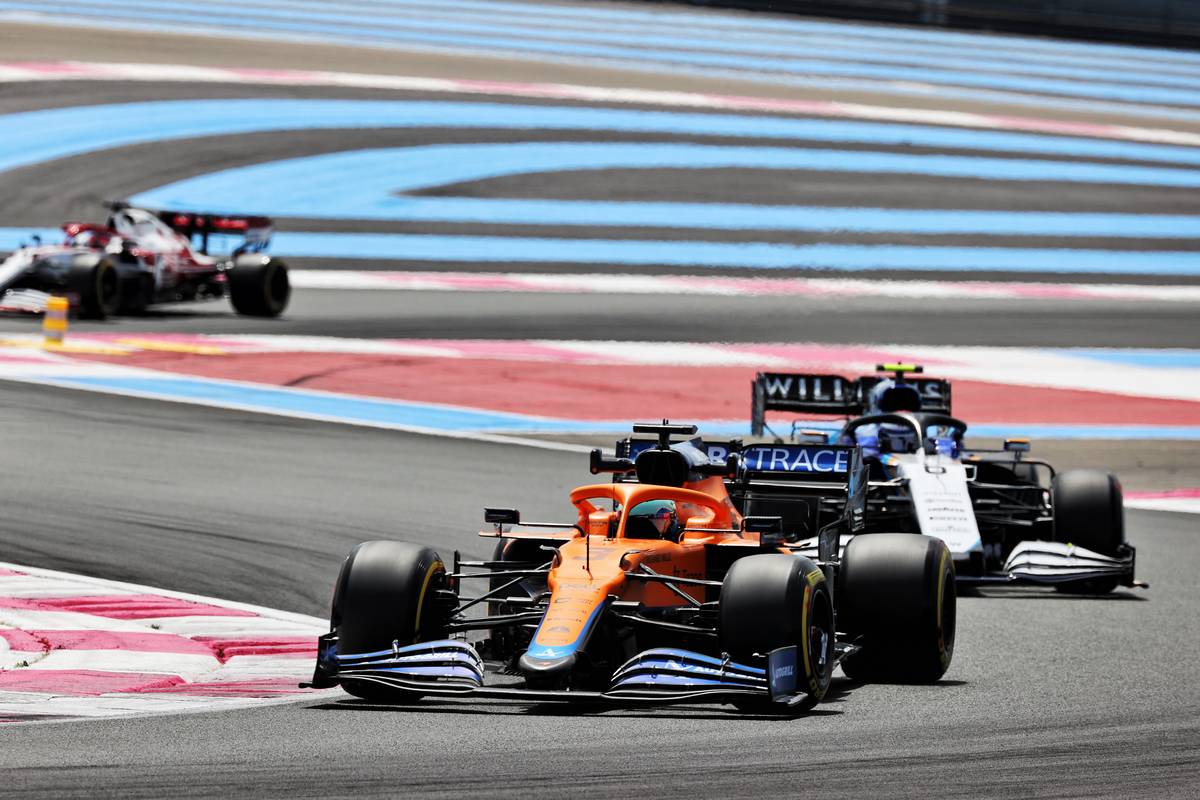 After that, drivers started to switch back to the medium compound for race simulation work for the remainder of the session. While Mazepin was seen taking to the run-off at turn 1 after scrapping with Russell, there were few changes to the order and Verstappen's best lap of 1:32.872s remained unbeaten to the chequered flag followed by Bottas, Hamilton, Alonso, Leclerc and Ocon.

Gasly ended FP2 in seventh followed by Sainz, Raikkonen and Norris with Antonio Giovinazzi just outside the top ten followed by Perez, Yuki Tsunoda and Daniel Ricciardo. The final half dozen consisted of teams coming in two-by-two, with Aston Martin's Vettel and Stroll looking off the pace in 15th and 16th followed by Williams duo Russell and Latifi, and Haas proving slowest of all with Schumacher narrowly pipping Mazepin.

Ocon has 'no exit clause' in new Alpine contract