Nico Rosberg questioned why Lewis Hamilton went "soft" on Max Verstappen and made no attempt to defend his lead against his Red Bull rival in the closing stages of Sunday's French Grand Prix.

After spending the better part of the afternoon chasing each other following their team's respective strategies, Hamilton and Verstappen prepared for a final showdown in the ultimate laps of the race.

But when the Dutchman closed in on the Mercedes driver on the first part of Paul Ricard's Mistral straight with just a lap and a half to go, Verstappen pulled out of Hamilton's wake with the help of his DRS and swiftly moved past the Briton in the breaking zone of the chicane.

"Unusual from Lewis, close the damn door! No?" Rosberg said. "He usually looks like the best one-to-one racer and I'm surprised that he didn't at least try.

"Then brake late and try and keep on the outside, so a bit soft there from Lewis somehow." 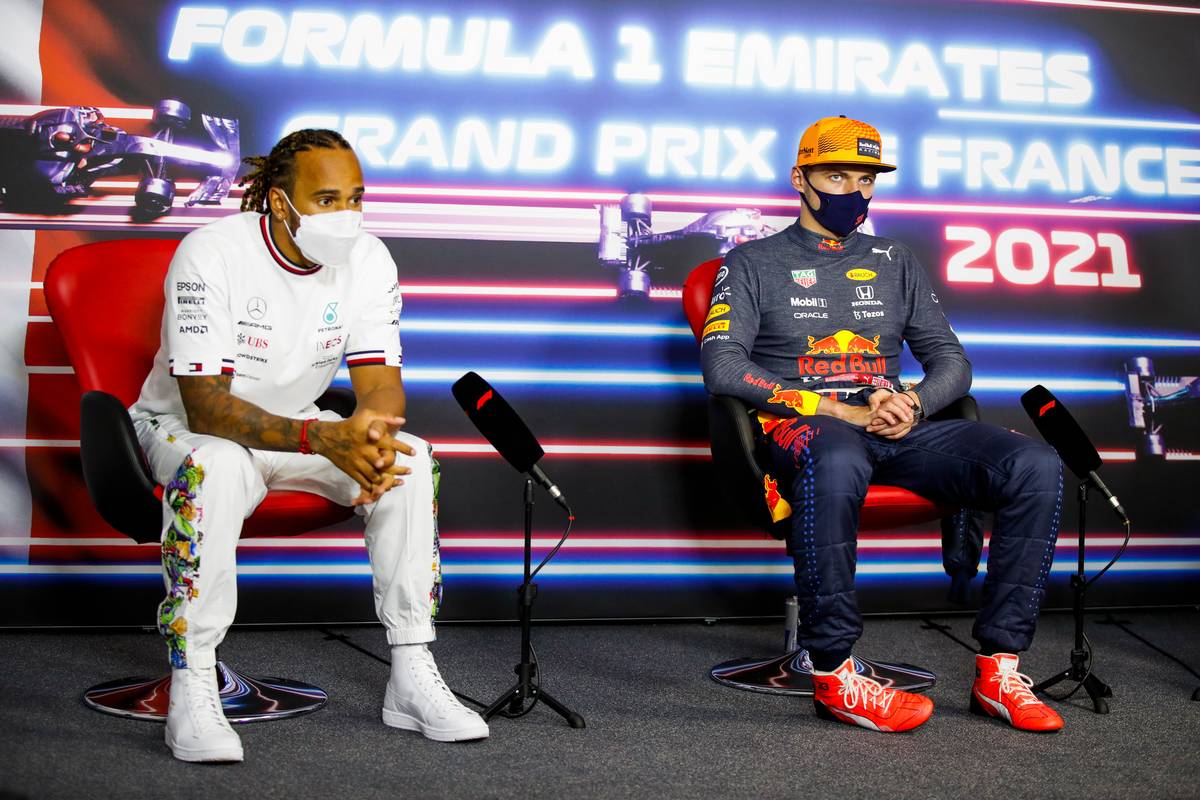 Speaking later on to the media, Hamilton said that he felt there was no purpose in resisting Verstappen's attack given the circumstances as it would have only delayed the inevitable.

"Firstly, there's marbles on the inside so I I didn't want to make my tyres any worse than they already were," Hamilton said.

"He had the DRS open, if he didn't pass me there, he would have overtaken me on the other straight afterwards, so it made zero difference.

"I just had no front end, so he would have gone the other way, so it was pointless to defend any harder. You saw what happened to Valtteri and he just ended up going straight on, so no point messing up the tyres anymore."

Bottas called out Mercedes for not following Red Bull's lead and opting for a two-stop strategy. Hamilton agreed with his teammate.

"A two-stop would have potentially done the job," said the Briton who now sits 12 points behind Verstappen in the drivers' standings.

"But it was not on the cards us at all so we will do some analysis and try and figure out why."