Alex Zanardi's wife Daniela has provided an update on her husband's progress and medical condition a little over a year after the former F1 driver and CART champion's handbike accident.

Zanardi has undergone five neurological and carnio-facial reconstruction surgeries since his traumatic hand-bike crash in Tuscany in June of last year, when the gold medal Paralympian collided with an oncoming truck while taking part in a local race.

The 53-year-old Italian was initially placed in a medically induced coma at Siena's Santa Maria alle Scotta hospital where he was admitted with severe head and facial injuries.

Over the summer of 2020, Zanardi was transferred to Milan and then to a neurosurgery unit in Padua, closer to his home.

According to a report published last December by Italy's Corriere della Sera, Zanardi had recovered his hearing and sight, and was capable of shaking hands with his doctors.

While he continues to follow a "complex" rehabilitation process, Zanardi has yet to recover his speech capabilities. 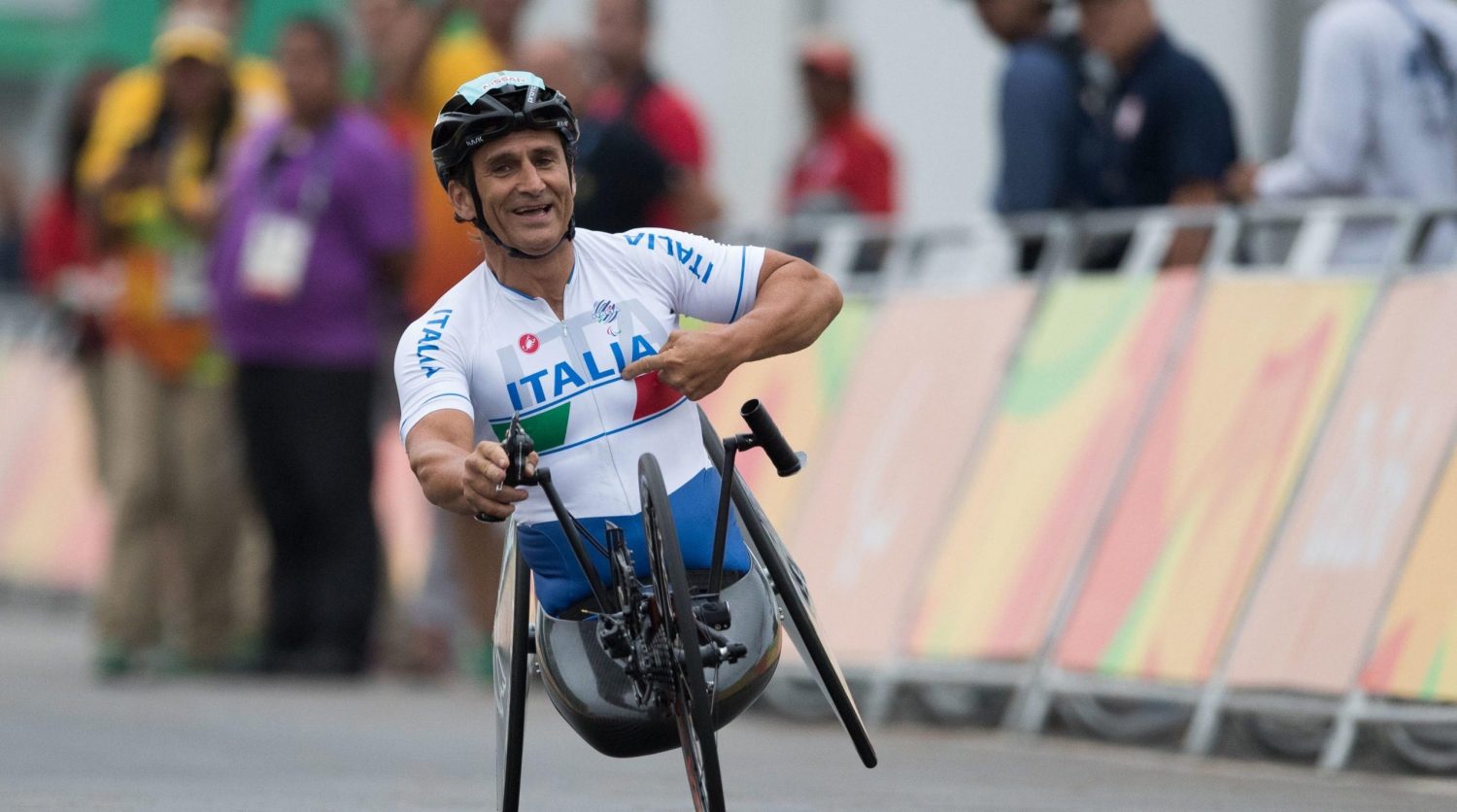 "One year after the accident, Alex’s condition is essentially stable," said Daniela. "He is currently in a special clinic, where he is undergoing a rehabilitation programme.

"This includes multimodal and pharmacological stimulations under the guidance of doctors, physiotherapists, neuropsychologists and speech therapists to try to facilitate his recovery.”

"It has been a very complex process that has required more neurosurgery and been characterised by a number of setbacks. Alex is in a stable condition, which means he is able to undergo training programmes for both his brain and his body.

"He can communicate with us, but he is still unable to speak. After a long time in a coma, the vocal cords must regain their elasticity.

"This is only possible through practice and therapy. He still has a lot of strength in his arms and hands, and is training intensively on the equipment.

"It is certainly another huge challenge. It is a very long journey and at the moment no predictions are made on when he will be able to return home. We put all our energy in Alex’s recovery."

Daniel expressed her gratitude towards those – friends, fans and medical personnel – who have showed unwavering support for the former driver's efforts.

"We have received so many best wishes for his recovery, and I would like to take this opportunity to say a big thank you, on behalf of Alex, for every single message," she said.

"I would like to tell all those people who are thinking of and praying for Alex that he is fighting – as he always has done.

"The affection we have received from friends, fans, acquaintances, athletes and those involved in motorsport over the past year has been nothing short of touching and overwhelming and has been of enormous support for us in dealing with all this.

"However, a very special thank you goes to the medical personnel."

Verstappen: No burnout? 'I'll do a doughnut next time!'